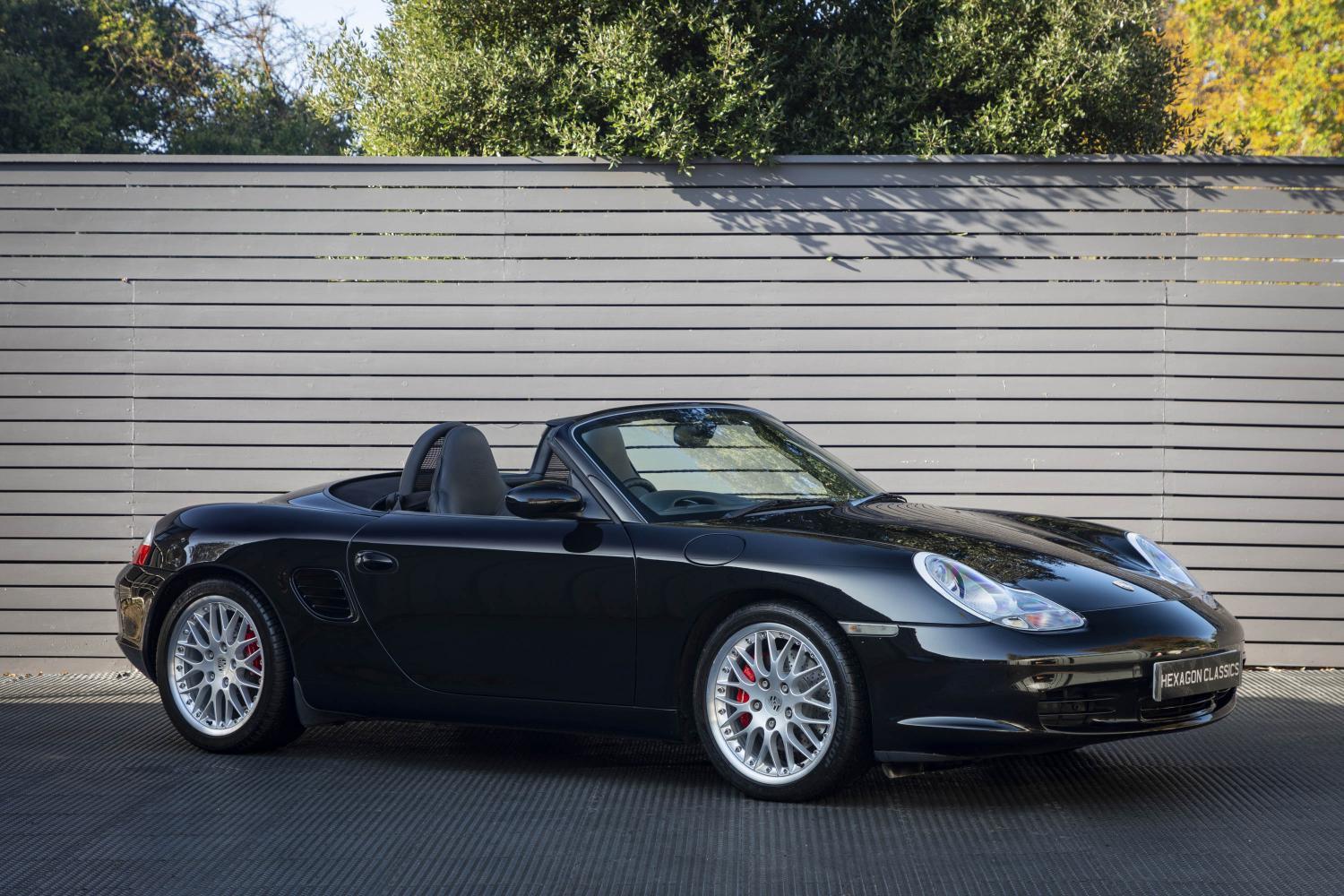 Hexagon Classics are delighted to offer a unique Boxster S 3.2 with what must surely be one of the highest specifications of any Boxster S available. The car has a whole host of important optional extras and benefits from the added luxury of several Porsche Exclusive Dep’t items.

EVO magazine reviewed their long-term test Boxster S, commenting “The chassis was the peach everyone claimed it to be while the creamy yet pleasingly gruff 3.2-litre flat-six had so much more character than I was expecting; by comparison, my earlier M3 seemed a bit 'thin' despite its straight-six producing the goods in the performance dept. In fact, where you might have expected a larger, blander version of an Elise or VX220, I found a car capable of getting under your skin in a big way.”  They continued, “The comfort came as a bit of a surprise, since on top of the standard 'S' spec I’d thrown in bigger wheels for good measure…  the digital speedo, which I didn't expect to like, makes total sense now, and I took to using it in preference to the regular needle 'n' dial speedo the car also has. Two boots swallowed enough clobber for a ten-day holiday in the Alps with a few useable nooks in the cabin, too. There were even cup-holders, for heaven's sake. The hood was simplicity itself with just one headrail catch and a 12sec total operation time following the press of a button. Naturally, it was totally draft-and leak-free, with very little buffeting when down.”

The first six services were carried out by Porsche Centre, Reading, and the Boxster S was subsequently serviced by respected Porsche specialists.   Complete with all handbooks and the spare remote key, the vehicle has recently received a Porsche specification schedule service and will be supplied with a comprehensive 12-month written warranty.