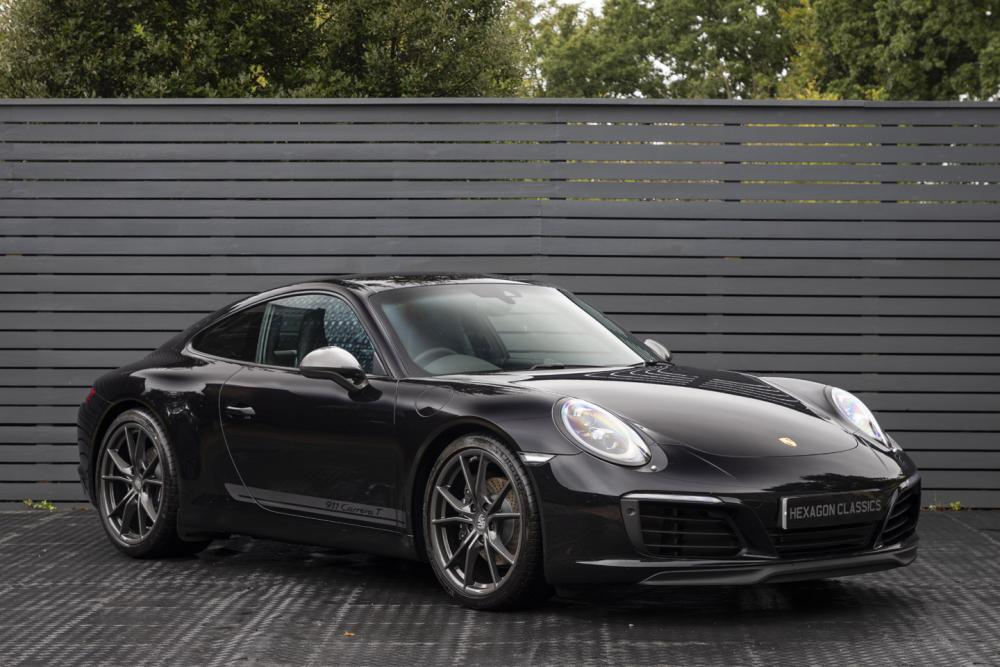 Hexagon Classics are delighted to offer this stunning, low mileage Porsche 911 T. With the 991 generation of the Porsche 911 taking a slightly softer and less analogue approach, many feared that Porsche had lost its way when it came to building the ultimate sports cars. The introduction of a turbocharged, 3.0 litre flat six created doubters amongst the enthusiasts, but it was the 911 T that instantly proved the sceptics wrong.

Dan Prosser of Autocar and Drive Nation described the Porsche 911 T as “the most engaging driving experience in its class.” The 911 T proved that Porsche had not lost its ability to create fantastically engaging driver’s cars and that despite the new engine not providing quite the same character and soul as the previous generation, its ability to deliver performance in a beautifully analogue way was unquestionable. This back to basics feel was further enhanced by option to fit a 7-speed manual transmission as opposed the PDK gearbox. These manually optioned cars are the most desirable and sought-after examples on the market.

The car on offer here today is presented in highly desirable colour combination of jet black metallic with black leather interior. Alongside the colour scheme, the car comes fitted with an extensive host of factory fitted optional extras. These include the much sought after 7-speed manual gearbox, sports chrono package plus, fitment of rear seats, rear axle steering and Bose surround sound. This is a highly specified car that provides the perfect combination between an analogue, sporty focus and comfort. With very low mileage and a much-prized specification, this is a fantastic opportunity for the enthusiast look for a 911 that might just be the purest of the entire 991 generation range.