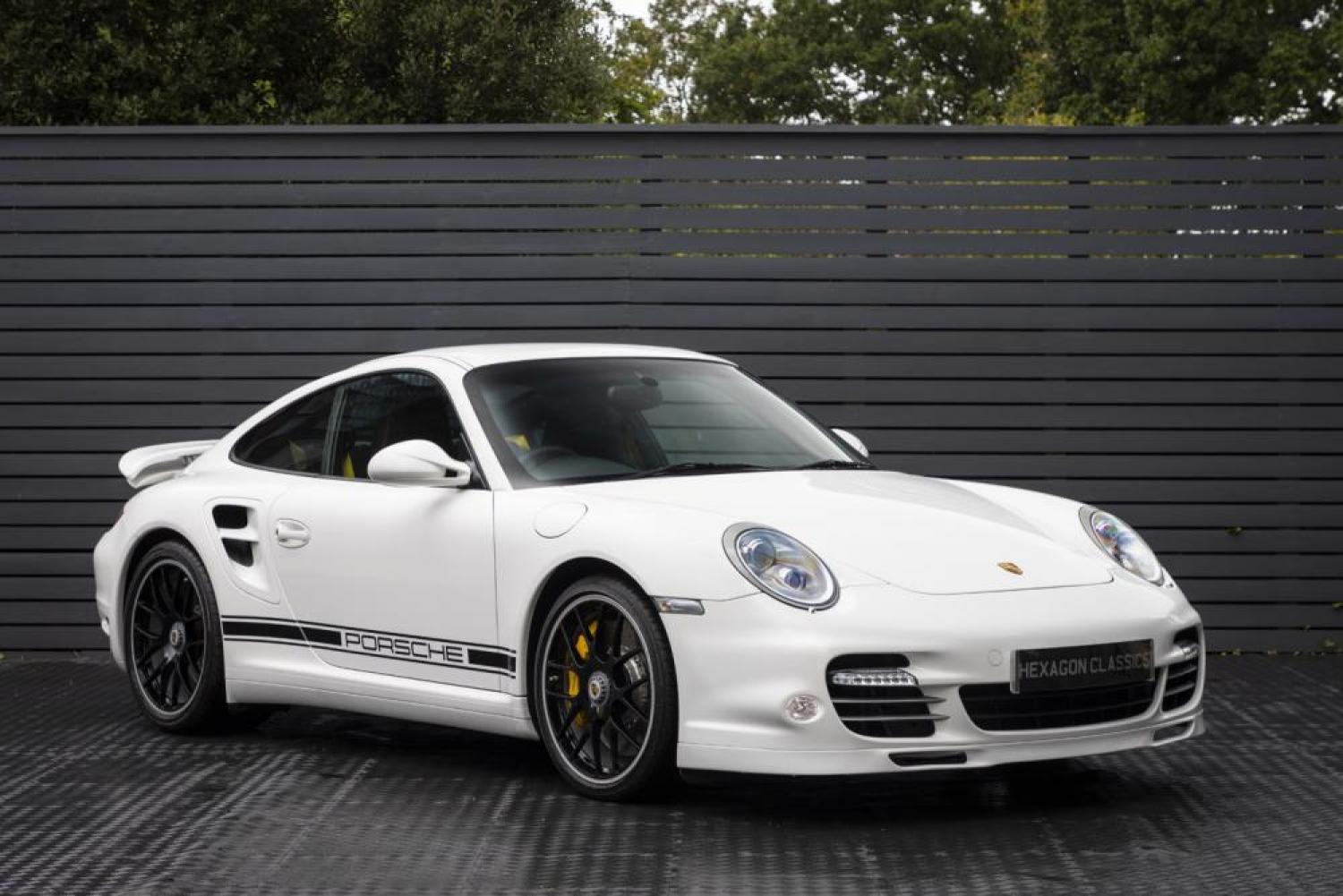 Hexagon Classics are delighted to offer this stunning Porsche 997 Turbo S with benefits from a long list of factory options and Exclusive specification.

When Porsche released their Generation II 997 Turbo S, few could see how they would go about improving the car over the already excellent standard Turbo. However, with additions such as an increase of 40bhp and the fitment of Carbon Ceramic brakes as standard, the Gen II Turbo S raised the bar once more. Power rose to 530 bhp and the 0-60mph time fell to just 3.1 seconds. Improvements were also made in terms of time from 0-100mph which now took just 7.1 seconds. Top speed was raised further to 196mph.

These performance improvements were mainly achieved by raising the turbo boost pressure from 0.8 bar to 1.0 bar. This raise in boost pressure was also complemented by new, lightly modified turbo vanes and a carbon fibre air manifold. This allowed the S to produce another 37 lb/ft over the normal Turbo which was key in giving the S that added low down punch over the Turbo.

This Turbo S is equipped with the PDK transmission that was fitted to all Turbo S models, alongside the important Sports Chrono Package. This helps with throttle response and gives the ability to control the damper and stability settings with the touch of a button. It also included the latest 911 Turbo’s four-wheel drive hardware and PTV, or Porsche Torque Vectoring, which varies the drive to each individual rear wheel for more neutral cornering and spectacular traction.

Supplied new by Porsche West London in June 2012, the car been regularly serviced throughout its life. This is a great opportunity to acquire a very low mileage example of the last and best-ever version of the 997 Turbo.  Available to view now at our London showrooms.