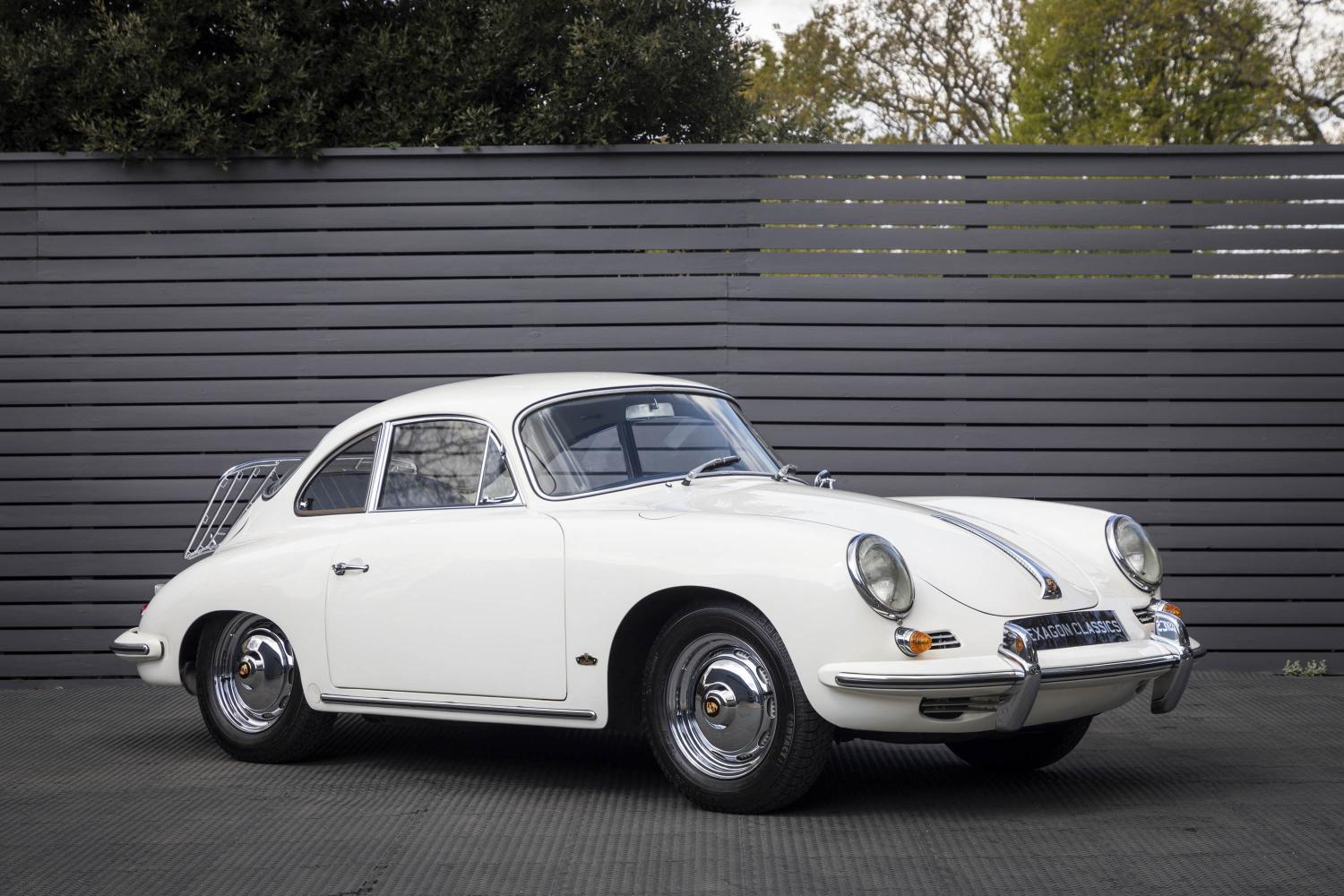 Hexagon Classics are delighted to offer this very handsome, late-production Porsche 356B, now fully restored by experts, and which retains its original colour scheme.

The Porsche 356B was a much better car than its predecessors. The improvements to the chassis did much to curtail the older cars tendency towards oversteer.  It remained one of the world’s most reliable sprots cars with the usual excellent build quality. The 356B had a superior look to the A model, which brought many new admirers. The front wings adopted a different profile to accommodate the headlights, which were mounted higher at a more vertical angle. The bonnet became more contoured at the front, and the nose panel is more deeply raked. Quarterlights, which had not been standard since the original Gmund cars, were built into the door windows. The 1582cc engine produces 75 bhp at 5,200 rpm, enough to keep things very interesting in such a light, compact sports car.

The larger windscreen of the T6 transformed the whole character of the cabin. The interior appeared lighter and more spacious, and visibility was greatly improved. The shorter, chromed gear lever produced a more precise feel to the gear changes. In essence, the 356B remained true to Ferry Porsche’s philosophy of “leaving well alone if it works.” Its reputation for reliability and longevity became legendary.

The 356B is complete with its Porsche Certificate of authenticity, which shows that it was supplied new by Competition Porsche of Culver City, USA in June 1963. Registered in the UK in 2014, the car underwent a full restoration with Porsche Centre Swindon and marque experts Frances Tuthill in 2015. After sale, OPC Swindon have continued to maintain the 356B, and significant sums have been regularly spent in order to maintain the car in top condition. This example is testament to the expert care expended and offers a real opportunity for a new owner to benefit from the attention to original details employed in its restoration.

The Porsche 356B available to view now at our London showroom.