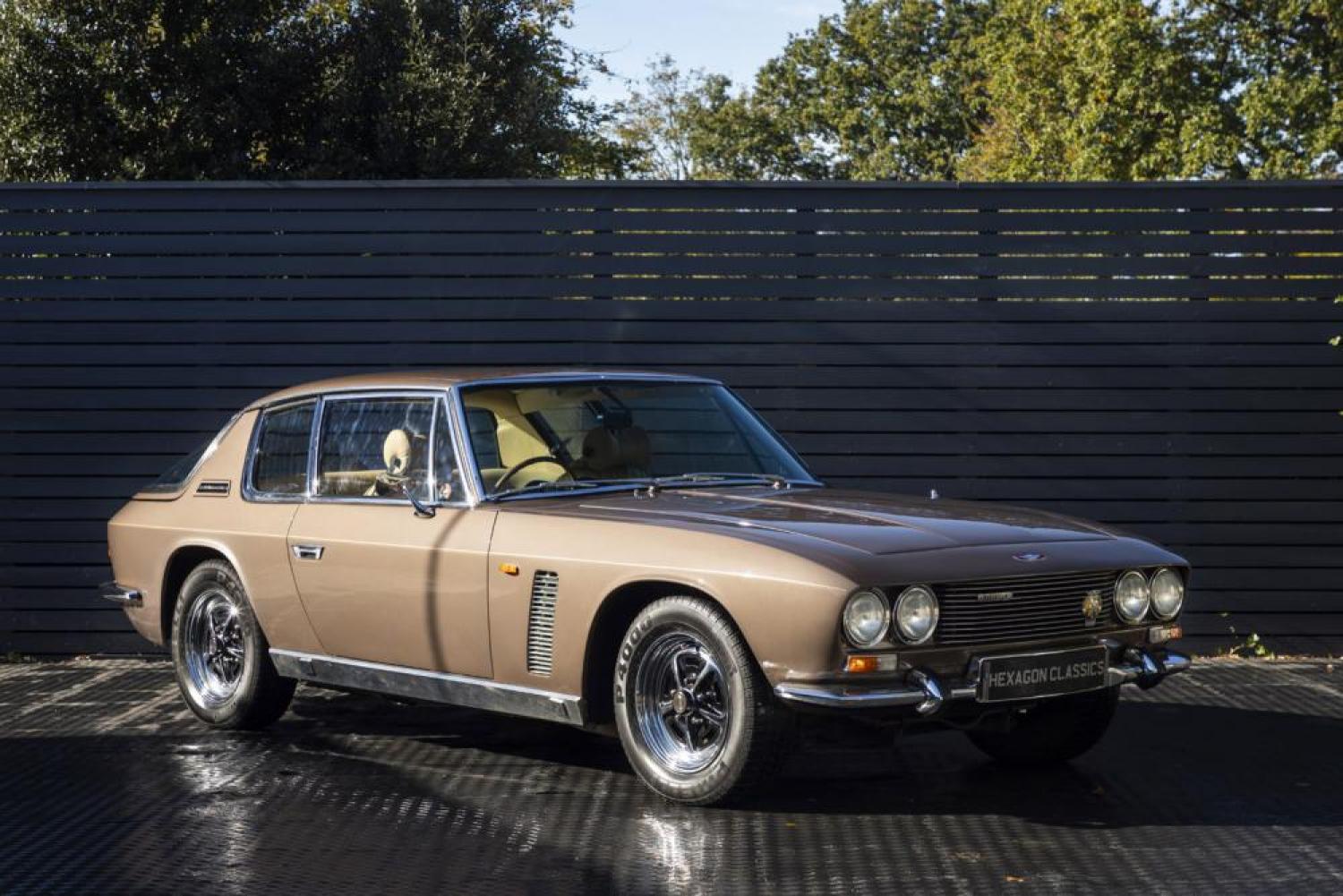 Hexagon Classics are delighted to offer this Jensen marque specialist-restored Interceptor Series I. One of the desirable Series 1 6.3 litre cars, this is the rarest version with a total of just 1024 units produced.  Less than 50 examples are believed to survive.

The Jensen Interceptor first went in to production in 1966 and continued to be made right through until 1976, during which time four iterations of the car were produced.  The Interceptor was styled by the famous Italian styling house, Carrozzeria Touring of Milan, and very early examples were built by Vignale. The cars were then produced at Kelvin Way, West Bromwich, where the bodywork was mated to a 6.3 litre Chrysler-sourced V8. Its luxurious standard specification included power steering electric windows, reclining front seats, a wood rimmed steering wheel, radio with twin speakers, reversing lights and an electric clock. It became known as the “Birmingham Ferrari”.

An extremely fast car for the period, 0-60 mph came up in just 6.4 seconds, which was quicker than the E-Type and Aston Martin DBS6. Top speed was comfortably over 130 mph.

This Jensen still retains its original engine and Torqueflite automatic gearbox. During the last decade, the car has been the subject of a complete restoration and is still in fantastic condition. Aside from the restoration, in recent years the car has been given an extensive list of upgrades to further enhance the cars usability and appeal. The list of the modifications includes the fitment of uprated adjustable dampers, an uprated alternator, electronic ignition, high torque started motor, twin cooling fans, and a stainless-steel exhaust. Additionally, the cylinder heads and engine have been modified to run on unleaded fuel.

The car is offered in its original factory colour scheme of Moorland Peat with Beige hide interior. The Jensen also comes complete with an extensive history which includes the Jensen factory’s quality control sheet, bill of sale from Phillip Mist (Autos) Ltd, Birmingham, and subsequent service invoices and receipts from throughout the car’s life as well as detailed photographs of the restoration. The three history files include a photographic record of the restoration in 2007 by C & H Autos, Roding. To look through all the files is a truly fascinating journey.

Presented in excellent condition it offers a great opportunity to acquire one of the iconic 1960’s British GT cars. It remains not only one of the lowest value prestigious classics and has the benefit of being simple to own and maintain.

Inspection of the car at our London showrooms is highly recommended.