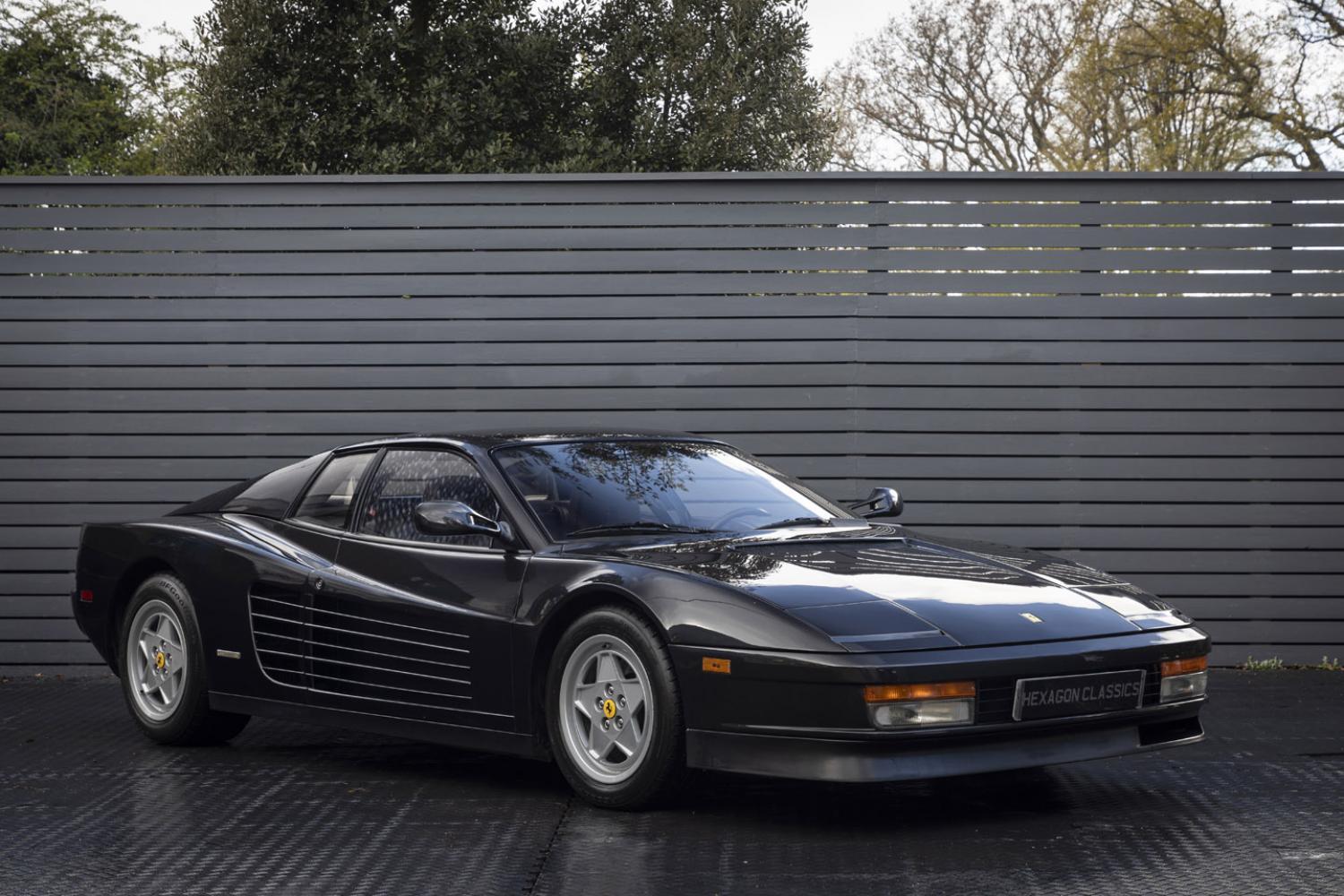 Hexagon Classics are delighted to present this very low mileage Italian thoroughbred, in its original black colour combination, which was first registered in the USA, on 29th January 1992.

Ferrari unveiled its Testarossa at the 1984 Paris Auto Show to the acclaim of enthusiasts who thought the company’s new flagship looked modern, edgy and aggressive, with its prominent strakes that filled its wing-mounted air intakes. The design clearly came from Pininfarina. There is no denying that the Testarossa had exotic looks, and it quickly became the car to have as well as Ferrari’s best-selling 12-cylinder model to date.

With a claimed top speed of 180 mph it was the world’s fastest road car and it could reach 60 mph in a little over 5 seconds. This impressive pace came courtesy of a 4.9 litre flat-12 48 valve engine that produced 390 BHP, 40 BHP more than its predecessor, the Berlinetta Boxer. The rear mid-engine, rear-wheel drive layout with the engine between the axles, but behind the cabin, kept the centre of gravity in the middle of the car, which increased stability and improved the car's cornering ability, and gave a standing weight distribution of 40% front and 60% rear.

The engine’s four-valve, red-painted cylinder heads also gave the Testarossa its name: “Redhead,” a title first used on the 1950’s Testa Rossa sports racers. Compared to the BB, the longer and wider Testarossa offered more interior and storage space, as well as a much more user-friendly driving experience. Seasoned investors have now turned their attentions to the Testarossa.

Our car is presented in wonderful condition and has been detailed to the highest standards, having benefitted from a recent major service, belt change and re-commissioning at a Ferrari main dealer for almost £15,000.  This late model ultra-low mileage car is certainly a mouth-watering prospect!

Now UK registered, our Testarossa is available for immediate inspection at our North London showroom.