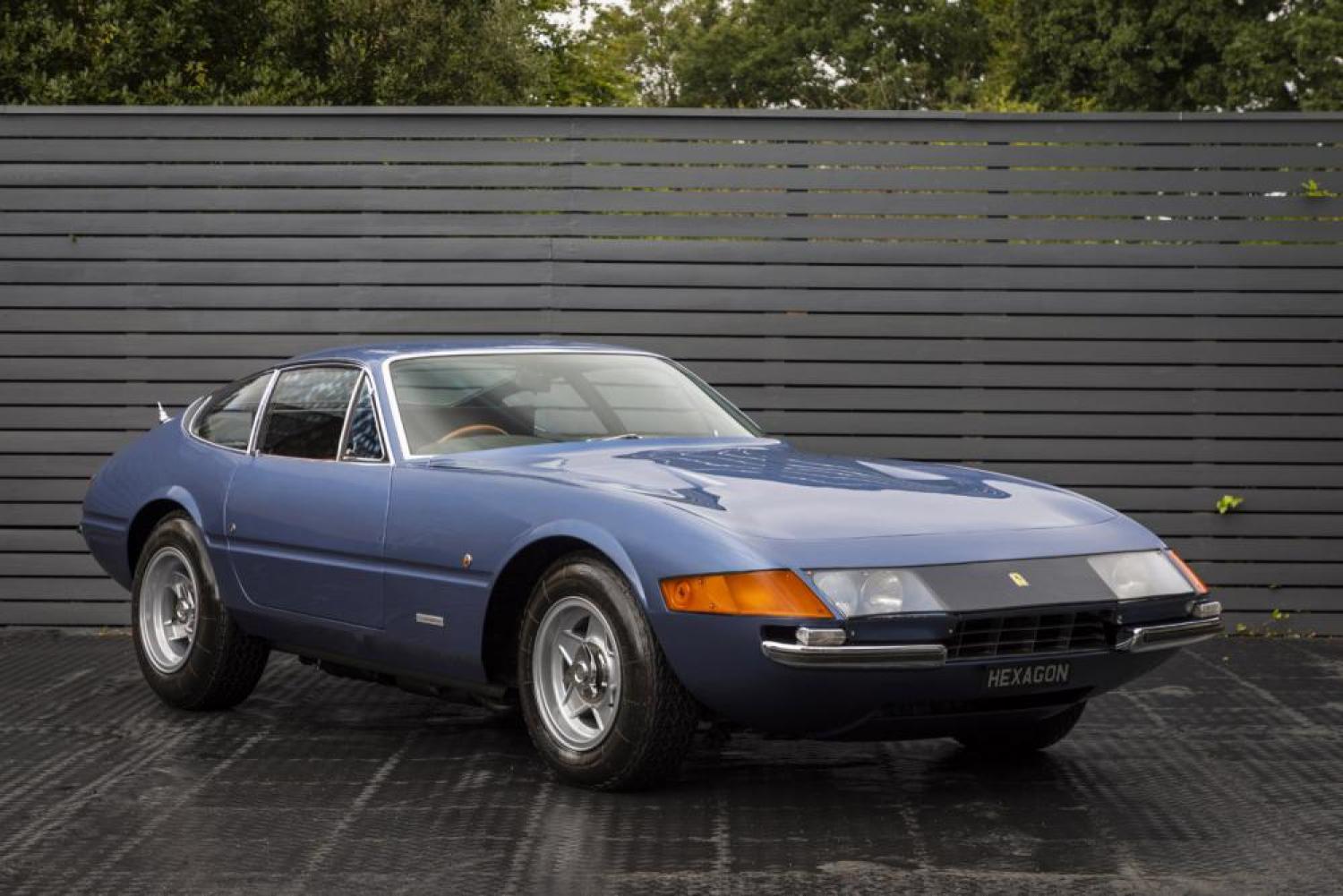 Hexagon’s Daytona is one of the early Plexi-glass cars and has a fascinating history behind it. In December 1968, renowned Ferrari collector Colonel Bob Roberts wrote to Colonel Ronnie Hoare, owner of Maranello Concessionaries, and expressed his desire to buy a Daytona. During his correspondence with Colonel Ronnie Hoare, he expressed concerns that the seats may be too narrow for him. Because of this, the car was eventually delivered by Ferrari in July 1970.

The car cost just £8,835, which was a £482 discount from the cars official price tag. However, upon receiving the car it is said that the Colonel was less than delighted by his latest purchase. The car came with a few minor blemishes and faults, such as the carpets being presented in the incorrect blue. Being a perfectionist when it came to his cars, Colonel Bob Roberts also decided to test the top speed of the car. The claimed top speed was 173mph but when the Colonel tested his Daytona, the car only reached 171mph. Having complained extensively to Ferrari, the car was taken back to the factory to be checked. Upon the cars return to the Colonel, it reached 174mph which was better than the claimed top speed of the car.

The car comes with two complete history files documenting its entire life as well as any work that has ever been done to the car. It is a fully matching numbers car which has only covered 8,000 miles since 1975.

Throughout the lifetime of this car, it has only ever had three owners, all of whom were prestigious about originality and provenance. The fact the car has almost always been stored in a garage, as well having rust prevention treatment added when new, goes a long way in explaining why it is still in such wonderful condition. The car has been professionally repainted during its life and the engine has recently undergone a complete re-commission by Ferrari Marque specialists. This stunning Daytona is available for viewing at our London showroom.