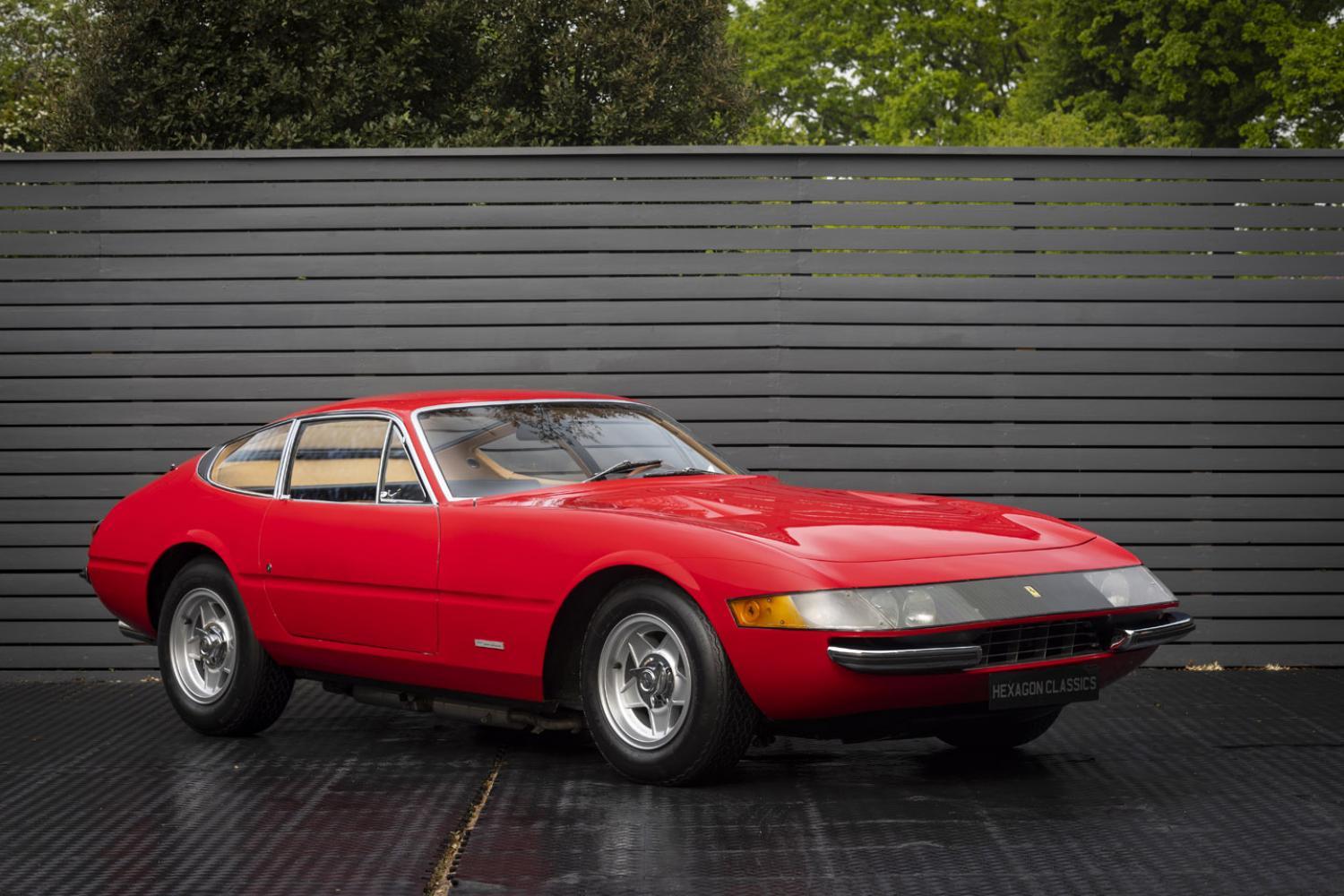 Hexagon Classics are delighted to offer this example of the sought-after Ferrari Daytona plexi glass with Ferrari Certification in progress.

.  US safety regulations meant that the plexi glass version became short-lived, and in 1971 pop-up headlamps were fitted instead.  A little over 400 plexi glass-fronted Daytonas were manufactured, and Ferrari collectors now view those cars as the most attractive and desirable version of the model.

The first cars to bear the name of Enzo Ferrari appeared only 70 years ago, but in that period they have built a legend for delivering uncompromising performance from their V12 power units whilst clothed in some of the most exciting and elegant Italian coachwork designs.  From the earlier 275 GTB/4, a natural development was the larger-engined 365 GTB/4 (commonly known as the Daytona after the car’s strong result in the 24-hour race of the same name in 1967), and this was the swansong for the successful front-engined Grand Turismo Berlinetta series. The deliberately aggressive shape styled by Pininfarina and the uncompromising mechanical specification ensured its success in the very demanding sports car market.

The 352bhp is delivered by the race-bred engine via a five-speed rear transaxle mounted in a welded steel tubular chassis frame.  Independent road tests gave a top speed of over 174 mph in standard form, which in the early 1970s was an amazing feat. 0-60 mph was achieved in just 5.4 seconds. Such capability confirmed the 365 GTB/4 as the last and fastest in the long line of competition-bred front-engined Ferrari grand touring cars.

The Daytona was truly a motoring masterpiece. It was also ultra-flexible and relaxing to drive, and was a true grand tourer, just as Ferrari had envisaged. They could eat up hundreds of miles in supreme comfort.  It also had the handling to frighten its tail-heavy Muira rival, along with most other cars of its day.

Our Daytona has recently been serviced and re-commissioned by a Ferrari main dealer. It comes with its original owner’s leather handbook wallet, dealer directory and even the polishing cloth! The tools are also with the car.