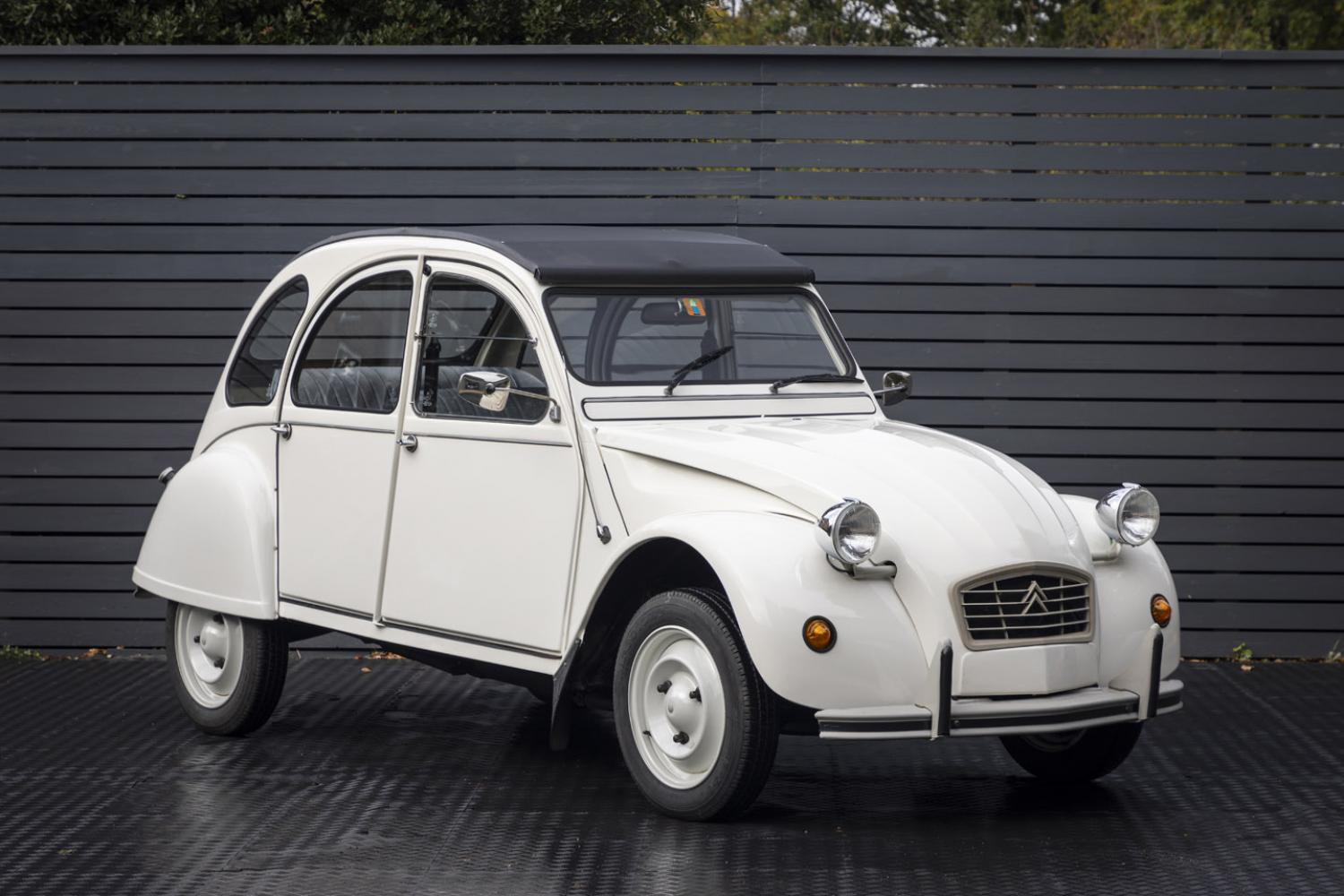 Hexagon Classics are pleased to offer this classic air-cooled French masterpiece, the 2CV. Originally supplied in Germany, the car has enjoyed extensive restoration in recent years. Fresh out of Swiss ownership, the car is now UK registered. Being a late 602cc example, it enjoys 33 bhp, disc brakes, and reached a top speed of 71 miles per hour.  0 - 60 is achieved in a remarkable 27.3 seconds, and economy is a claimed 50 mpg at cruising speeds.

The engine uses its oil for cooling and lubrication which removes the risk of overheating from jammed thermostats that often affect water and air-cooled engines. The engine can withstand many hours of running under heavy load at high engine speeds even in hot weather.  The engine's design concentrated on the reduction of moving parts. The cooling fan and dynamo were built integrally with the one-piece crankshaft, removing the need for drive belts. Engines can often last for more than 300,000 miles.

The celebrated motoring writer L.J.K. Setright described the 2CV as "the most intelligent application of minimalism ever to succeed as a car… a car of remorseless rationality."

The 2CV Type A made its debut at the Paris Mondial l’Automobile in 1948, and went on sale the following year, the Deux Cheveaux or “Tin Snail” became a staple of French motoring life. The 2CV was a commercial success, within months of it going on sale there was a three-year waiting list, which soon increased to five years! The last 2CV was produced in Levallois, Paris, France in 1988 and the Portuguese satellite factory at Mangaulde build their last car in 1990.

These cars are utterly captivating, full of interesting design details, and great fun to own.  They are in a class of their own, and rightly deserve their cult motoring status. We have just enjoyed a wonderful trip from Switzerland back to London, and the car has not missed a beat.  A new 12-month MOT has been also carried out, (with no advisories).