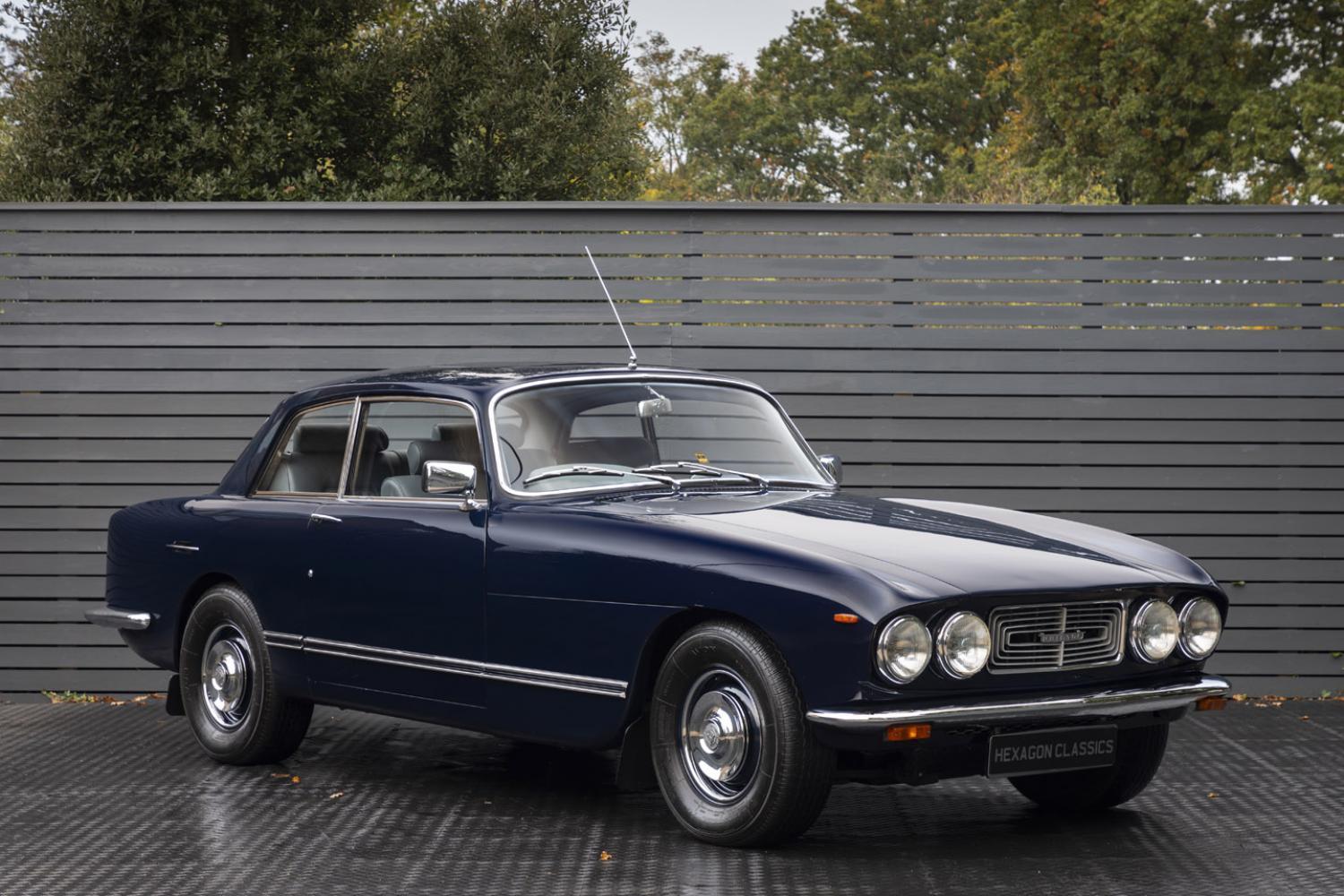 Hexagon Classics are delighted to offer this modern sports classic, which surely ranks amongst the most underrated of all modern hand-built British sporting cars. The Bristol 411 is a 2 door, 4 seat automobile which was built by the British manufacturer Bristol Cars from 1969 to 1976. It was the fifth series of the Chrysler V8-engined Bristol models. The much larger big-block B series V8 engine of 6,277 cc, as compared to the 5,211 cc of the 410, gave the 411 an estimated 30 percent more power than had been found in the 410. The 411 was capable of 230 km/h / 143 mph. To cope with this extra power, a limited slip differential was fitted. For this Series 4 of 1974, the compression ratio was reduced dramatically, from 9.5:1 to 8.2:1, but this was compensated by using a larger version of the B series engine with a capacity of 6,556 cc, or 400.1 cubic inches. Power is 264 bhp at 4,800 rpm. 0 – 60 mph is achieved in just 7 seconds. 411 S4 had a rectangular grille shape with a concentric chromed rectangular pattern, and rectangular rear light clusters.

The car was rated highly for its comfort, performance and handling by contemporary reviewers. ‘The Bristol 411 is a car for the very wealthy but has many special virtues – this is a modern quality car of traditional British excellence.’ – John Bolster, Autosport. Bolster then continued, ‘Almost accidentally, the Bristol has become the fastest genuine touring saloon, beating the Mercedes-Benz 300 SEL 6.3 both for maximum speed and acceleration… Even after cudgelling one’s brains, it is difficult to find any points for criticism.’ Long-time Bristol Cars enthusiast LJK Setright penned in Car magazine after driving one: ‘Maybe Bristol is one of the few real practical motor cars left. So long as you’re on the inside, it is splendid.’

Our 411 shows just 37,500 miles believed to be accurate, supported by a large amount of historic MOT’s, invoices for works and tax discs, and owner’s club information. Restored and ready to enjoy, this is a wonderful opportunity to own one of the true quality, modern British motoring classics.