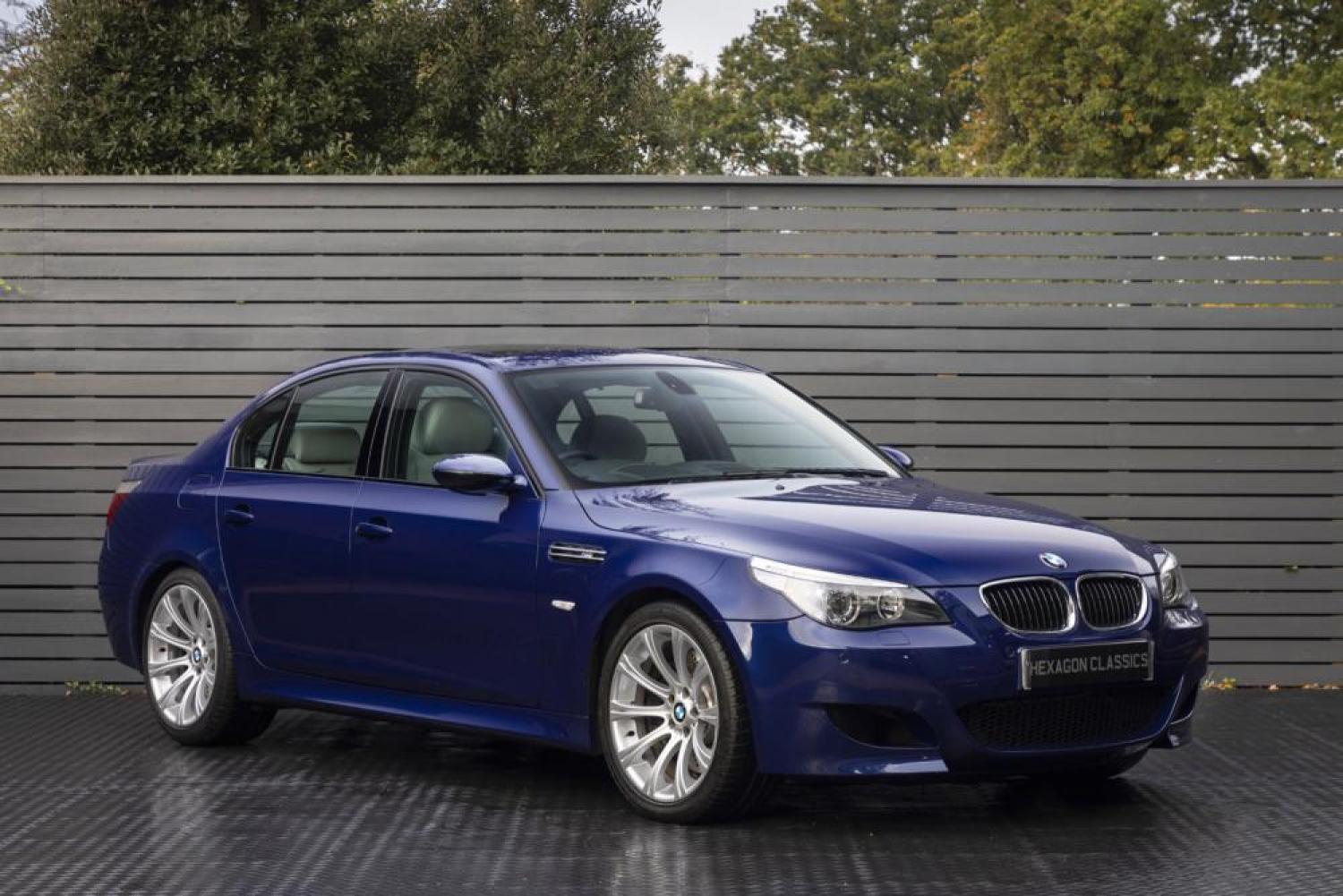 After representing BMW and MINI in London for over 40 years, Hexagon has seen some fantastic examples of pre-owned M-Power cars, and this particular M5 (E60) is up there with the very best of them.

Supplied in September 2005 by BMW Holland Park, London, this M5 has had just two private owners. It boasts 9 BMW main dealer services, including the all-important running-in service in October 2006. This M5 has literally wanted for nothing in terms of its regular maintenance.

The BMW M5 is a high-performance variant of the 5 Series executive car built by the Motorsport division of BMW. The E60 M5 was introduced in 2005, with a V10 engine and 7 -speed sequential manual gearbox linking the car with the BMW Sauber Formula One programme. The E60 M5 was the world’s first production saloon to feature a V10 petrol engine. The E60 M5 was the most successful M5 produced, despite being on the market for one year less than the E39 M5. The V10 engine won multiple World Engine of the Year awards: – the S85 engine produces 373 kW (507 PS / 500 bhp) at 7,750 rpm and 520 Nm (384 lb/ft) of torque at 6,100 rpm. The engine and transmission were completely designed from scratch for this M5 model. 0 – 60 mph is achieved in just 4.2 seconds.

The BMW M5, along with the E63/64 BMW M6, were designed to use the new Getrag SMG III single-clutch seven-speed semi-automatic transmission, that performs gear shift in 65 milliseconds. The SMG III sequential manual includes features like a hill holder, a designated drive program for steep climbs and descents, and a downshift assistant, which briefly dips the clutch to avoid destabilizing wheel spin as well as a pseudo-automatic mode for urban driving.