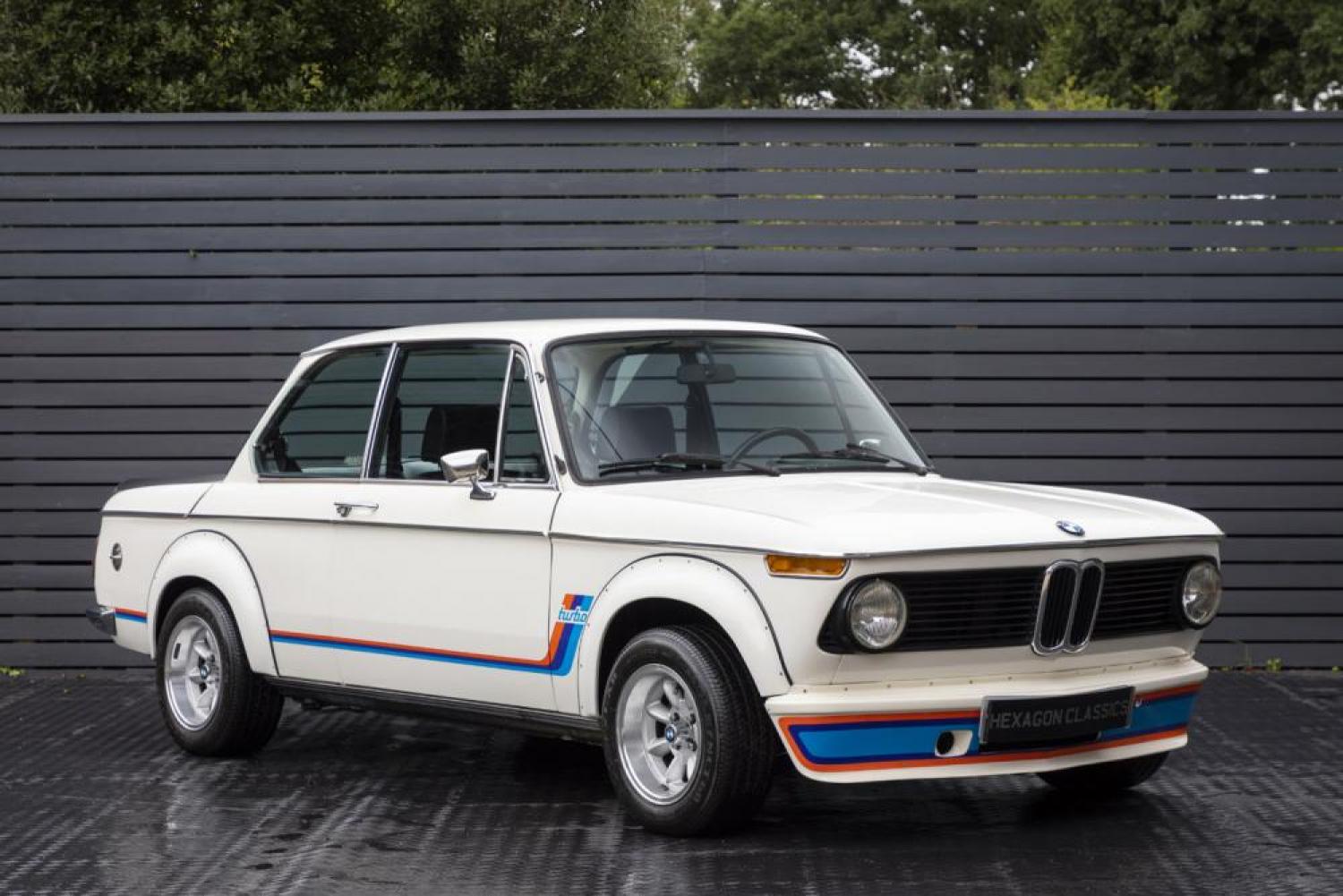 Even by the high standards that Hexagon Classics have set, have we have never seen such an original example of the BMW 2002 Turbo, one of the true landmark heroes in the automobile world. Hexagon of Highgate sold these BMW 2002 Turbos as brand new cars in the 1970’s, so we understand just how important a part this model played in the forthcoming motoring revolution. With only 10 of these rarities currently being used on the U.K’s roads, these are now scarcer than most so-called motoring exotica.

BMW created Europe’s first turbocharged production car. Using the KKK turbocharger with 0.55 overpressure, BMW increased the 2002 Tii’s 130 BHP by 40 BHP to a new high of 170 BHP. The compression was increased from 6:9:1 to 9:5:1 and an oil cooler added. Bigger brakes were fitted to cope with the extra engine power, and a limited slip differential was added for better high-speed cornering, along with huge wheel arch extensions that housed wider 6J alloy wheels and 185/70 VR13 tyres for better stability. The red instrument surround and turbo boost gauge, along with new sports seats, completed the picture.

BMW claimed a top speed of 131 miles per hour and a 0-62 mph acceleration in just 6.9 seconds. Maximum torque was 173 ft/lb @ 4000 rpm. It could only be bettered by the 210 BHP Porsche Carrera when it was launched. The car used a manual 4-speed or optional 5-speed gearbox.

Motorsport-coloured stripes were added to each side, along with a boot spoiler to aid high-speed stability, and a huge air dam to the front. Press models had the “2002 Turbo” added top the air dam in large reverse script, so that other drivers knew exactly who was sitting behind them poised to overtake at any moment!

First registered on New Year’s Day 1975, this Chamonix White 2002 Turbo was supplied new in the UK with the optional 5-speed gearbox.

By 1978 it was in the hands of well-known historic car dealers, Morris Stapleton Garages of Reece Mews, London, and it appears to have remained on their books for nine years, as far as we can ascertain from the paperwork.

For the last 17 years or so, the car has been kept in Carcoon storage as part of a large private collection and comes with 15 old MOTs. Various bills on file show that it received a major restoration by marque specialists Munich Legends in 1991 and being so little used since, it remains in excellent condition today. Featured in Classic Car Magazine in 1997 and again in 2001, it comes with copies of both articles and a Certificate of Authenticity supplied by BMW Mobile Tradition.