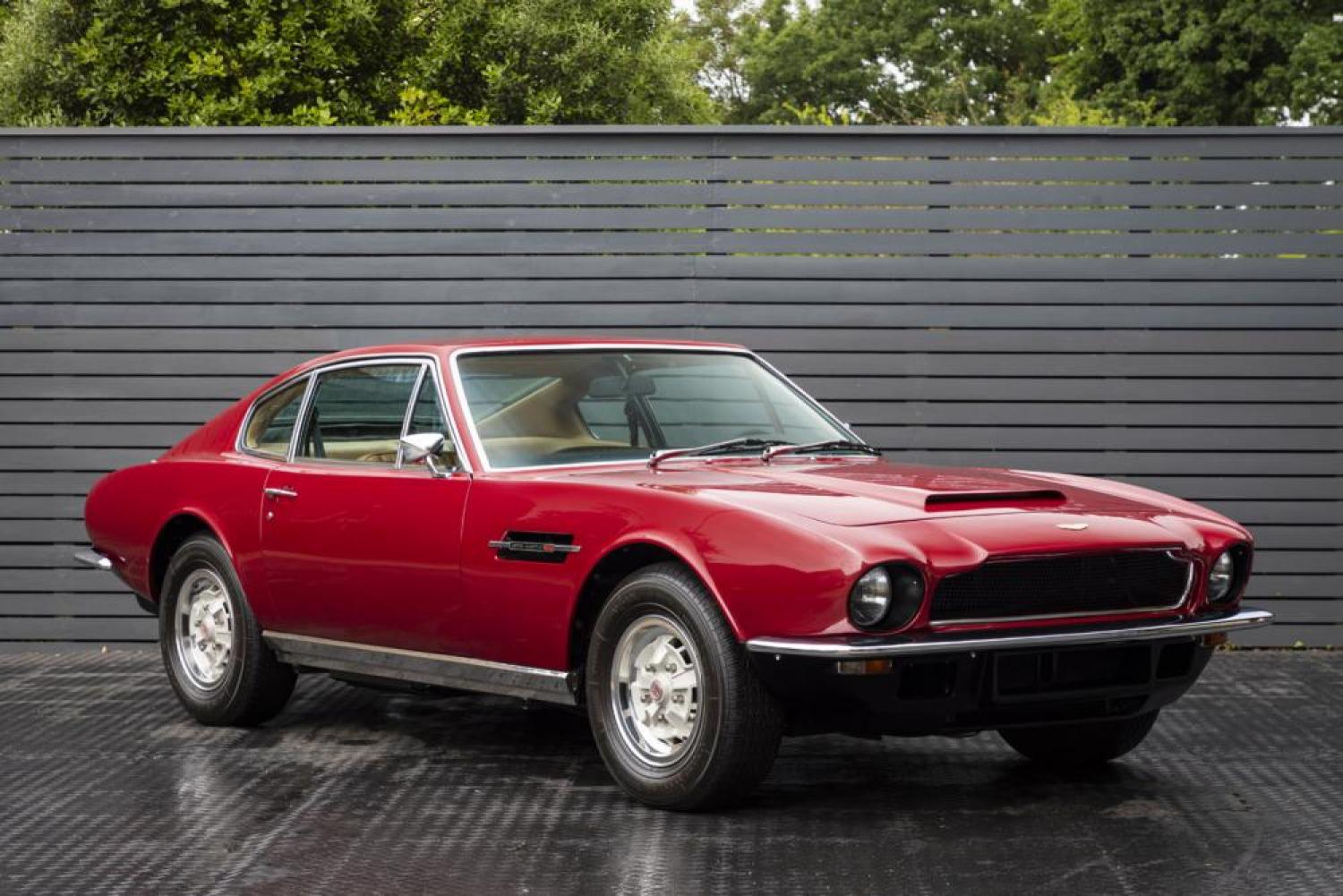 The DBS was originally designed to have the all new Tadek Marek V8. However, the DBS first appeared with the 4.0 litre six of the DB6. The four-seater DBS was styled in house by Bill Towns and employed a platform-type chassis with independent suspension all round. This was comprised with wishbones and coil-springs at the front with a De Dion with Watts linkage at the rear. The initial reaction to the car was far from overwhelming, however, this is all changed in 1969 when the V8 arrived.

The DBS V8 was a 5,340cc engine that produced 320bhp. The car was now able to reach 100mph in under 14 seconds and go on to a top speed of 160mph. These are still impressive performance figures by todays standards and it is therefore no surprise that at the time it was the fastest production car in the world.

In 1972, Aston Martin was purchased by Company Developments. The DBS V8 name was scrapped in favour of AM V8 and this new series 2 was different in more ways than just its title. The front was restyled and featured two instead of four headlamps and styling cues were taken from earlier DB models. The new series 2 also featured an all new lower bonnet scoop and electronic ignition and air condition now came as standard.

The car on offer today is one of only 32 left-hand drive cars built between April 1972 and July 1973 of just 289 built worldwide. With the addition of Bosch fuel-injection, the series 2 was the most powerful of all the standard V8’s and performance wasn’t bettered un the introduction of the V8 Vantage in 1977.

Chassis number ‘10742’ was built in April 1973 and despatched to the J Fernandez dealership in Mexico. The car was left hand drive and fitted with the highly desirable 5-speed ZF gearbox. The car was imported into the UK from the USA.

Aston Martin marque specialists, Aston Engineering have recently finished the undertaking of an extensive mechanical restoration. The car has also benefited from a glass-out repaint and a complete re-trim in original quality Connolly hide. A high-performance exhaust has been installed that has increased maximum power by 30bhp. The car comes with an extensive and highly detailed file of all the work carried out which came to a circa total of £110,000. All invoices for the work carried out in located in the file. This stunning example of one of the most iconic British cars produced is presented in immaculate condition and comes with historic documentation, owner’s handbook and British Motor Industry Heritage Trust certificate of authenticity.