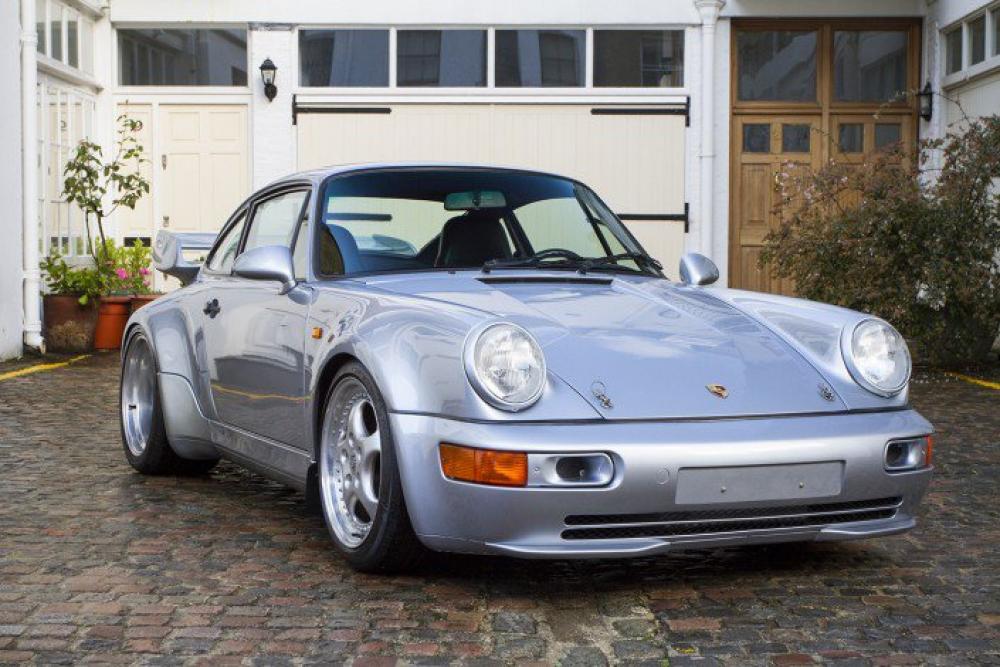 Hexagon Classics are delighted to offer for sale one of the rarest Porsche 911’s of all time; a 964 Carrera RS with the 3.8-litre engine, which was produced in very limited numbers with a total factory production of only 55 cars.

Evoking memories of the legendary 2.7 and 3.0-litre RS and RSR which were regarded as “ “homologation specials of the 1970’s” Porsche AG introduced in 1992 a Type 964 Carrera RS, which was a lightweight variant like its illustrious forebears. It was based on the ‘Carrera Cup’ competition car and sold in the European market only.
The Carrera RS retained the 3.6-litre engine, albeit boosted in maximum output to 260bhp, but for the following Carrera RS ‘3.8’, the bore size was increased by 2mm for a capacity of 3,746cc. Maximum power went up to 300bhp and this M64/04 engine was installed in a wider, Turbo-style body, also used for the RSR competition version.
Our car was the last car off the production line: supplied new in Germany, this unique Carrera RS 3.8 has only covered only 82,271 miles (139,860klm) from new in the hands of its original owner. A totally complete documented service history with the added benefit of an engine overhaul completed by the factory Stuttgart in 1996 at 33,800miles approx. (57,500 klm) the invoice of which is in the cars’ historical chassis file.

Presented in its original colour of Polar Silver Metallic (92L93A8) this Carrera RS 3.8 represents a wonderful opportunity to acquire a late, air-cooled, 2nd generation Type 964 limited edition model. The Porsche is supplied with its original owner’s wallet, handbook and tool kit and a totally complete documented service history from new.
A once in a lifetime opportunity to purchase an original one owner motorcar and the last Carrera RS 3.8 chassis number.