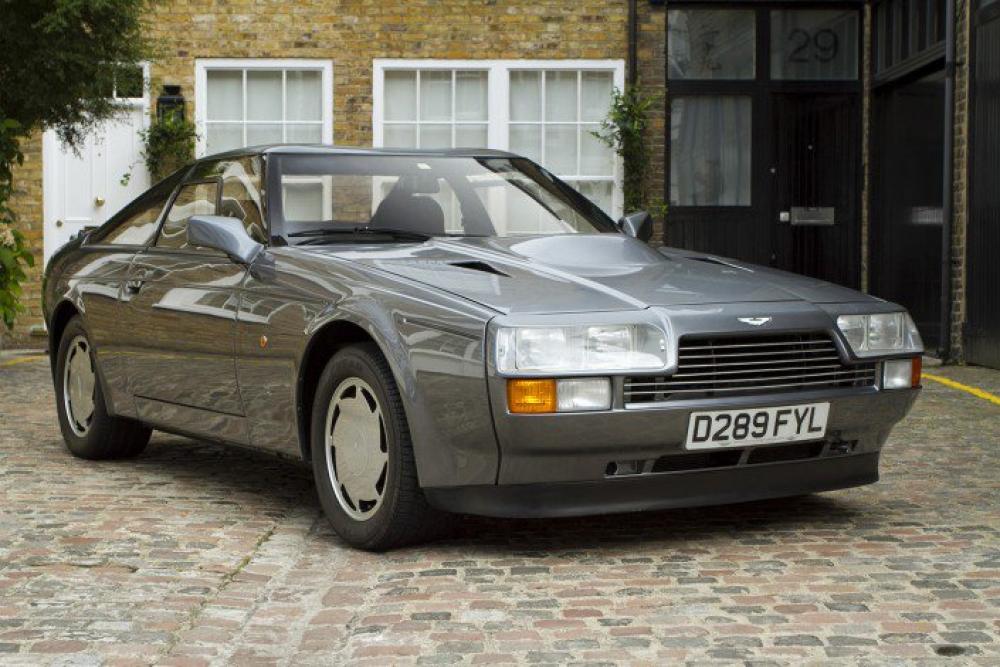 Aston Martin and the Italian coachbuilder Zagato have a history dating back to the much admired DB4 GT Zagato of 1960. The Italian coachworks were world famous for their advanced design, aerodynamic qualities and light weight. Therefore, when at the 1986 Geneva motor show, Aston Martin unveiled a mere artists impression of what was to be a limited edition variant of their hugely popular V8 range, the public response was immediate. Customers placed immediate orders for the cutting edge super saloon, with its razor sharp styling and the assumed promise of Aston’s typical class leading power.

Just 52 examples of the Coupe were built between 1986 and 1990. Based on the V8 chassis, the coupe was clothed in a hand rolled aluminium body that offered a substantial weight saving over the standard bodywork, with styling that took its references from the DB4, whilst remaining at the forefront of late 80’s taste in car styling. The 5.3-litre four-cam V8 was planned, naturally, to be Vantage specification, producing a mind-bending 432bhp at 6,200rpm. The manner of its installation though, created a certain amount of controversy at Newport Pagnell as the existing Zagato design featured a low sloping bonnet, penned in the expectation of a fuel-injected engine, but to produce a “Vantage specification” a revised bonnet design had to take place to clear the Vantage’s quartet of twin choke Webers, the result of which is the impressive “Power Bulge” seen on this vantage spec car!
Our Zagato Coupe left Newport Pagnell on 7th of November 1986. Finished in a Javelin Grey metallic, complimented perfectly by a black hide interior, this example has been used sparingly throughout its life, with a meticulous service history carried out by official factory Aston Martin service centres.The car was last serviced at 12,023 miles, and has travelled only 122 miles since. Un-marked both inside and out, this stunning low mileage example comes complete with all of its original service documents / hand book pack and the original Aston Martin Warranty certificates etc.; the Zagato also benefits from a tastefully installed, top of the range audio and navigation system. Wanting for nothing, this car is ready to be driven and enjoyed, without doubt one of the finest driving Aston Martins of all time added with totally unique Zagato styling makes these models without doubt future Classics!