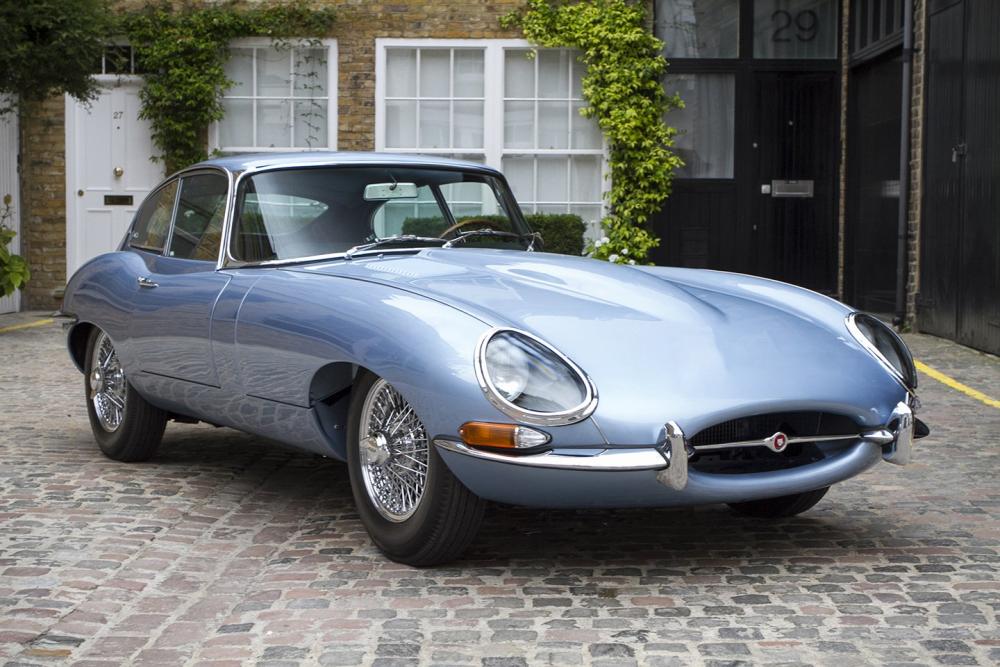 Jaguar has always been a well-respected builder of sporting cars, with the most notable being the highly successful XK series and the pre-war SS Jaguars. But, everything changed in 1951. That was the year of the first of Jaguar’s victories at Le Mans, where the winning C-Type was soon followed by the even more competitive D-Type, which began to win in 1955. Over the space of about five years, the automaker transformed from a small British boutique to one of the most fearsome builders of serious race cars on the planet. Their problem was that their passenger cars weren’t a true reflection of their on-track prowess. How would one reconcile the stunningly aerodynamics of the magnificent C & D-Types with the old-world charm and styling of the XK range.

Jaguar aerodynamicist Malcolm Sayer’s answer was to bring their racing and passenger car efforts together and the result changed the sports car world forever. The drivetrain of the 1961 E-Type picked up where the XK150 left off, offering the triple-carburetted, 265-horsepower, 3.8-litre straight-six from the S-specification XK150 and the same four-speed Moss transmission. All new, however, was a fully independent suspension that proved so successful that Jaguar would use variants on the same architecture underneath every car they made through to the late 1980s.

The first-series Fixed Head Coupé offered here was manufactured on 8 April 1964 and supplied new with the rare sun dym glass option. Six days later, it was dispatched and delivered through Jaguar Cars of New York, New York. Its first owner is listed as W. Bailey, also of the Big Apple. Whilst its interim history is unknown, it was acquired by the current owner from a gentleman in California, who is believed to have owned the E-Type for over 40 years. It is said that the car was used sparingly whilst in the U.S., and that the mileage of 16,800 showing on the odometer, is believed by the last owner to be correct, although no documentation exists to support this.

The previous owner shipped the matching-numbers E-Type to the UK with the intention of fully restoring it. One of the UK’s leading and highly respected Jaguar restorers were entrusted to carry out a complete restoration of the motorcar, the documentation of which is on file. The body was taken down to bare metal and properly gapped prior to refinishing the car in Opalescent Silver Blue metallic. The mechanical refurbishment included works to the engine, clutch, front suspension, exhaust system, cooling system & rear axle.