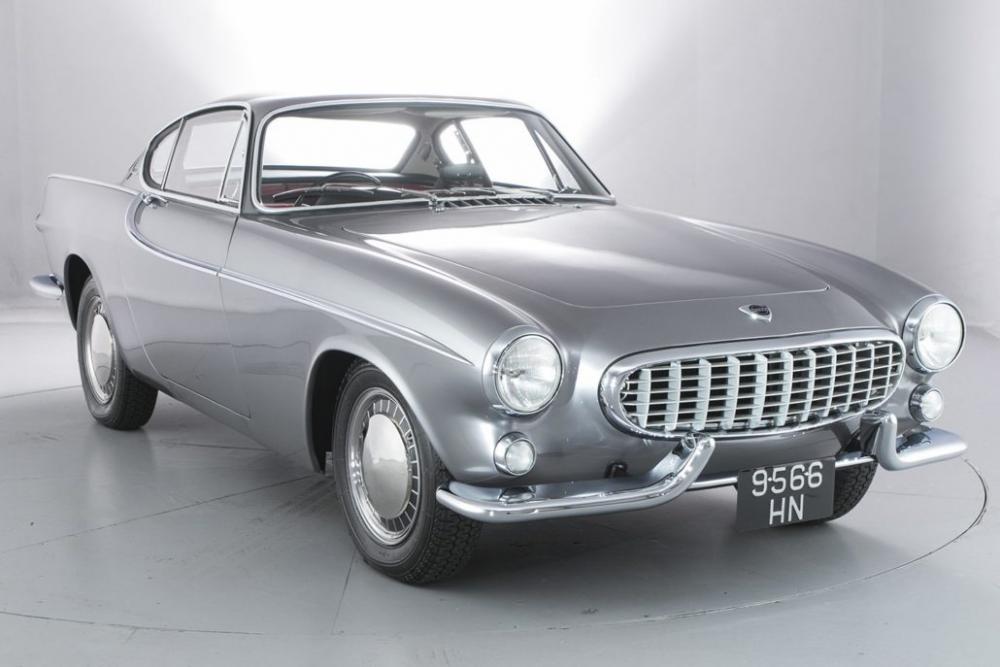 Volvo had always been known for a focus on safety rather than speed, so it came as a bit of a surprise when it unveiled the Volvo P1800 in 1960 at the Brussels Motor Show, a sleek and sporty car that would go on to become a star of the silver screen driven by Roger Moore in The Saint. The PV544 that preceded it did have sporting pretensions and was used extensively in rallying, but it didn’t have the same sex appeal as the lower and more attractive P1800. It did have a strong engine though, and it was this 1778cc B18 design that powered the P1800, followed by the 1986cc B20. Its beginnings were not as smooth as its waist lines, as Volkswagen forbade coachbuilder Karmann from producing the P1800, for fear of Volvo’s car offering too much competition to its own products. A rocky period followed, but the Swedish firm eventually struck a deal with Jensen, who agreed to use its under-utilised production facilities at Linwood and West Bromwich to build 10,000 P1800. In the end only 6000 cars were made by Jensen then production was moved to Sweden in 1963 where the P1800 was renamed P1800S and power increased to 115bhp. Our superb example was supplied new to the UK in 1963 and has had only 5 keepers from new. The 4th keeper, Andrew Lerry, commissioned a body-off restoration in 2007 as the car is presented today. Accompanying the Volvo is as follows:

This beautiful, concours prepared Volvo P1800S is available for immediate viewing at our Central London Showroom.