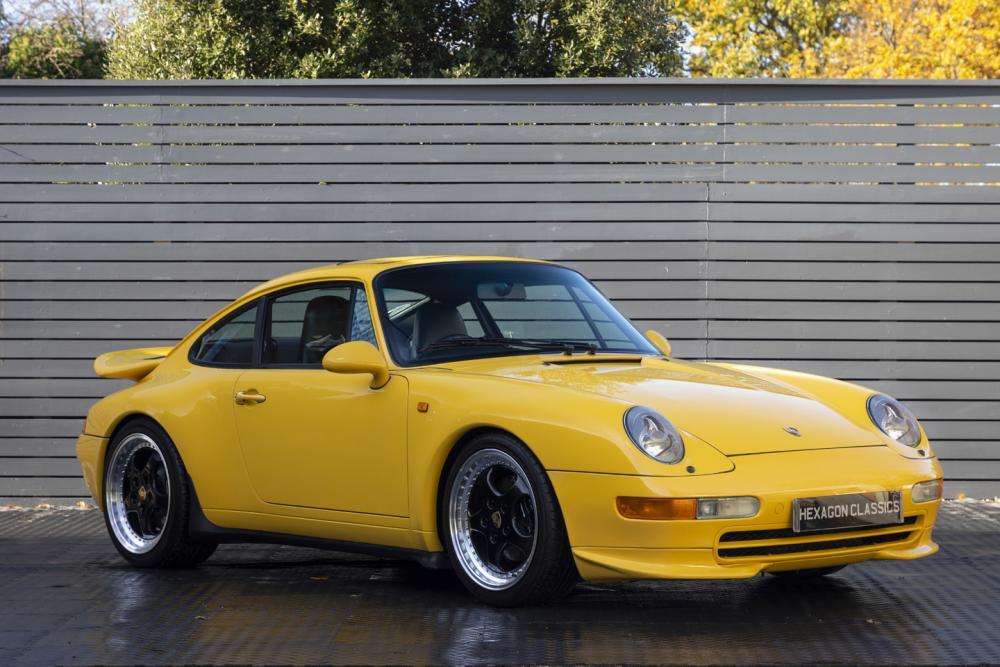 A striking 993 Coupe which is well known to Hexagon Classics, having previously sold the car to our client. The car sits on H and R lowering springs with new top mounts which creates a squat stance and sportier appearance.

This is a fantastic opportunity to acquire a rare Speed Yellow example, having covered a low number of miles and offered in outstanding condition. It has been well documented that the discontinuation of the 993 marked the end of air-cooled era which is a particular reason why this generation is held in such high esteem. The 993 generation is often referred as the best of the 911 series, not only because of its good looks, but also because of its impressive performance which gelled elegance and muscle both in to one car.

According to Porsche, every part of the 993 was designed from the ground up, including the engine and only twenty percent of its parts were carried over from its predecessor, the 964 generation. Porsche’s engineers devised a new light-alloy sub frame with coil and wishbone suspension (an all new multi-link system), which helped combat the previous lift-off oversteer and making significant progress with the engine and handling creating a more civilized car.

The naturally aspirated 3.6 litre six-cylinder M64 engine produced 276 bhp at 6000rpm which managed a top speed of 168mph and the 0-62mph sprint could be reached 5.6 seconds.

Presented in wonderful condition, this Carrera Coupe is now ready for its new owner to enjoy.