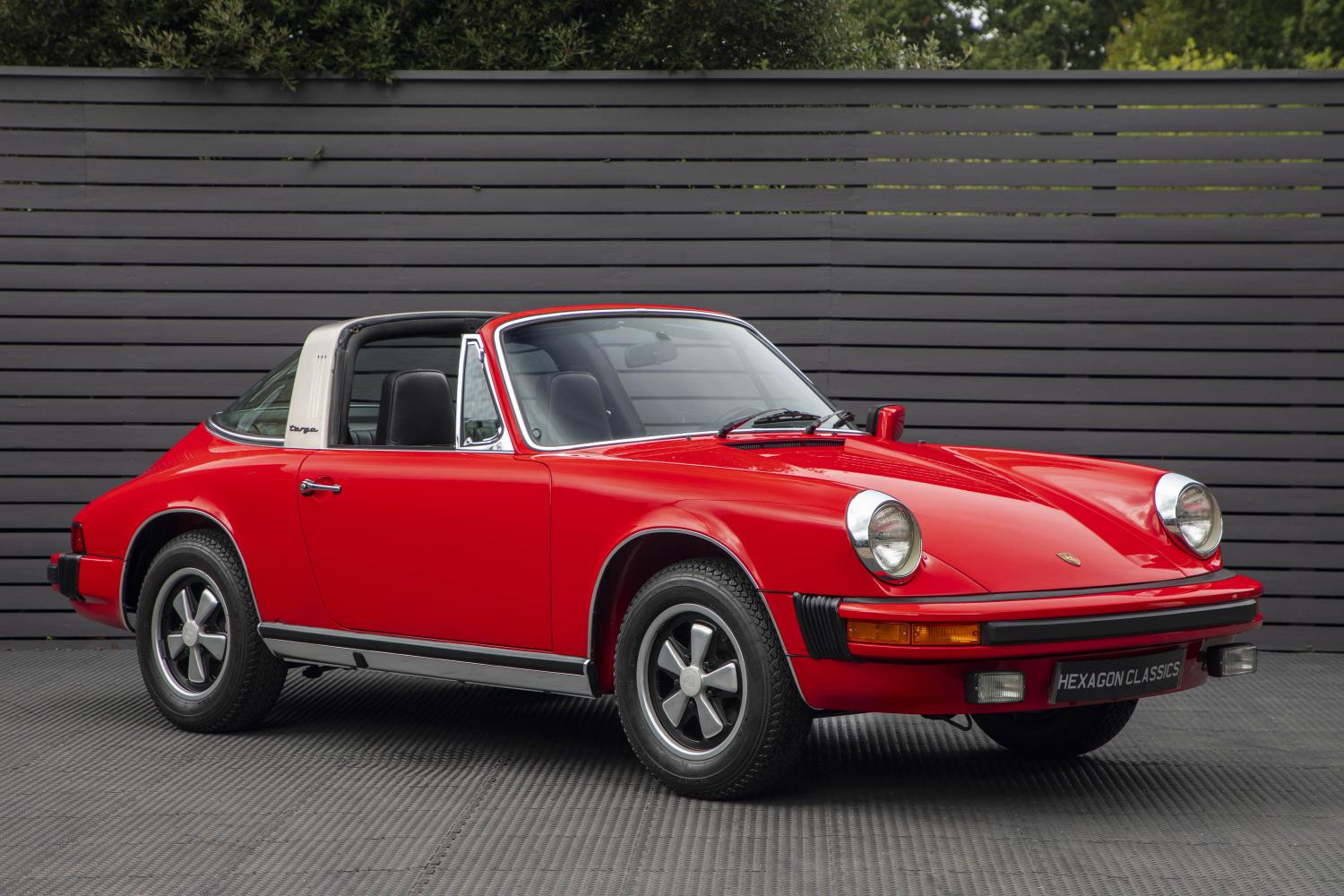 Hexagon Classics are delighted to offer this ultra-low mileage 911 S 2.7 in the desirable combination of Guards Red with Black leather interior.  This may well be the lowest mileage 1976 Porsche 911 currently on offer anywhere. This is a completely original example that always dry garaged in car collections and has never required repair or modification of any description.

The iconic Porsche 911 can trace its history back some 57 years, with its family tree containing such memorable cars as the 911S, the 2.7 Carrera RS and the 911 Turbo supercar. Since its introduction in 1963, the 911 has undergone continuous development although the basic concept has remained little changed. Throughout its lifetime, it has been modified by private teams and by the factory itself for racing, rallying and other forms of competition and is among the most successful competition cars ever. Evolution not revolution

In 1974 all 911 variants received the 2.7-litre unit, hitherto reserved for the Carrera when the latter went to 3.0 litres. Although in non-Carrera tune the 175bhp (DIN) 2.7-litre unit made slightly less power than the old '2.4', it had been skilfully reworked to produce significantly more torque over a much wider rev range and offered noticeably improved acceleration. Coupled to a tolerance of low-lead petrol, vastly superior fuel consumption, and increased tank capacity, the new 911 proved superior to its predecessor in every way as a fast, long-distance tourer.  1975 Porsche production also heralded a hot dip galvanised body, a first for a series production car.

Two years after the Coupés introduction in 1964, a convertible 911 - the 'Targa', named in honour of Porsche's numerous victories in the Sicilian classic road race - became available. Open air motoring for Porsche owners beckoned once again.

Originally supplied through Porsche Cars America in July 1976, our time-warp condition 911 S 2.7 has covered a mere 570 miles from new over a 44-year period.  The pre-delivery inspection, alongside the warranty were dealer stamped in July 1976.  Chassis No. 9116211819 is accompanied by a Porsche Certificate of Authenticity and its declaration of origin.  Benefitting from a recent full service, fluid changes and safety check, this 911 2.7S can be enjoyed and admired by collectors in equal measures. The Porsche has its original keys, paint touch up stick, and driver’s book pack.

This is the closest that one would find to a new 1976 Porsche, and a car which would be nigh on impossible to replicate.  A 12-month comprehensive warranty will be included.  Available to view now at our London showrooms.