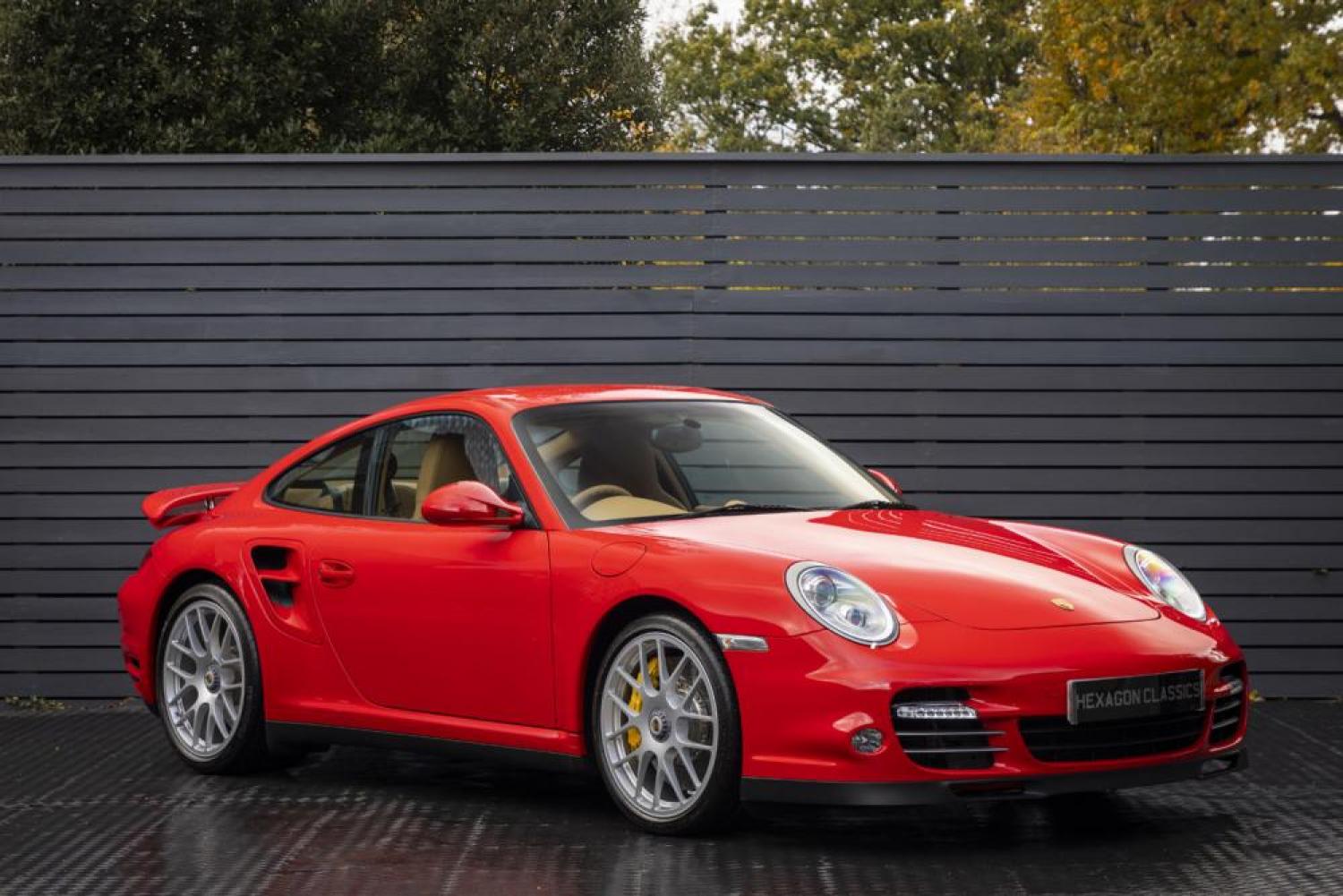 A striking Turbo S which is a C17 UK diplomatic spec car which was initially collected directly from Porsche in Germany, and soon after brought over to the United Kingdom. (The C17 Porsche code is a Diplomatic or UK military officer code for personnel stationed in Germany.) The car has many favourable options boxes ticked and it is a car that certainly stands out from the crowd. It’s ultra-low mileage puts it amongst the most collectable of Porsche models.

The engine received a nominal 1.0 bar of boost, (against 0.8bar on the standard version) along with lightly modified turbocharger vanes and a carbon fibre air manifold to endow the S with a continuous 516 lb/ft. of torque. That’s 37 lb/ft. more than the Turbo. The S also gained Porsche’s excellent seven-speed PDK dual-clutch gearbox, with paddle shift behind the steering wheel, and Sport Chrono Plus package for more spirited throttle, damper and stability control settings at the press of a button. Other developments included the latest 911 Turbo’s four-wheel drive hardware and PTV, or Porsche Torque Vectoring, which varied the drive to each individual rear wheel for more neutral cornering and spectacular traction. Despite its phenomenal performance, it is also an easy car to drive in all conditions.

Our two-previous keeper example was originally handed over to the first keeper by Porsche Stuttgart Zuffenhausen, Porscheplatz 1, the home of Porsche. Servicing has been carried out at Porsche Centre, Brooklands. The vehicle also has a clear “rev range” test certificate.