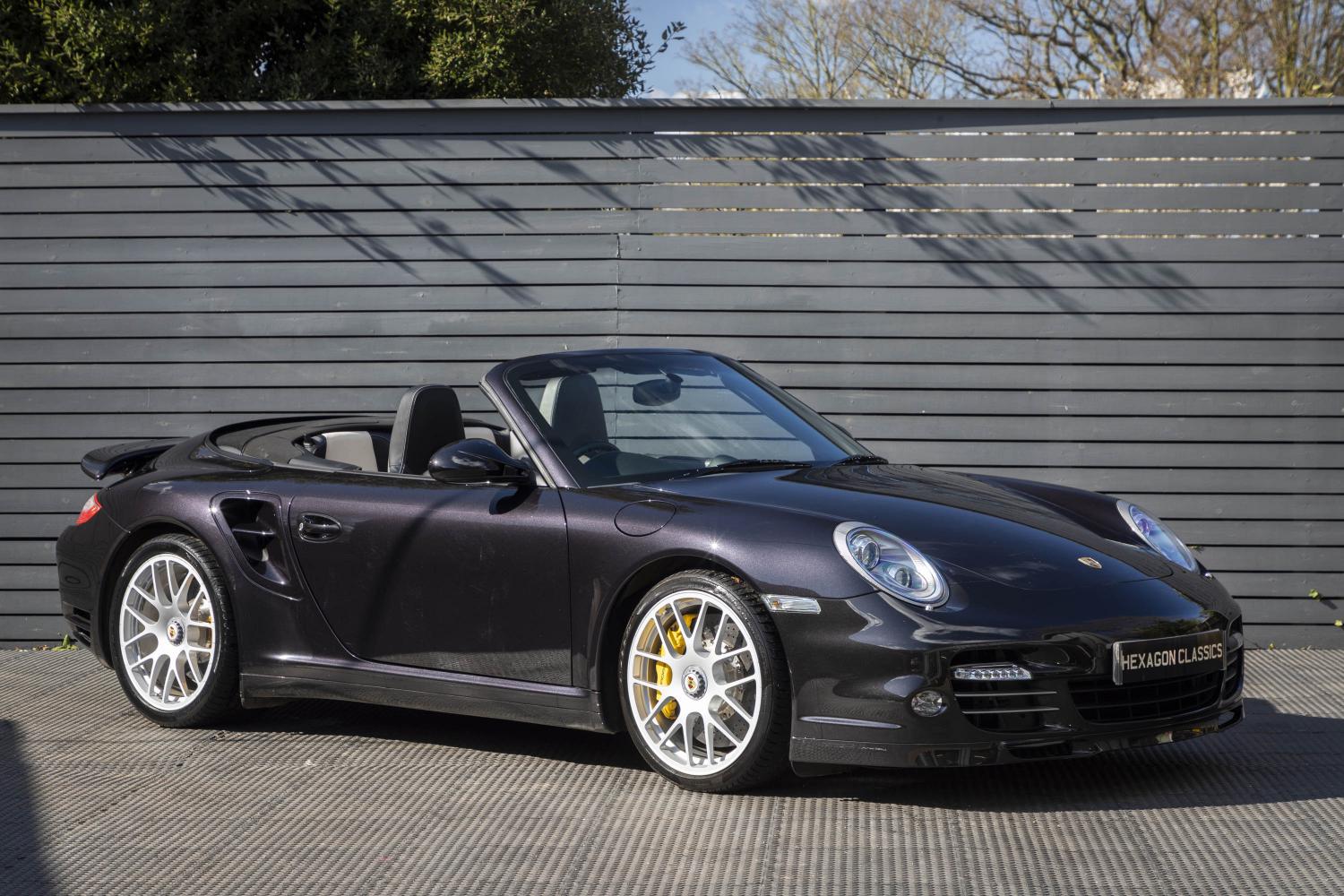 Hexagon Classics are very pleased to offer this wonderful low mileage 997 Turbo S Cabriolet, which is presented in a classic black with black colour combination. With its redesigned Gen II engine, the 997 Turbo S upholds the 911 Turbo performance tradition. Almost reaching 200mph, the Turbo S will always be faster to 100mph than even the lighter GT2 because, as Porsche’s figures show, the PDK transmission can swap gears faster than any driver with a manual clutch. The highest level of drivetrain technology that Porsche has to offer combines performance with amazing refinement.

This higher specification limited edition version was released at the Geneva Motor Show in March 2010.  Available only with a 7-speed PDK transmission, the Turbo S boosts power by 30 HP (22 kW) to a total of 530 HP (395 kW) and torque of 700 Nm. The coupe version was Porsche's fastest released production vehicle to date with 0-60 mph acceleration in just 2.6 seconds for the coupe, (and 0 – 60 mph in 3.3 seconds for the Cabriolet). Maximum torque of 516 lb-ft in the 911 Turbo S models is available between 2,100 rpm and 4,250 rpm. The 911 Turbo S models, are configured to operate with a higher boost pressure level, which means that their maximum torque of 516 lb-ft is available for an unlimited period. A total of just 350 Turbo S coupes and cabriolets were sold in the UK. The 997 Turbo S was the first 911 ever to be offered without a manual option.

The Turbo S’s agility has been described as almost GT3 like albeit without any of the road-going cup car’s intensity or demanding nature.  997 Turbo S Cabriolets were only built in small numbers and left the factory with a very high standard specification. Huge extra power combined with PDK gearboxes make them ideal daily drivers or special cars for the weekend.

Sold new by Porsche Centre Swindon in December 2010, our Turbo S Cabriolet boasts a full Porsche main dealer service history. It will be sold with a 12-month warranty and is no available to view at our London showrooms.