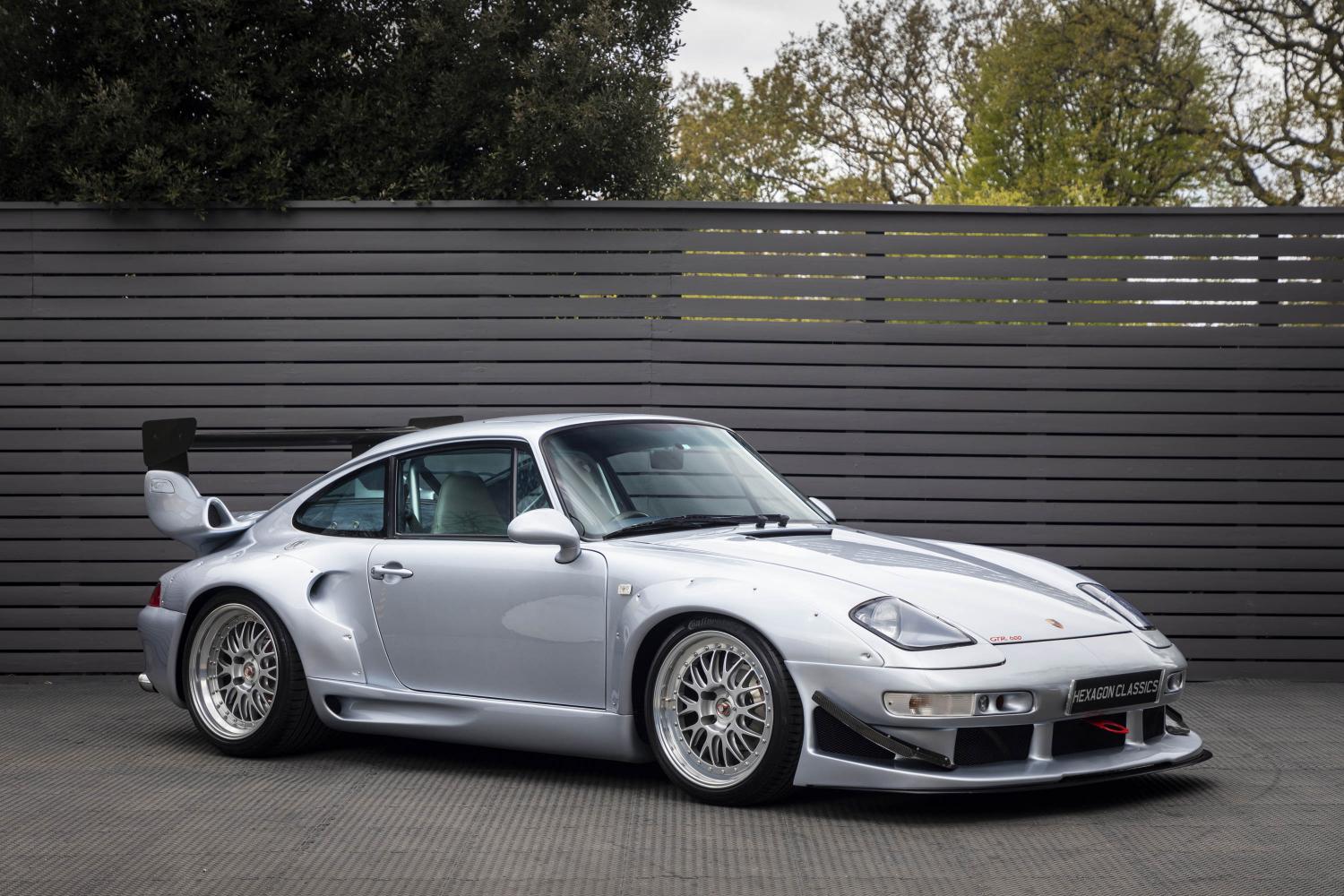 Hexagon Classics are delighted to offer this UK-supplied Porsche 993 Turbo GEMBALLA GTR 600, which is a low mileage and completely bespoke 911, boasting a sensational uprated specification which cost an extra £173,000. Under the rear engine is a 3.6-litre Porsche/Lotec twin-turbocharged flat-six, now producing up to 610bhp and 530lb/ft of torque, driving all four wheels via a six-speed manual transmission with a GT2 racing clutch and a limited-slip differential. With significantly more power on tap than the Turbo on which it is based, the GTR 600 can sprint from 0-60mph in just 3.6 seconds and has a top speed north of 200mph.

Since 1981, the GEMBALLA name has stood for refined vehicles from Porsche in particular. In the early days under a different name, as far back as 1979, cars from other premium marques were modified on occasion by the vehicle specialists, in line with special customer requests. This created visionary, innovative milestones in the luxury modification segment. No other name is linked as closely with vehicle modification, and above all, Porsche conversions. In more than 38 years of history at GEMBALLA, we have set the benchmark for a whole industry, particularly regarding aerodynamics, design, and performance enhancements. With a wide range of technical and design innovations, GEMBALLA creations were way ahead of their time. GEMBALLA vehicles have always ranked among the most radical, exclusive, premium vehicle modifications in the world. With a focus on aerodynamics and sensational performance, GEMBALLA 911’s have twice held the lap record for road cars at the Nürburgring Nordschleife and paved the way for numerous Porsche tuners that have followed.

Originally supplied by AFN Porsche in August 1996, the service history evidences maintenance by official Porsche Centres and the leading Porsche technicians, our car has just benefitted from significant recent mechanical expenditure, and a new tyre set, the GEMBALLA GTR 600 is the perfect way to enjoy either spirited road or track day driving.  Available to view now at our London showroom.