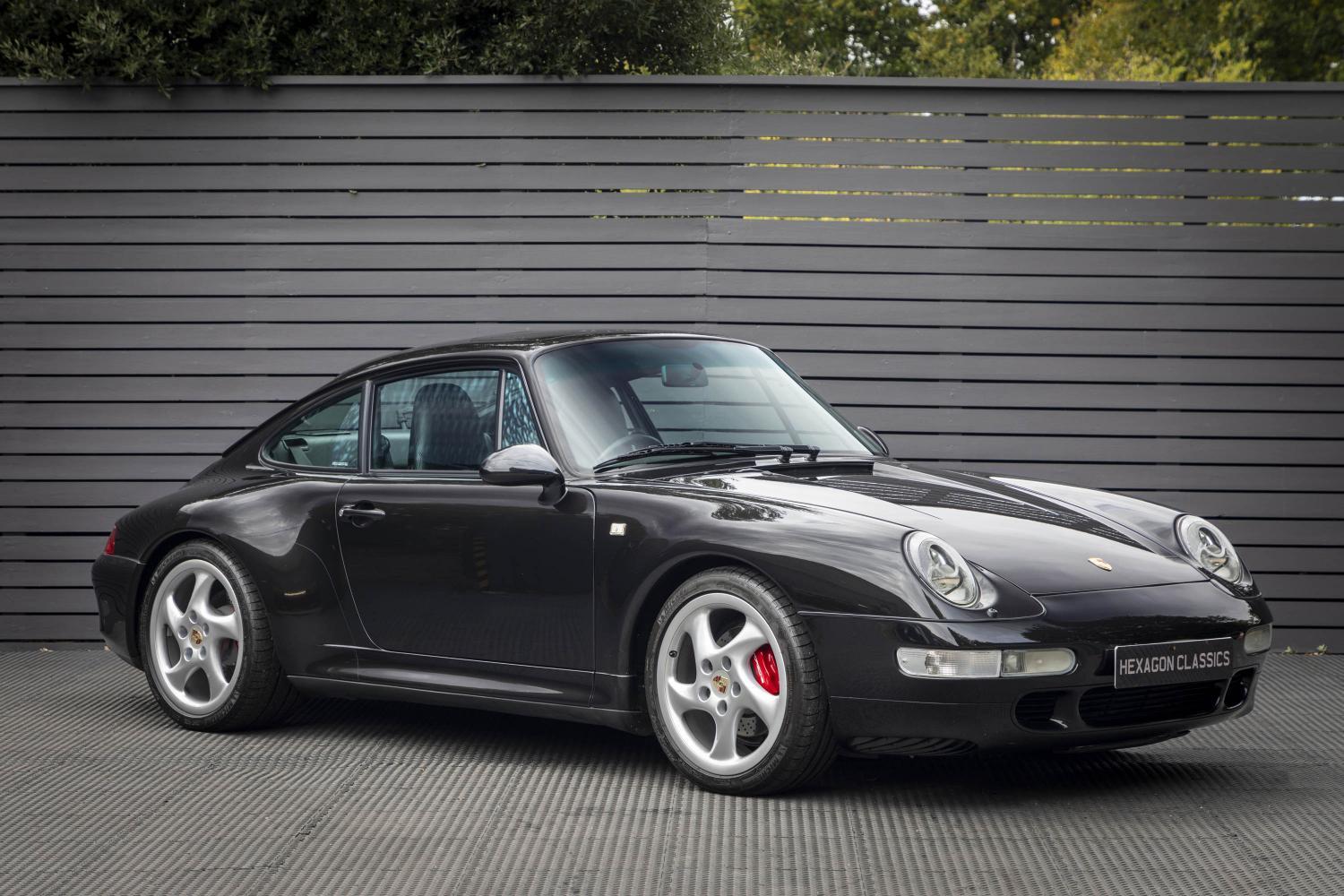 The 993 Carrera S has become one of the most sought-after modern Porsche models. This ultra-low mileage example is the perfect addition to a Porsche collection.

The air-cooled Porsche 993 Carrera was arguably Porsche’s finest ever incarnation of the legendary 911 series.  993 is the company's internal name for the version of the Porsche 911 model manufactured and sold between late 1993 and early 1998, replacing the 964. Its discontinuation marked the end of air-cooled Porsches, with the 993 being not just the last air-cooled 911, but also the last of the hand-built 911 series.

In 1995 Porsche switched to the Varioram-equipped M64/21(22) engine.  Varioram adjusts the length of the air intake ducts in line with the engine revolutions and the speed of the car, with this the power output was increased to 210 kW / 285 HP giving the 993 Carrera improved performance.

The wide-bodied 911 Carrera S offered a higher level of equipment both inside and out. Nothing was overlooked. The suspension was lowered by 10mm at the front and 20mm at the back. The nose section, side panels and wide rear body are those of the Carrera 4S, giving the car Turbo looks.  Its spoiler is split down the middle, and painted the same colour as the car. The model designation appeared on the engine compartment lid, and on the tachometer. The hand brake lever, door entry guards, instrument bezels and ball-shaped gear knob were also unique.

Just as the Turbo and other low-build 993 variants have become highly collectable, the S versions of the 993 have excited Porsche enthusiasts for many years.  This Carrera 2S was originally supplied by Porsche Park Lane, London in May 1997, and boasts an excellent Porsche Centre and Porsche specialist service history, and a complete chronology of ownership. It also has its original leather driver’s book pack, and spare keys.  The car will be delivered to the new owner with a 12-month written warranty included.