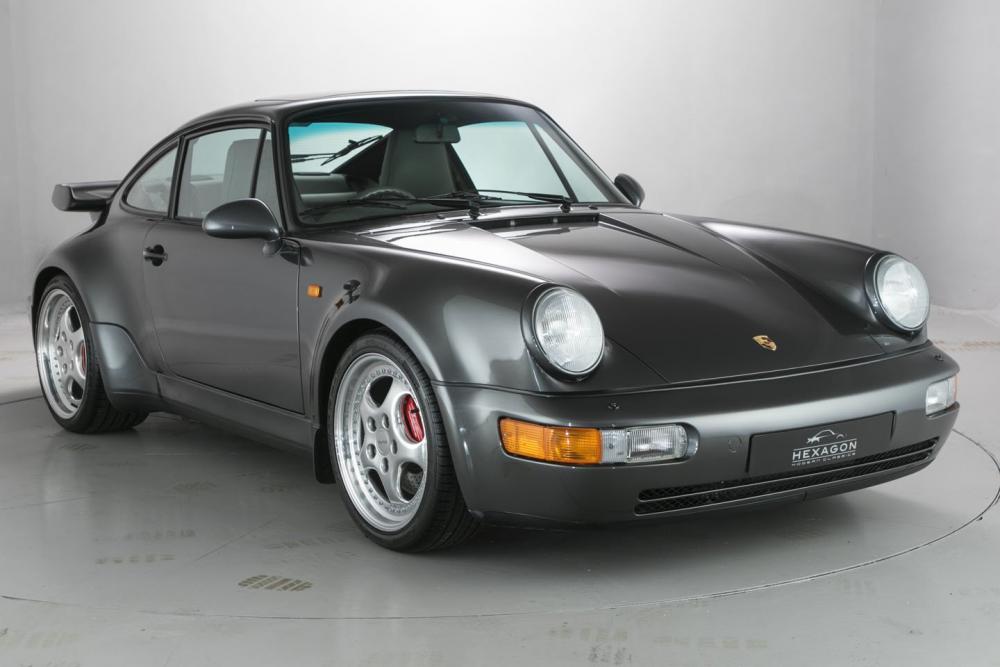 By anyone’s standards, the Porsche 911 is something out of the ordinary. It is a car with a bloodline, a car that triggers emotions, a car with a soul. The production 964 Turbo was originally based on the 911 Carrera 964, but gained distinctive flared wheel arches and a fixed rear spoiler. The standard 3.6 litre Porsche Turbo developed an impressive 360 bhp at 5,500 rpm, but this particular car far surpasses that, with it’s rare X88 power package option.

The last of the 964 production Porsches were even more unique, having been produced with the assistance of the Porsche Exclusive Department. A changed front spoiler, the rear spoiler in body colour, dual exhaust pipes and polished Speedline alloy wheels meant that they made a stunning visual impact against the standard earlier cars.

This rare car features the factory’s X88 Turbo S engine package, which produced a minimum of 385 bhp. This special vehicle formed part of an extensive private collection, and has never been offered for sale before. Not only is it possibly the nearest thing to a new Porsche 964 Turbo, it is one of only 13 standard-front end cars produced. It also has the distinction of being the only Slate Grey car to this X88 specification ever produced by Porsche!