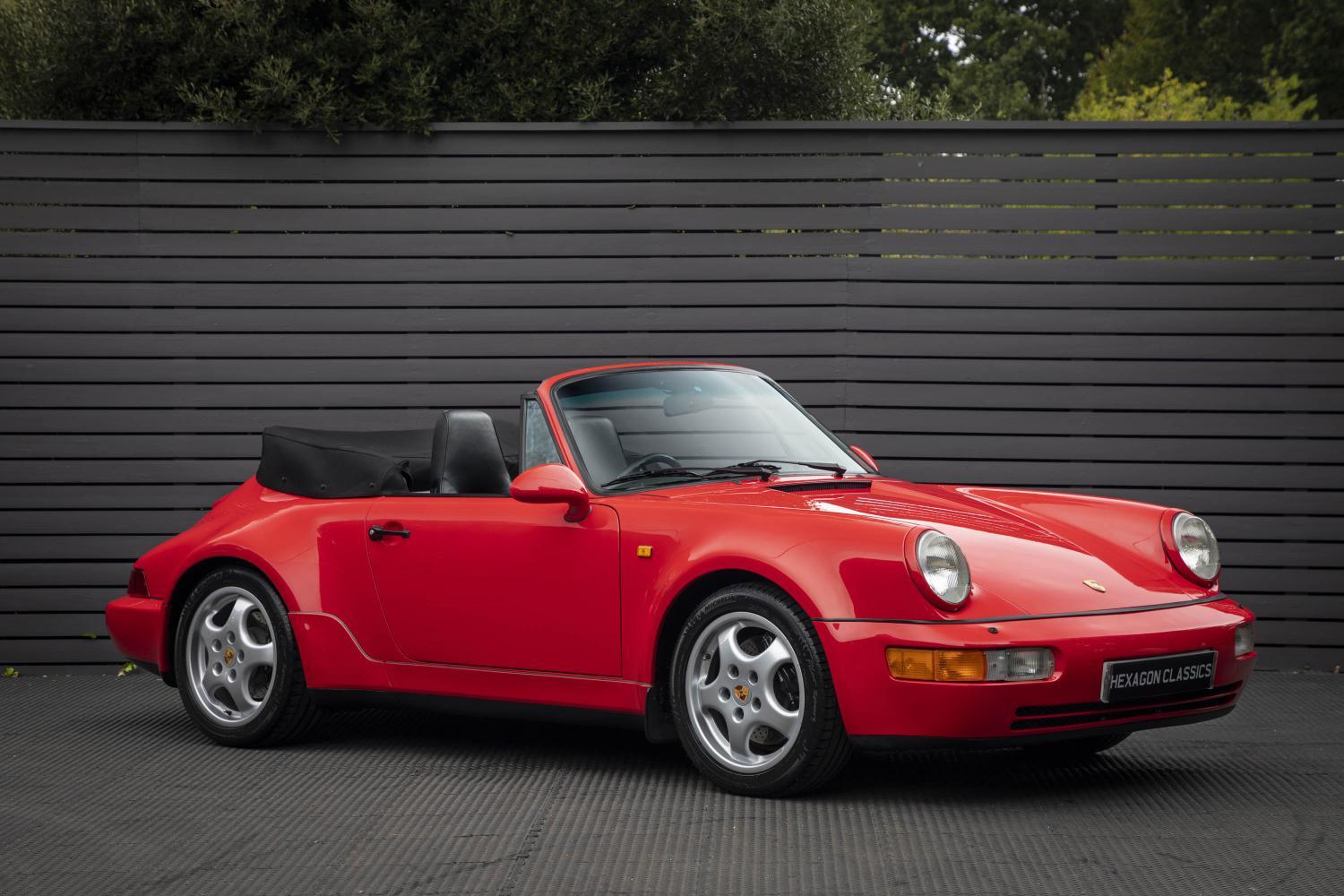 Hexagon Classics are delighted to offer this highly desirable variant of the 964 series, the Turbo-look Cabriolet.  Lovers of the wide-body 911 had to wait a long time after the cessation of the 911 3.2 range before a Turbo-look Porsche with a naturally aspirated engine was offered. The spectacular 964 Carrera 2 Cabriolet Turbo-look (named “America Roadster” for the US market), appeared in 1982. Our car has covered just 8,600 miles and is just as lovely as you would expect with that low mileage.  Of 1532 cars produced, just 433 were delivered with Tiptronic transmission. Just 119 Turbo-look Carbiolets produced were right-hand drive.

This independent model of the 964 series was built in model year 1982 and 1993. The line of the closed roof was finally in tandem with the body line and the chassis and braking system from the 964 Turbo 3.3 were utilised for its production.

The 964 range represented the first modernisation of the 911 and is, by most measures, the most technically advanced whist still retaining the raw, classic sports car look and feeling of the original air-cooled 911 series. Porsche claimed that 85% of the parts used in the new 964 range were new, with notable changes such as a 3.6 litre engine, coil springs, ABS braking, air bags, power steering, a retractable rear spoiler, and re-engineered heating and air conditioning systems. The 3.6 litre engine had an output of 250 bhp and gave the car a 0-60 mph acceleration time of just 5.5 seconds.

The Carrera 2 Cabriolet Turbo-look was purchased new from Porsche Hong Kong by a serial Porsche collector in August 1992 and brought over to the UK in 2005.  They kept the Porsche up until 2015, before selling it to a fellow Porsche collector. The car has had a total of just 2 keepers, which is remarkable for a 28-year-old car. The car has benefitted from a recent full major Porsche service, 4 new tyres, underside clean and clear Waxoyl protection, machine polish and detail.

Available to view at our London showroom.