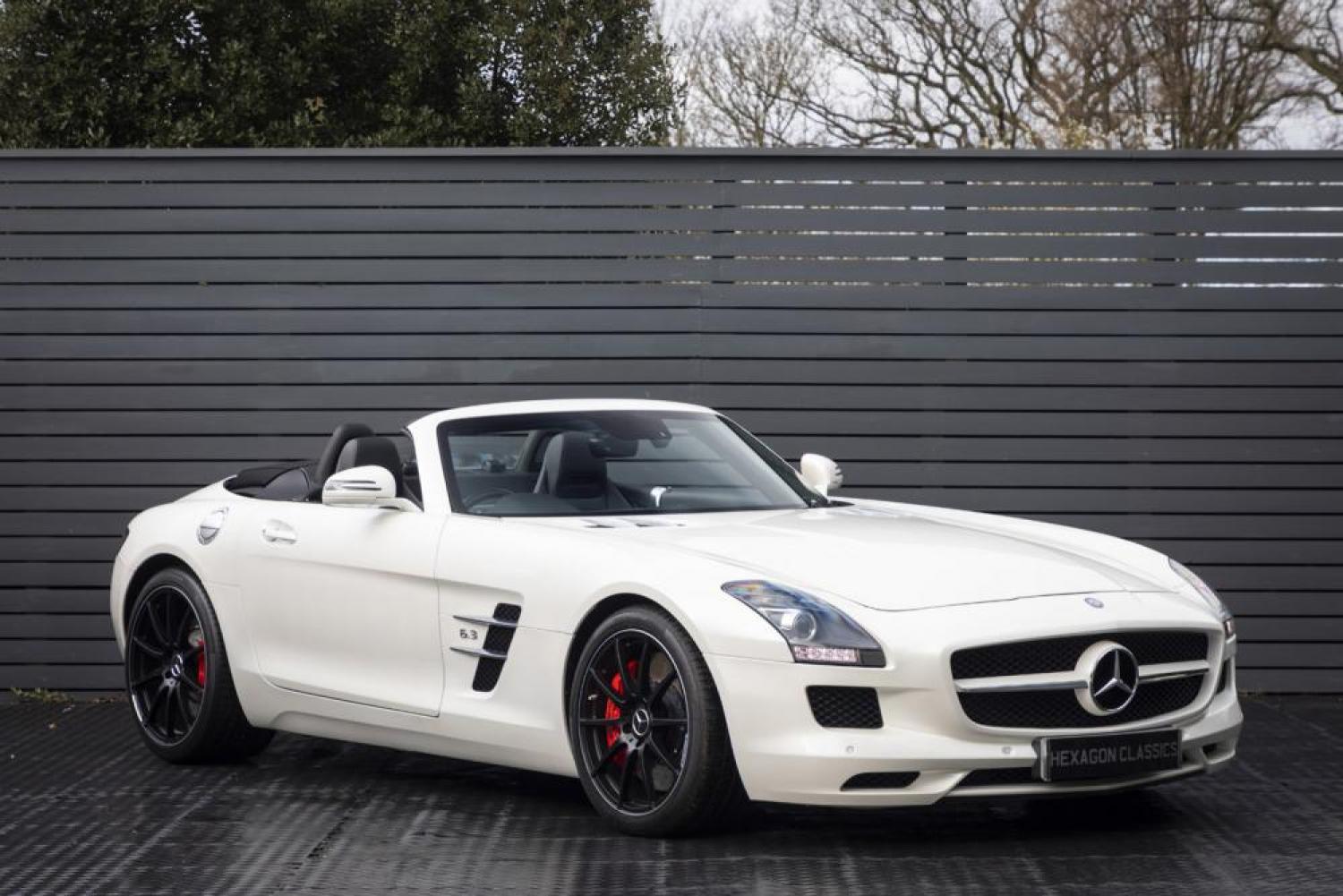 In 1954, Mercedes gave the world the 300 SL. A car that would go on to become one of the most iconic and celebrated cars of the 20th century. With distinguishing feature such as its hugely advanced mechanically fuel injected engine and Gullwing doors, the 300 SL is as unmissable at it is remarkable. To celebrate the car and the heritage of Mercedes, in 2010, the company came out with its new flagship model, the SLS. The all new SLS very much resembled the original 300 SL in terms of its appearance. This was further enhanced by the return of the Gullwing doors that were so fabled on the 300 SL.

In 2011, Mercedes released a roadster version of the SLS. This utilised the same power-plant as the coupe which was a 571bhp, 6.2 litre V8. This was mated to DSG gearbox and enabled the SLS Roadster to reach 60mph in just 3.8 seconds and go on to a top speed of 197mph. The Roadster received a five-star rating from Evo Magazine in 2011. This was down the roadster enhancing the experience already offered by the Coupe. Its performance and driving dynamic was near identical to the Coupe but the theatre of the driving experience was enhanced through the lack of a roof.

The car we have on offer here today is a beautifully presented, low mileage 2013 example. The car is finished in stunning optional Designo Mystic White 2 Paint and is complemented excellently by the Black AMG forged wheels and the black leather interior. It was factory fitted with an extensive list of optional extras and is one of the very best examples available today. This is a fantastic opportunity to acquire one of the most hailed sports cars of the last decade and is available for viewing at our London Showroom.