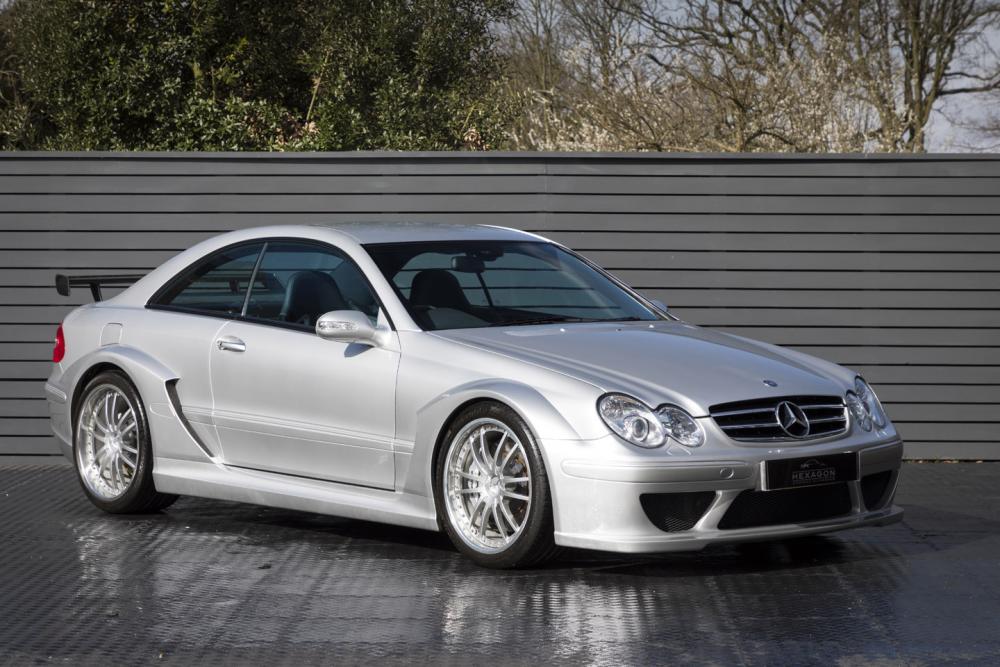 Built in 2005 to commemorate Bernd Schneider’s 2003 victory in DTM with Mercedes, Hexagon Classics are delighted to offer this 1 of only 40 RHD CLK DTM’s built of only 100 cars in total.

The CLK DTM was built to be the most extreme and focussed iteration of the Mercedes CL range. With DTM inspired looks and technology, it is nothing short of a truly extraordinary car and is one of the most iconic racing cars for the road. The engine was an extensively modified version of Mercedes’ pre-existing 5.4 litre V8 engine. It came with all new uprated pistons, valve gear, crankcase and cooling system. These modifications were complemented by the addition of an all new exhaust system and the fitment of a supercharger to the V8 engine. This took power up to 574 bhp. The car was now able to reach 60 mph in just 3.9 seconds and will eventually run into its limiter at 199 mph.

The main aspect that becomes noticeable when presented with a CLK DTM up close is the attention to detail that has been attributed to the car. All of the subtle but significant changes to the car, alone suggest that the driving experience will be something special. These changes include the introduction of an entirely new rear axle. This came along with stiffer bushes, new hub carriers, all new adjustable suspension and reinforced driveshafts to help cope with the added performance generated by the supercharged V8 engine.

Despite creating a presence unmatched by many cars, the exterior of the CLK DTM is there for more than mere show. The expanded wheel arches and extended bodywork are there to accommodate the wider track. The arches themselves are made from carbon fibre and aid in helping to keep the weight of the car down to an absolute minimum. Immediately apparent changes over the standard car include a deeper front apron, larger intake ducts and a boot mounted carbon fibre rear spoiler. All these additions were developed using knowledge and technology from the DTM racing car. The rear seats were removed to further reduce the cars overall weight and uprated brakes were fitted to handle the new levels of performance.

The interior is as exquisite as the exterior. It is clear from just one look that no expense was spared when it came to designing and fitting the interior. The carbon fibre buckets seats are works of art in themselves are complemented by the leather and alcantara upholstery. To further enhance the race car feel of the DTM, the steering wheel is covered in alcantara and the mounting point for the harnesses is made from carbon fibre.

Despite looking and feeling like a racing car, the DTM is not as intimidating as its first impression would suggest. The addition of a five-speed automatic transmission with a manual paddle operated option make the car one that can be enjoyed and used on a regular basis.

The car is presented in Brilliant Silver metallic paint and comes with a Mercedes Benz service history. This is a fantastic opportunity to acquire one of the most iconic Mercedes Benz from the 21st century and is available for viewing at our London showroom.