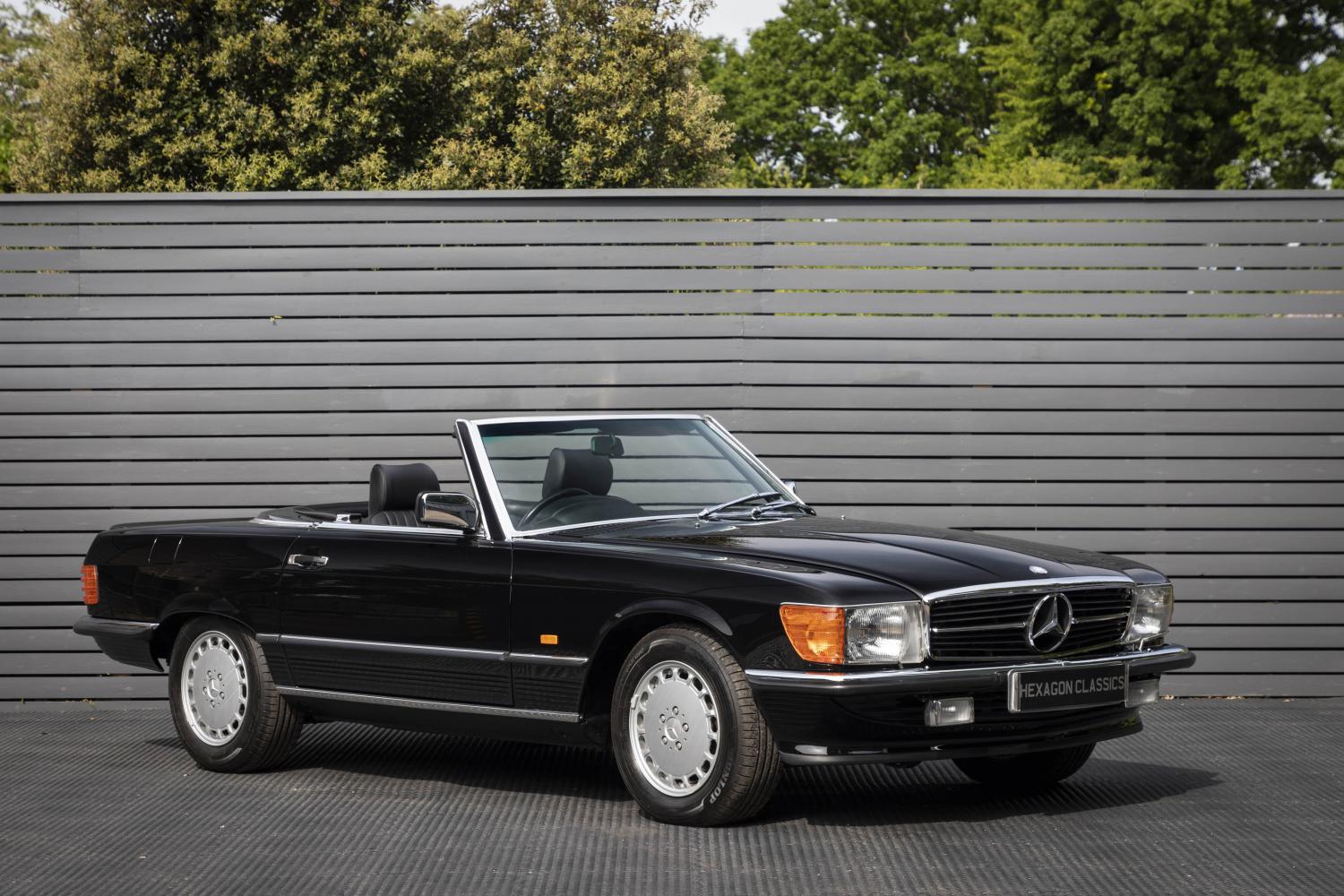 Hexagon Classics are delighted to offer this late-model, low mileage, Mercedes 500 SL.  Our 500SL was supplied new in the UK on 11th May 1988 and was commissioned in the classic combination of Black exterior complemented by Anthracite hide and with the desirable rear seat and air conditioning options.

When Mercedes launched the R107 series SL in 1971, as a replacement for the previous SL of the 60’s, it was to become their second longest running production model of all time, remaining at the forefront of the marque’s line-up until its eventual replacement in 1989.

Based on the chassis of the W114 saloon, but with the engines from the larger and more powerful S Class cars, the SL was a near perfect blend of speed, refinement, safety and style, over-engineered in the world-famous Mercedes-Benz style.  A stylish two-seater drophead convertible that offered occasional seating for two more passengers in the back, the car was an immediate success world-wide, thanks in part to the standard equipment of a fully lined factory hard-top that made the vehicle usable daily in all climates. It was a “featured car” in the popular US TV series “Dallas”, which won four Emmy Awards 13-year run!

The 5 litre engines were updated along with minor cosmetic changes to the range throughout its production life, with the final changes being brought about in 1985. Bosch KE Jetronic was fitted. The KE Jetronic system varied from the earlier, all mechanical system, by the introduction of a more modern engine management "computer" which controlled idle speed, fuel rate, and air/fuel mixture. The final incarnation producing 237 hp power and 402 Nm of torque at 3,200 rpm.

Available for inspection at our London showroom.