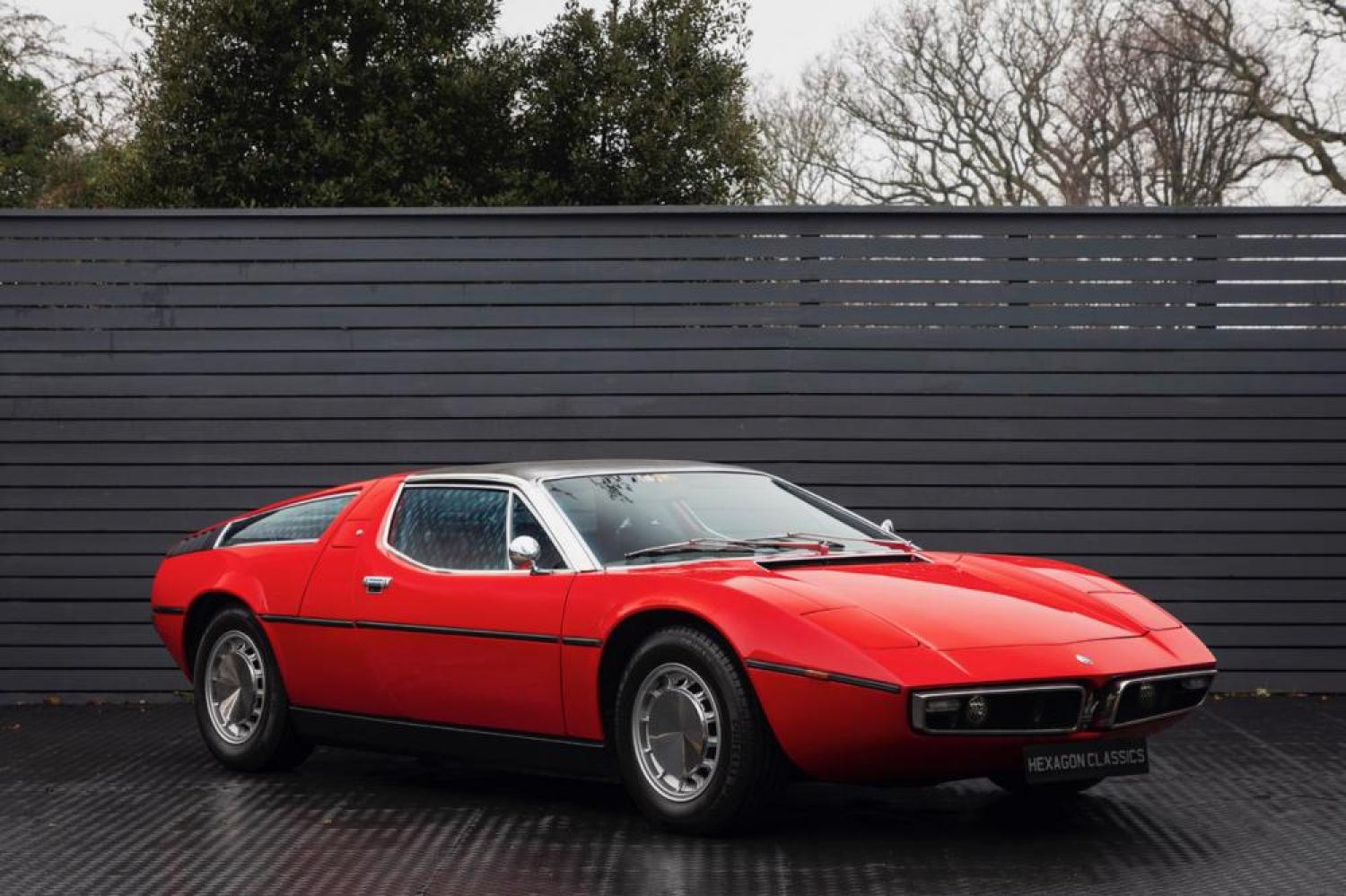 With fewer than 600 Boras being produced, only 289 were made with the original 4.7 litre engine. Hexagon Classics are proud to offer this 1972 Maserati Bora, which is one of the sought after 4.7 litre-engined cars. With so few units produced, it makes the Bora more exclusive and even rarer than its competitors at the time, Ferrari’s Daytona and Lamborghini’s Miura.

The Bora had several innovative features that distinguished the car from Maserati’s previous production. Compared to other supercars, it was civilized and practical, featuring a hydraulically-powered pedal cluster that could be moved forward and backwards at the touch of a button and a steering wheel that could be tilted and telescoped, addressing the familiar problem of entering and exiting the vehicle typical of many supercars.

Most supercars of the era offered little leg room and almost no provision for luggage, but the Bora has a full-size compartment in the front of the vehicle, and was known as being much more civilized than its competitors. Unlike other supercars, the Bora used dual-pane glass separating its cabin from the engine compartment, greatly decreasing the engine noise in the cabin and increasing the comfort level for the driver. The engine and five-speed ZF transaxle were mounted on a subframe attached to the monocoque via four flexible mounts, which also helped the ride quality.

Our Bora was originally sold in Milan Italy, and then exported to Switzerland in 2014. Whilst it was in Switzerland it was serviced and maintained by renowned Maserati dealership Garage Limacher AG, where various components underwent restoration.

Some may have thought that the Bora being released in the era of the Lamborghini Miura and the Ferrari Daytona would have been considered a tough call for Maserati to compete on level terms, but with a combination of work from none other than Giorgetto Giugiaro himself (the man who designed the DeLorean DMC-12 and the Lotus Esprit) and Italdesign Studios, made the Bora arguably more beautiful than its rivals. Not only was the Bora on par with its beauty, but also under the bonnet, with a 4.7 litre 90-degree naturally aspirated V8 producing around 310 horsepower which propelled the Bora to a claimed top speed of 171 miles per hour (275 kilometres per hour).

This wonderful example of the Bora is available to view in our London showroom.