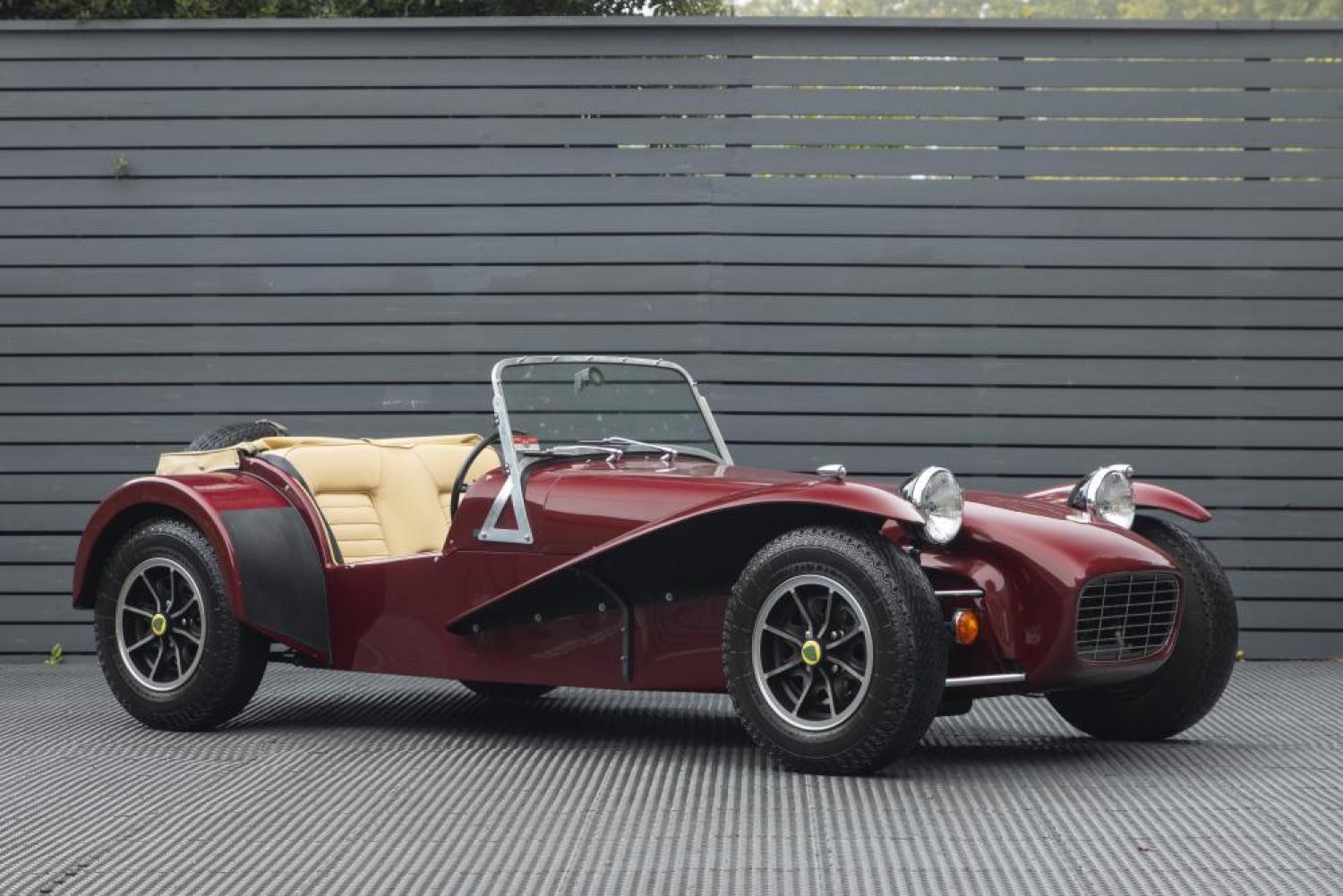 Hexagon Classics are delighted to offer this totally unique Lotus Super 7 S3 Holbay S, which was specially built at Lotus Components, Hethel to be used for publicity and motor show appearances. The car became the star of the 1970 Sports Car Show featuring in the original advertising posters was used on the front cover of the show’s catalogue.  This car also featured in road tests by many of the leading motoring magazines, (Autosport, Motorsport, etc), in its day.  Hot Car magazine wrote at the time, “And it’s the nearest thing that you’ll come to a racing car that you can live with on the road.”

In 1969, the new 120bhp Super Seven Holbay S was marketed by Lotus at £1,600, more than twice the price of their standard Lotus Super 7!  The John Read-developed Holbay S engine gave the car a definite performance edge over the base-model Super 7’s.  Weighing just 600kg, 0-60 mph was achieved in 6.2 seconds and it ran the quarter mile dash in just 15 seconds.  Top speed was claimed by the factory to be 114 mph. Without doubt, this car is an extremely rare, numbers-matching Super 7 with an unrivalled Lotus factory provenance.

Full restored and recommissioned by classic Lotus marque experts during the 1980’s with no regards to cost, (and beautifully maintained since), it has wisely retained its original Rolls-Royce- inspired factory colour scheme. The Super 7 Holbay S represents an opportunity to own a very significant piece of Lotus motoring history. Complete with extensive history files, green log book and period advertising articles, it is presented and maintained in quite superb condition it will make a wonderful addition to any Lotus collection.   Available to view now at our London showrooms.