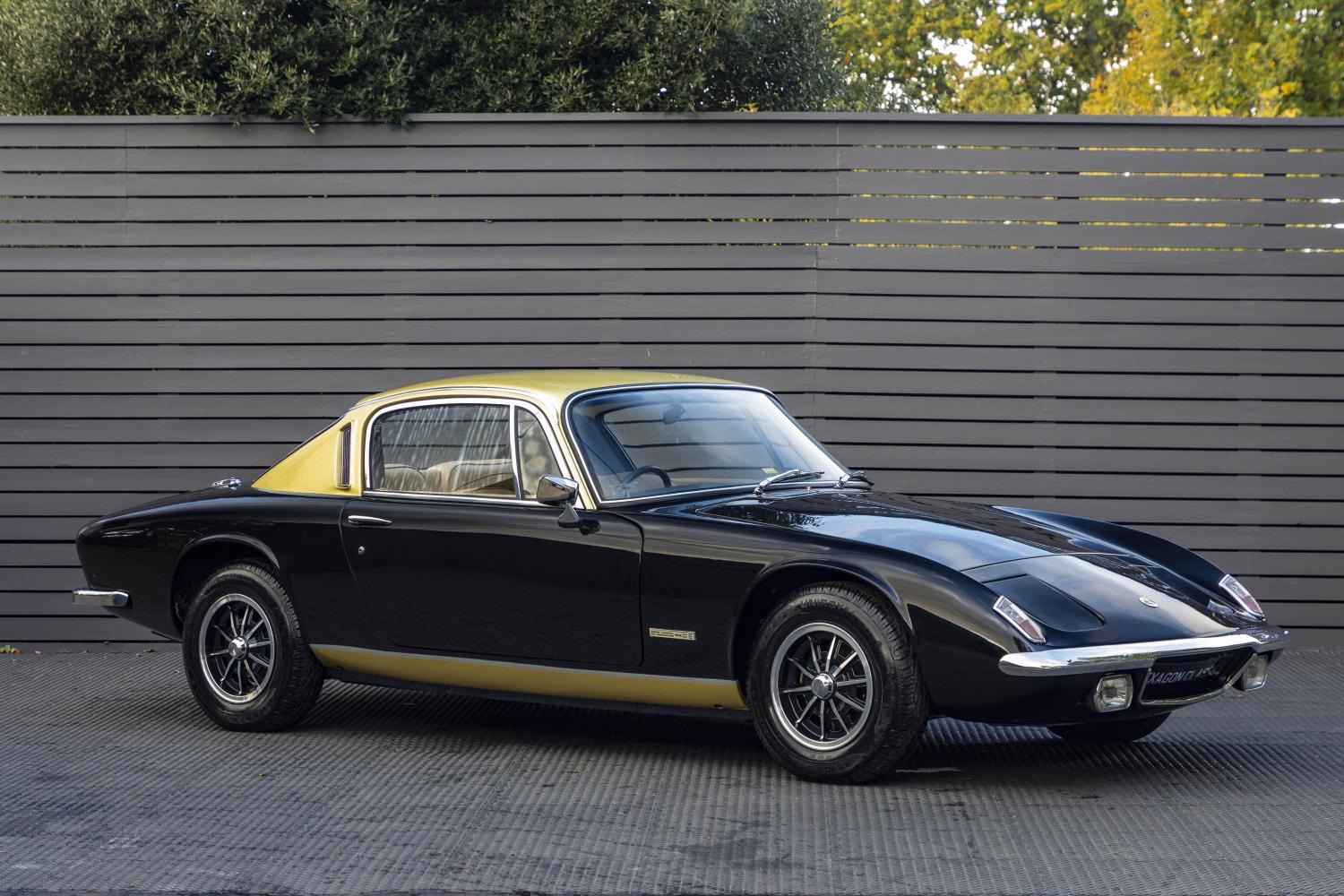 Hexagon Lotus London is delighted to offer this rare Lotus Elan Plus 2 130S/5 John Player Special.  Built to commemorate Lotus’s 50th Grand Prix victory, the iconic John Player Special Lotus Elan was delivered in the matching Formula 1 John Player Special colour scheme, so evocative of F1 champion drivers such as Emerson Fittipaldi and Mario Andretti, not to mention countless other stars. It sports one of the most iconic Formula One liveries ever to grace the modern racetrack.

The Elan 2 was revealed to the world in 1962 with a 1500cc engine and a four-speed gearbox in a small and stylish 2-seater roadster form. The Plus 2 (code named M20) was born and introduced in 1967. The Plus 2 had arguably better proportions than the Elan and the styling was unmistakably Lotus.  Hexagon of Highgate decided to develop the theme even further by engineering our own Plus 2 S Cabriolets in the early 1970’s!

In 1971, the +2S 130 was launched with a ‘Big-Valve’ version of the Twin Cam engine giving 126bhp hence the “130” suffix. It produced a maximum torque of 113lb/ft at 5,500 rpm, plenty of power to fully enjoy this lightweight sports car. The +2S 130 was an appreciable step up in quality with a raft of ‘luxury’ fittings from quartz halogen fog lights to burr walnut facia and electric windows. In October 1972, the long-called for five speed gearboxes finally arrived, to make cruising smoother, and the Lotus Elan +2S 130/5 became ‘the’ version to have.

Supplied by Aston Distributors Birmingham, in December 1973, the Elan Plus 2 JPS has been the subject of extensive recommissioning and with total disregard to expense.  The rare commemorative edition Elan Plus 2 John Player Special is also accompanied by invoices from Lotus marque experts detailing the recent £24,000 restoration. This is a fantastic opportunity to acquire a genuine JPS edition Lotus Elan Plus 2 130S/5 which is all ready to enjoy. A 12-month comprehensive warranty will also be included.

The car is available to view at our London showroom.