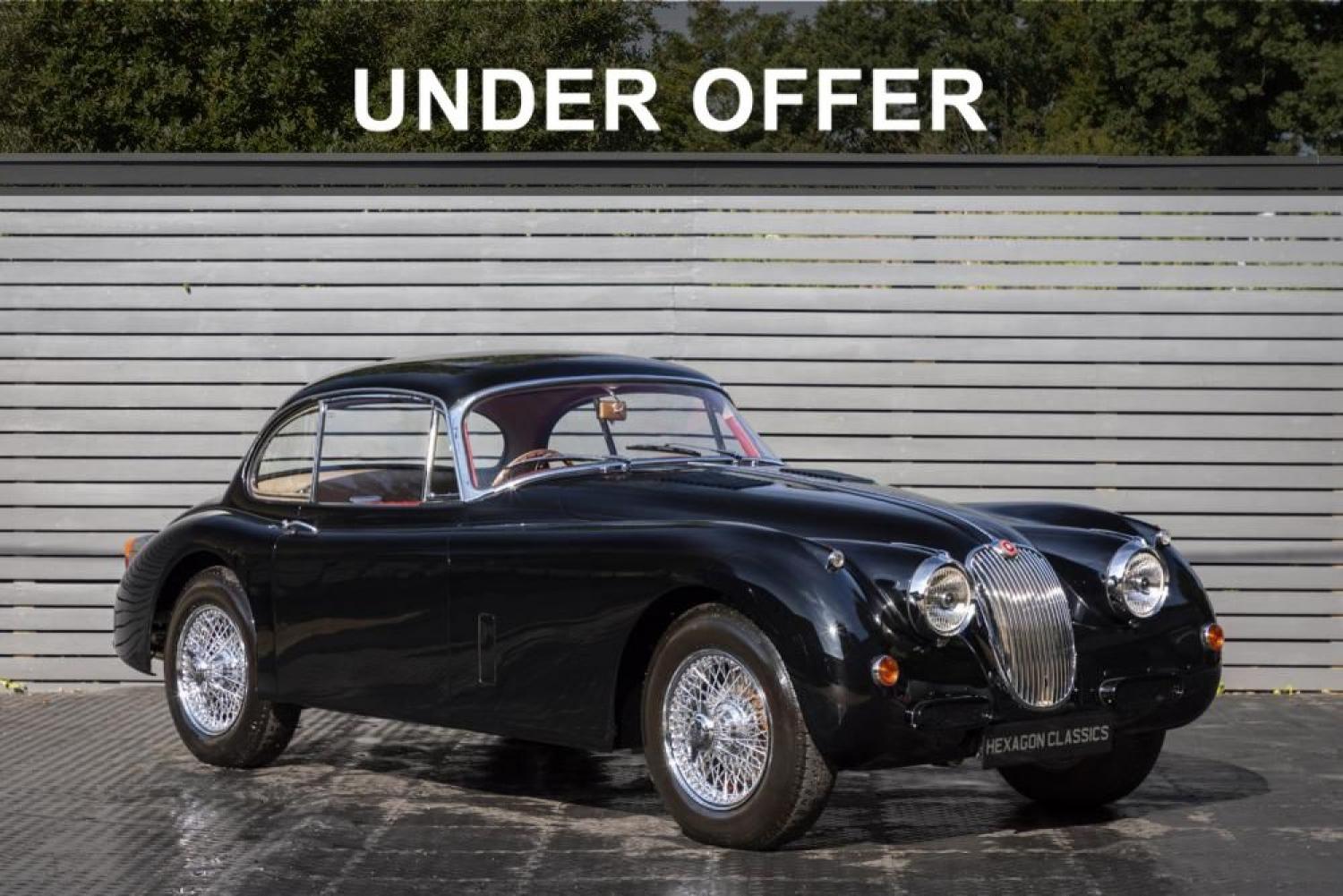 Introduced in 1957, the XK 150 was a more than worthy competitor for the BMW 507 and Mercedes-Benz 300 SL, and as the final evolution of the XK series, was the best and most highly developed. Styling was updated with a higher belt line, whilst race-bred four-wheel disc brakes, the first fitted to any production car, provided stopping power to match the car’s prodigious performance.

The car on offer here today was originally a 3.8 and has just come to the end of an extensive and detailed restoration which has involved the fitment on many highly desirable upgrades. The car is finished in black with red leather interior.

The restoration was a complete nut and bolt rebuild – the chassis was shot blasted, seam welded and strengthened in preparation for the modifications and enhancements that were planned. In order to ensure that the body shell was finished to highest possible standard, hand crafted replacement panels and bare metal preparation where required. The entire aim of the restoration was to bring the car up to fast road specification. In order to emphasise this aspect of the car, the front and rear bumpers were left off the body shell to reinforce the sports ‘look’ of the car. Another aspect of the body work restoration were the additions of front lower air scoops and bonnet louvres.

The engine was built with performance, usability and longevity in mind. The engine is now a 4.2 litre, short stud block straight six built to exacting tolerance. This new engine has fully balanced pistons, con rods, crankshaft, front pulley and damper. The flywheel and clutch assembly have been lightened and balanced to further enhance performance. In conjunction with all of this, the ceramic seal water pump has been uprated and an enhanced flow oil pump has been fitted. To further ensure excellent cooling efficiency, a super core radiator built with original top and bottom tanks and a thermo controlled Kenlowe fan have been utilised. The engine itself runs on Twin 2” SU-HD8 Carburettors in conjunction with a big valve and straight port cylinder head. This is mated to full stainless-steel exhaust system.

In order to complete this car to a fast road specification, the suspension and brakes have been uprated to ensure that handing is just as impressive as the engine plus a 5 speed gearbox.

On the comfort/visual side the car has power assisted steering, chrome wire wheels, individual bucket seats and a wood – rimmed wheel making this the ‘ultimate’ road XK.