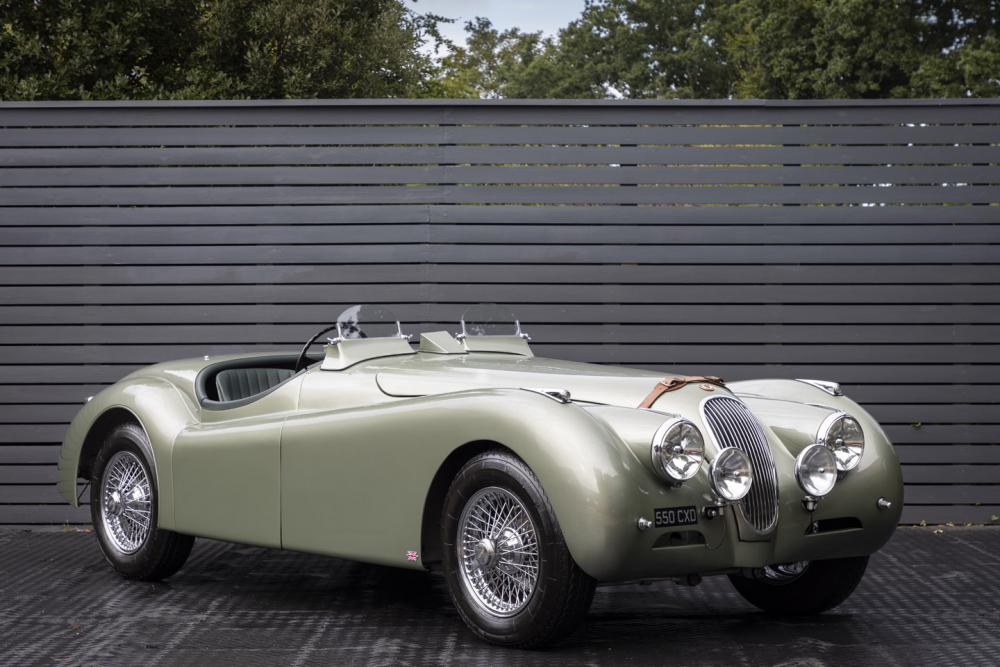 An opportunity to purchase a very special Jaguar XK120 which has been made even more desirable with fast-road upgrades and enhancements by renowned Jaguar marque specialists.

The Jaguar XK120 is a sports car which was manufactured by Jaguar between 1948 and 1954. It was Jaguar’s first sports car since the SS 100, which ceased production in 1940. The XK120 was launched in open two-seater form at the 1948 London Motor Show as a show car. The roadster caused a sensation, which persuaded Jaguar founder and design boss William Lyons to put it into production.

The “120” in the name referred to the aluminium car’s 120 mph (193 km/h) top speed (faster with the windscreen removed), which made it the world’s fastest production car at the time of its launch. In 1949 the very first production roadster, chassis number 670003, was delivered to US film star Clark Gable. On 30 May 1949, on the empty Ostend-Jabbeke motorway in Belgium, a prototype XK120 timed by the officials of the Royal Automobile Club of Belgium achieved an average of runs in opposing directions of 132.6 mph (with the windscreen replaced by just one small aero screen), and a catalogued alternative top gear ratio. In 1952 a fixed-head coupé took numerous world records for speed and distance when it averaged 100 mph for a week.

To meet demand, and beginning with the 1950 model year, all subsequent XK120s were mass-produced with pressed-steel bodies. They retained aluminium doors, bonnet, and boot lid. This very special UK right-hand drive XK120 OTS is a real opportunity for anyone looking for a fast-road Jaguar that has been prepared to an extremely high specification.