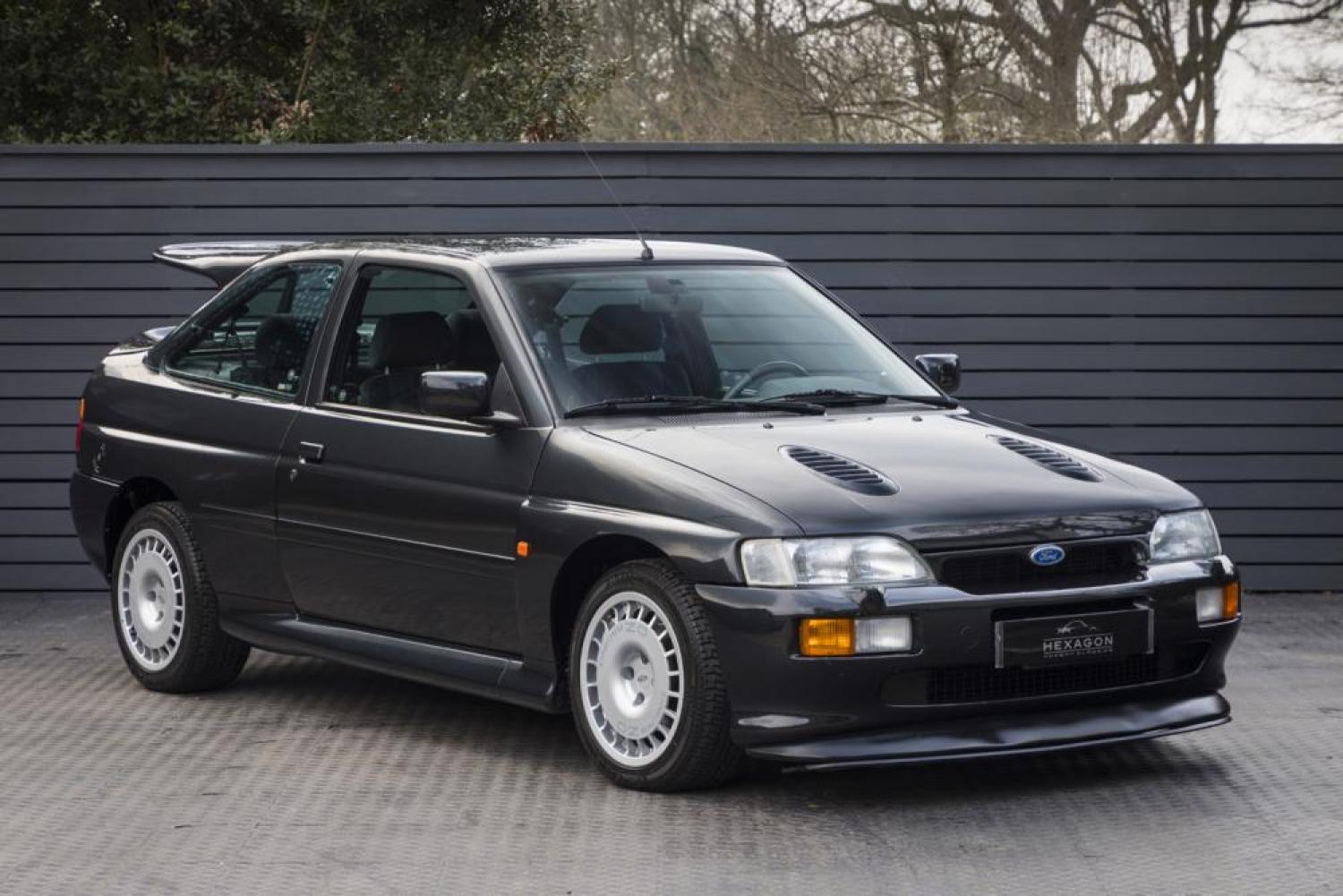 The Ford Escort RS Cosworth began production in 1992. The first 2500 cars, with their larger turbochargers, were produced as homologation specials to enable the car to compete in the Group A category of the world rally championship. The car competed in the world rally championship between 1993 and 1998. Production of the RS Cosworth actually ceased in 1996, by which time only 7,145 examples had been made.

The Escort RS Cosworth was technically a Mark V Escort, however it was actually based on the shortened four wheel-drive Sierra floor pan and used the latter's running gear. This meant that, unlike the mainstream Mark V Escort, the RS Cosworth mounted its engine fore-and-aft rather than transversely. The Escort RS Cosworth had many notable features that have become synonymous with the car such as the ‘whale tail spoiler’ and flared wheel arches. The engine was a 2.0 litre turbocharged unit that provided around 227 bhp. This, combined with a lightweight body, was enough to propel the car to 60 mph in 6.2 seconds and on to a top speed of 150 mph. Even to this day, the Escort RS Cosworth has a presence that few have matched since.

Finished in Ash Black with grey cloth interior, this very rare Escort RS Cosworth was delivered new in Italy to the Nespoli Collection (it changed ownership once but remained in the collection). It is one of the limited edition 'Motorsport' cars produced for the Italian market, this example being number '019'. There is no sunroof, but the car features electric windows and air conditioning as well as the desirable OZ racing wheels. The odometer reads 9,600 kilometres and the car comes complete with all books and tools, including the service book, and cancelled Italian registration documents. A true time-warp example of one of the most desirable Fords of the 1990s. This example, being one of the rare motorsport examples is surely one of best available on sale today is the perfect opportunity to acquire of the very best of one of the most iconic fast Fords of all time. It must be noted this is one of the earlier cars fitted with the larger Garret T3/T04 Turbo, making it the ideal car for the purist who is looking for an immaculate Escort RS Cosworth of the finest calibre. The car is available for immediate viewing at our London showroom,