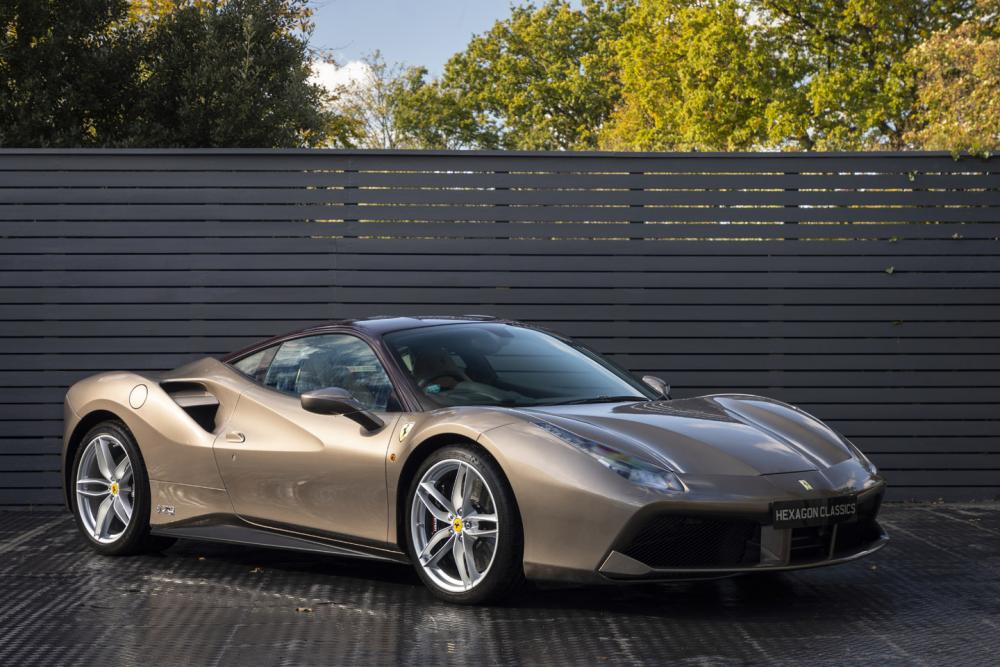 Few cars in recent years have created such a stir as the Ferrari 488 GTB and gained as impressive a reputation so fast. Upon its release, many were concerned about the introduction of turbocharging to Ferraris almighty V8 engine. However, these concerns were put to bed immediately and the 488 GTB immediately leaped into a class of its own where it has remained largely peerless.

To celebrate the companies 70th anniversary, Ferrari decided to produce a limited number of cars finished in 70 different liveries. Each livery harked back to the colour scheme of a specific car from the marque’s illustrious past. This decision enabled Ferrari to celebrate its history and also show off the abilities possessed by is Tailor Made Department. Each different livery would only feature on one of each of the models at the time. The cars being produced at the time were the 488 GTB, 488 Spider, California T, GTC/4 Lusso and the F12.

The 488 GTB on offer here has taken its livery from a highly significant car within the marque’s history. In 1953 Ferrari produced the 250 Europa Coupe. In total, only 22 cars were produced with 18 of them being styled by Pinin Farina and the final 4 being styled by Vignale. The car in question was the second car produced by Vignale, chassis number 0313 EU. The car rose to fame as having been delivered to Chinetti Motors New York in December 1953, it almost immediately went on display at the January 1954 world motor sports show in New York. The car proceeded to enjoy illustrious life in the limelight where it passed through the hands of a number of notable Ferrari collectors.

This 488 GTB pays homage to this vehicle and helps to mark an incredibly special car in Ferrari’s history. The car was supplied new to the UK and has since become one of the most prominent and recognisable 70th anniversary cars produced. In 2018, the car took part in the Monte Bianco Cavalcade where its status and notoriety only grew further.

The car was the 10th livery within the Ferrari 70th anniversary collection and represents a fantastic opportunity for the enthusiast and collector to own a car that commemorates a highly important car and time in Ferrari’s history. It is presented in immaculate condition and is available for immediate viewing at our London showroom.