Hexagon Classics are delighted to offer this rare RHD Ferrari 365 GTC for sale.  It is presented in its original understated colour scheme and is the epitome of 1960’s Ferrari style. Designed by the Pininfarina styling house, the 365 GTC Berlinetta was introduced at the Geneva Motor Show in March 1966.

The 365 GTC’s were more like their Ferrari 275 GTB counterparts than the 330 GT 2+2. The new car shared the short wheelbase of the 275 GTB, as well as its independent rear suspension, brakes, and rear transaxle. The 2-seater 365 GTC and its sister GTS were the last Ferrari models to be announced with a single overhead camshaft per bank, and two valves per cylinder engine, and although the 365 GT 2+2 model continued in production after the GTC, it had gone into production before it. The 365 GTC shared the same 5-speed transmission as the 330 GTC model. Four-wheel disc brakes were also fitted as per previous 1960’s Ferraris.

Production commenced in 1968, and the design of the 365 GTC differed from the last of the 330 GTCs by virtue of its engine bay air inlets now being sculpted into the bonnet rather than in

the car’s flanks. There were more significant changes to the refined mechanics: the new, larger 4,390 cc V12 engine produced a claimed 320 bhp and offered a more generous torque figure of 235 kW @ 6,600 rpm, which meant greater flexibility and livelier acceleration. Approximately 168 cars were built, of which just 26 examples were built in right-hand drive form.

Supplied new by Dick Protheroe & Co. to Executive Motors of Rugby in March 1969, the sizable history file contains valuable service, maintenance, and MOT records. It was then re-sold by Hexagon of Highgate in 1988. The car has since been meticulously maintained by Ferrari marque experts, and has also benefitted from an interior re-trim, as well as the fitment of air conditioning. These 365 GTCs have been increasing in desirability in recent years and have now found their true status in the Ferrari collector’s hierarchy of wants. This Classiche certified 365 GTC is now all ready for its new owner to enjoy. 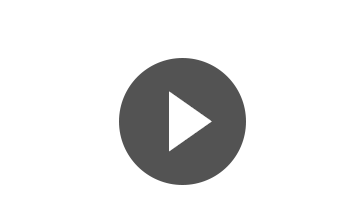