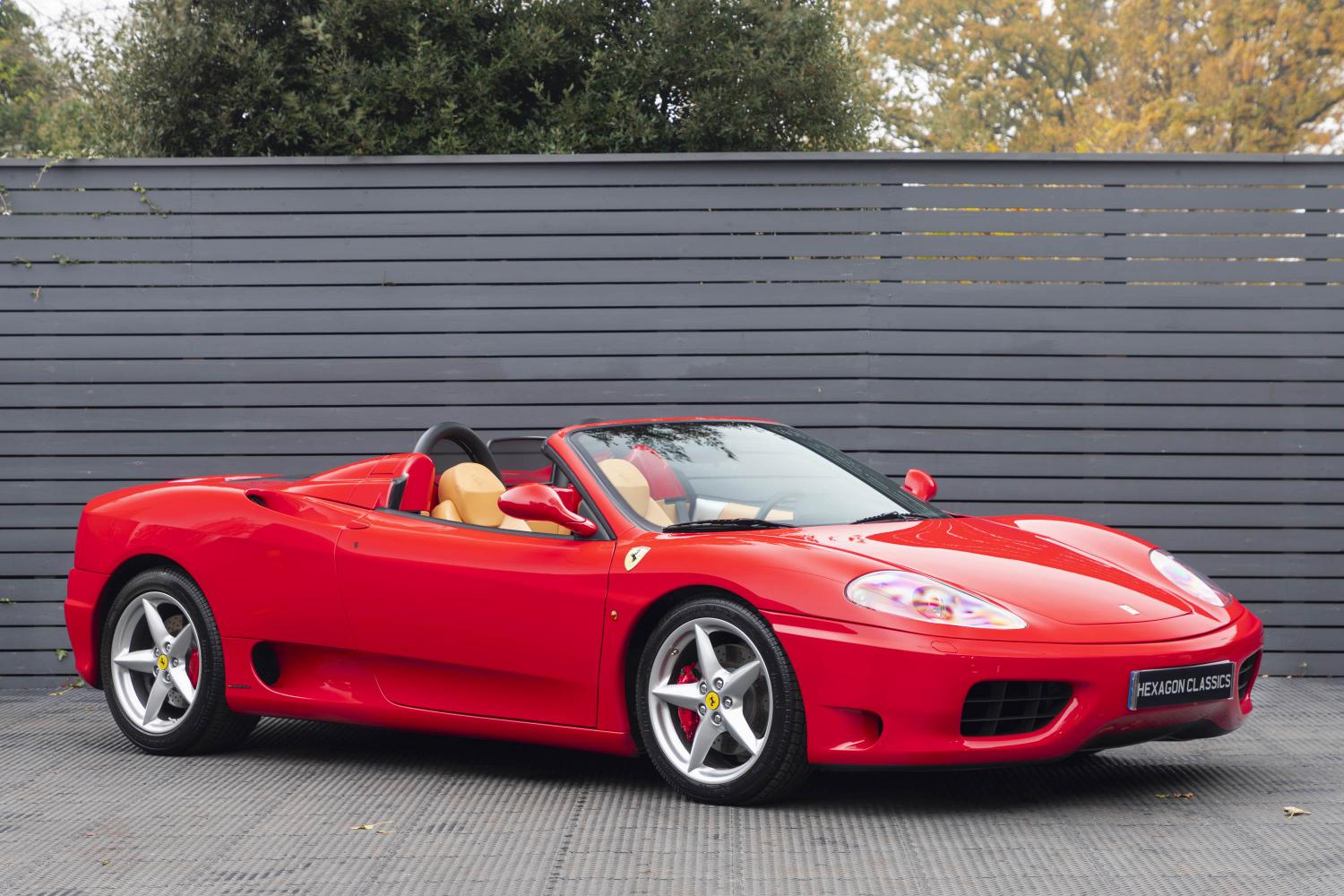 The 360 Spider was Ferrari’s 20th road-going convertible and was a record breaker in two quite different ways. It was also the best spider ever built at Maranello pre-2000 in terms of its technical content, styling and performance. In fact, this was the most technologically advanced spider in the world at the time of its launch thanks to the exclusive transfer of features derived directly from Ferrari’s experiences on the Formula 1 track.

Despite its 400-hp V8 engine’s mid-position (five valves per cylinder), the Ferrari technicians still managed to design a hood that folded away automatically inside the engine bay and guaranteed its superb purity of line. This was further underscored by two fairings in the bodywork to the rear of the seats which evoke memories of Ferrari’s classic sports cars and the roll-bars that guaranteed a safe ride for driver and passenger. The 360 Spider’s running gear was the same as the Berlinetta’s: a mid-rear 3586 cc V8 that punched out 400 hp at 8,500 rpm with a longitudinal gearbox in unit with the differential. The result was that both on the track and on the road the 360 Spider delivered almost identical speeds to the Modena. When the top was up or down, it could exceed 290 km/h, in fact. It was barely 60 kg heavier than its Berlinetta counterpart but had the same boot space and cabin space.

Retaining the aerodynamic efficiency of the Berlinetta was just one of engineers’ goals with the 360 Spider. This was achieved by using twin radiators and an undertray to channel air beneath the car to extractors under its tail. Long hours spent in the wind tunnel also meant that even though it didn’t have a spoiler or wings, it still delivered downforce of over 170 Kg at maximum speed, just 10 less than the Berlinetta. This downforce figure was achieved by adding a Formula 1-derived nolder on the leading edge of the tail. The Cd went the Berlinetta’s 0.33 to 0.36 in the Spider, well within normal range for a drop-top car.

Delivered new by Ch. Pozzi Ferrari, Levallois Perret, on 20th March 2003 to its first owner in Monaco, this Ferrari has been cossetted throughout its life. Now registered in the UK, with servicing completely up to date, it offers buyers a nearly new car experience for this sought-after variant. It is naturally complete with all tools, books and spare keys.

Now available to view at our London showrooms.