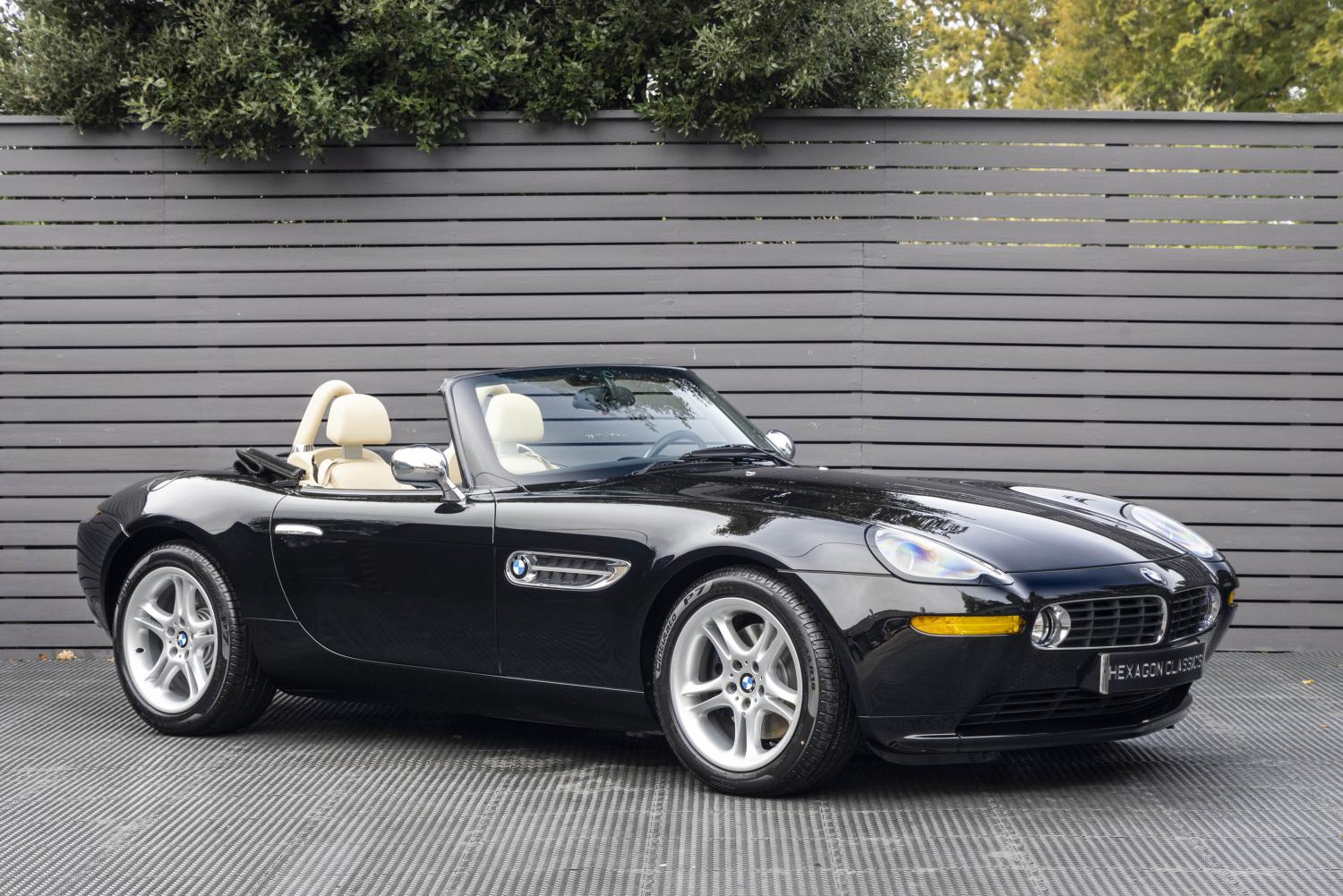 Hexagon Classics are delighted to offer this immaculate Z8, which has arguably the best colour combination. Remarkable even by our exacting standards, this one owner car from new; it had stayed in a private collection for over 20 years. This Z8 is the epitome of the modern classic.

The BMW Z8 (E52) roadster was produced between 1999 and 2003 in very small numbers. Originally designed by Henrik Fisker, as an homage to Albrecht von Goertz ‘s wonderful BMW 503 and 507’s of the 1950’s. The Z8 was produced almost unchanged from the Z07 concept show car that had caused a sensation when shown by BMW at the 1997 Tokyo Motor Show.

The side-mounted turn indicators were integrated into the side vents in a fashion that rendered them invisible until activated. The vintage simplicity of the interior was preserved by hiding the modern equipment under retracting panels. Complex compound curves were preserved using an expensive MIG-welded aluminium space frame. The Z8's spaceframe was produced in the Dingolfing BMW plant, and the car was hand-finished in Munich. The taillights and indicators are powered by neon tubes that offer quicker activation than standard lightbulbs and are expected to last for the life of the vehicle. Due to the limited volume of Z8 production, all elements of the car were constructed or finished by hand.

Our car was supplied by BMW Park Lane, London in March 2001 to its one and only keeper, and the running-in check & service was carried out at 1,428 miles. The last service was carried out by BMW Chiswick in May 2021 at 23,173 miles. The Z8 is complete with its spare remote key, and leather handbook wallet. A set of new Pirelli Corsa tyres have just been fitted, and the number plate “28 GB” will be included in the sale.

BMW Z8 roadsters like this are becoming increasingly difficult to find, and Hexagon are extremely privileged to offer this stunning car. A great investment for the future without question, this low mileage Z8 is ready to be enjoyed. It will also be supplied with a written 12-month comprehensive warranty.