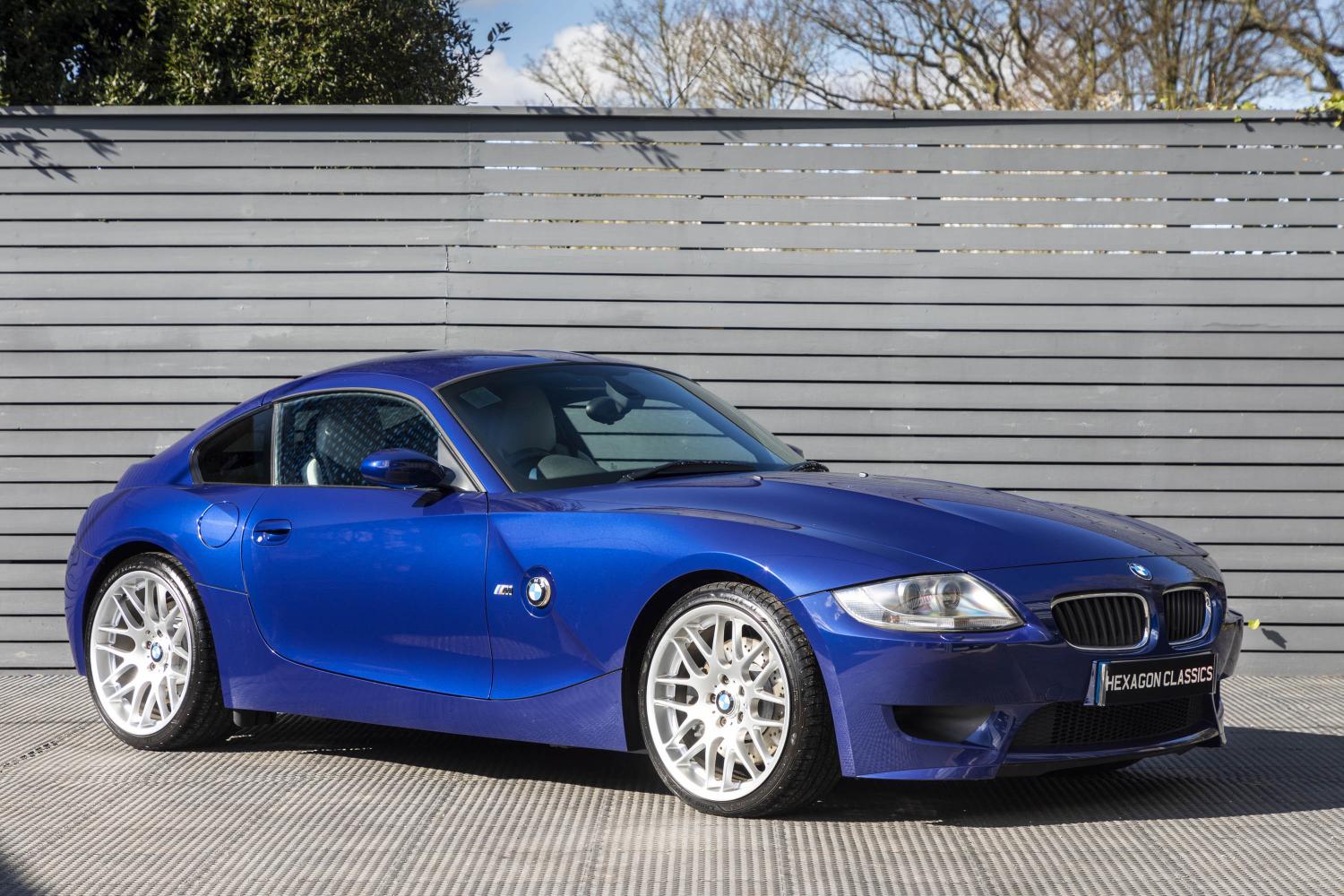 Hexagon Classics are delighted to offer our low mileage BMW Z4M Coupe presented in arguably the best colour combination. Previously one of the most underrated M Power products, the secret is now out. Collectors have woken up to the joys of the Z4M Roadster with its in-line 6-cylinder, 338 BHP engine, and it has belatedly enjoyed a huge rise in popularity amongst BMW collectors looking for investable sports classics. This Z4M Coupe has had just 2 private keepers from new.

Evo Magazine wrote “The numbers are compelling. The 3.2-litre M Power engine produces the same statistics as it does in the sublime E46 M3, (in the Z3 M a different exhaust system, it lost a few bhp), which means 338bhp at a heady 7900rpm and 269lb ft at 4900rpm. The claimed 0-62mph time is just 5.0sec, enough to see off a Boxster S. The Z4M Roadster manages to combine that performance perform in a way that retains a sense of excitement that is largely absent in the mid-engined Boxster. M Performance parts borrowed from the E46 M3 include the CSL's compound (aluminium hubs, stainless steel pins, cross drilled iron floating rotors) brakes and most of the M3's suspension components. Other changes include a hydraulic steering system which provides better feel than the electric system in standard Z4 models. Perhaps more important than the performance figures is the lap time set at the Nürburgring. At 8min 15sec, the Z4 M is said to be significantly quicker than the bigger coupe from which it borrows its engine and gearbox, and the M Division engineers state that it's 'completely different from the old Z3 M, much more responsive and consistent'. Its predecessor always felt like a bit of a hot rod. It was great fun, but it wasn't the most polished product ever to leave the hallowed M Works. The Z4 M Roadster is a serious attempt at bringing the M Power ethos to the roadster market. The throttle response sends out a similarly extreme vibe: every tiny input is rewarded with soaring revs and a shove in the back. Hit the Sport button and the response is positively hyperactive.”  Top speed is limited to 155 miles per hour.

The car was supplied new by Fawdington BMW Newcastle, in December 2006. Fawdington BMW then carried out the all-important 1200-mile running-in service in March 2007 at 1,173 miles.  The Z4M Coupe is presented in wonderful original condition with an excellent history file. Available to view at our London showrooms.