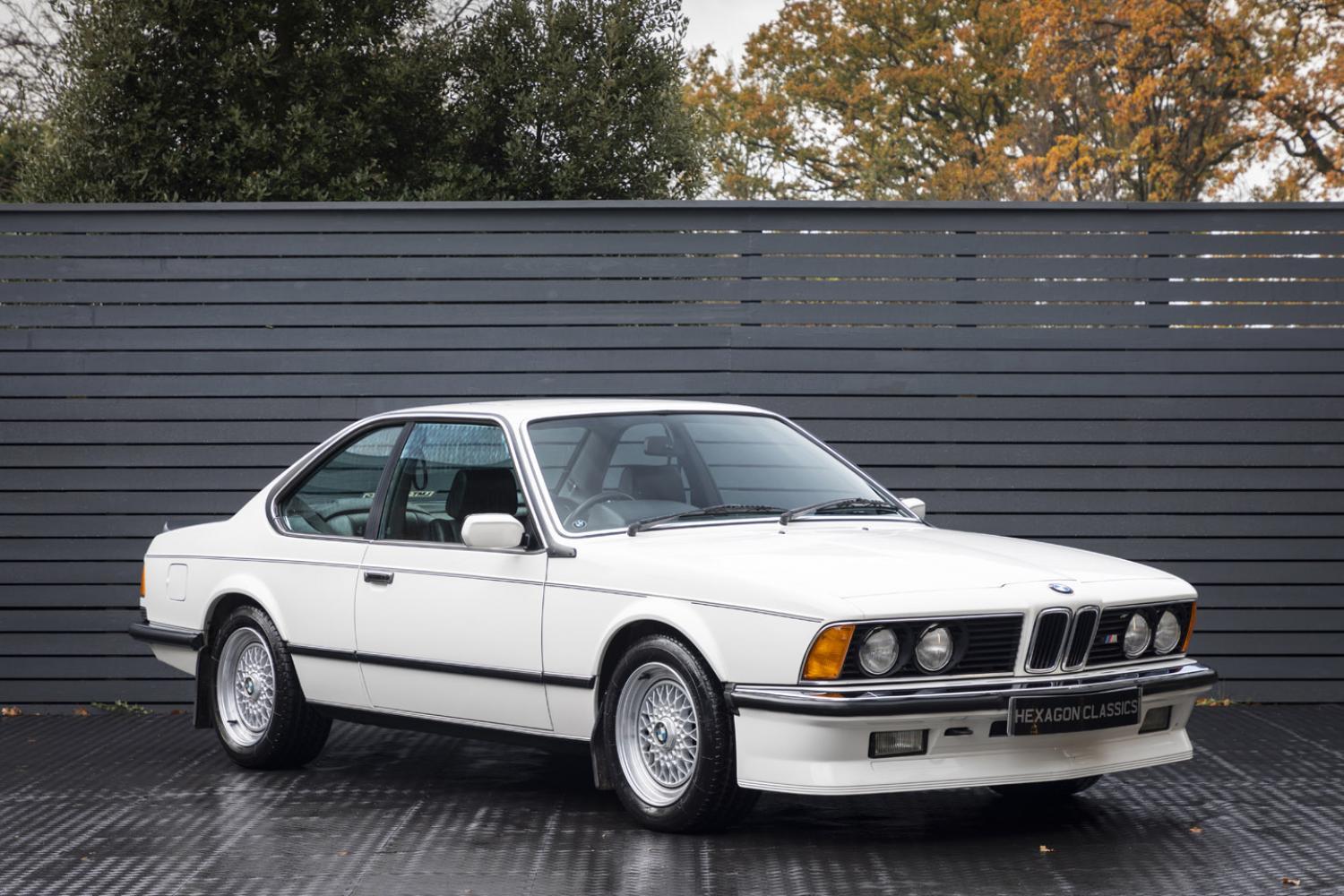 Hexagon Classics are delighted to offer this BMW M635 CSi coupé, a great example of a modern classic with low mileage and ownership. Just 522 RHD cars were produced.

The BMW E24 is the first generation of BMW’s 6 Series grand tourer coupes and was produced from 1976 to 1988.  The “Shark Nose” E24 was powered by a range of M30 straight-6 engines, its ultimate expression being found in the M635CSi.

The brainchild of BMW’s Motorsport department, the M635CSi, arrived on the market in 1984, its engine being developed from the M1 supercar’s 3453cc, 24-valve, six-cylinder unit producing 286bhp, with the increased power necessitating chassis improvements including, altered weight distribution, revised suspension, larger brakes and a limited-slip differential. Externally, the BMW M Technic body kit distinguishes the M powered version from its fellow 6 series coupes. Performance is impressive with the M635 CSi being capable of reaching 0-62mph in around 6 seconds and capable of a top speed limited to 155mph.

Auto Express wrote. “The BMW M635 CSi has cemented its place in the automotive history books. It offered peerless performance for its day, thanks to sharing an engine with the potent M1 supercar. And as the first practical M car, it kick-started the company’s now-famous Motorsport Division into life.”

Supplied by H.E Averill & Sons BMW, Norwich in September 1985, the remarkable service history confirms the recorded mileage of 53,100 miles and details 21 service visits, all bar 3 having been performed by official BMW Dealers, 14 by the same dealer. The important “Running In” service was carried out by the supplying dealer at 1,224 miles. The file also contains historic MOT’s and road tax discs.

Complete with its driver’s book pack and spare keys, tools and torch, these BMW M635’s are very rarely offered in such original and complete condition and presents a real opportunity to own what is probably the definitive 1980’s modern classic coupé.  Our M635 CSi has benefited from recent expenditure and will be supplied with a 12-month comprehensive warranty.