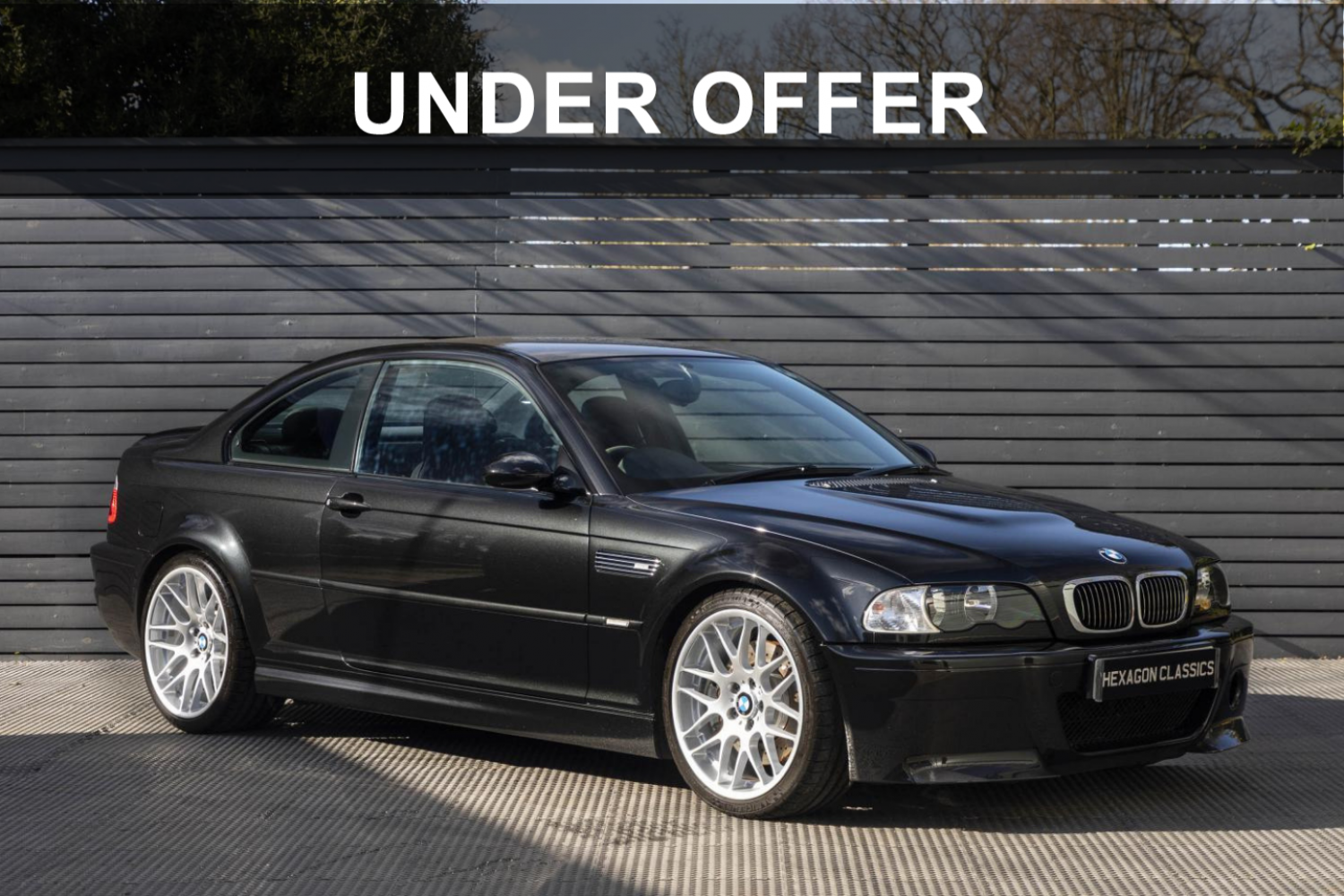 Coupé, sport, lightweight construction. CSL: three letters that give every sports car fan goose bumps. The BMW M3 CSL is regarded as an icon and the crowning achievement of the third M3 series. What's more, the M3 CSL still occupies the same unrivalled position amongst the various models in that series as it did when it was first launched. With it, BMW M took everything the top echelons of motorsport had to offer in 2003 and once again raised the sports car to a new level.

Road & Track magazine wrote “The formula for the M3 CSL is pretty much identical to the 3.0 CSL's. Many body panels were replaced by carbon-fibre pieces, including the roof, which saved 15 pounds and lowered the centre-of-gravity significantly. The interior was stripped bare - A/C and a radio were optional - and most of the sound deadening was removed too. The CSL only made 15 more horsepower than a standard M3, but a carbon-fibre intake manifold helped it to produce a glorious noise. It's the ultimate distillation of BMW straight-six sound.”  Carfection’s Henry Catchpole went on to say, “It's easy to see why for so many, this is one of BMW M's all-time greats.”

Although the CSL lost a considerable amount of kerb weight from its original version, the focus was put on strategically reducing or moving the weight in the car. This was to retain the ideal 50:50 weight distribution characteristics the E46 had. The roof was constructed from carbon fibre reinforced plastic. While this only reduced the kerb weight of the car by 7 kg (15 lb), it lowered the centre of gravity of the car and decreased body flex. The CSL was also given a retuned dynamic stability control system with an "M track mode" setting that allowed the car to be pushed to its limits before being activated.  By adapting its camshafts and valves, the engineers at BMW M were able to generate a further 17 hp and an additional 5 Nm torque; power output rose to 360 hp. The 0 - 60 acceleration time dropped to just 4.9 seconds.

Specially developed racing springs and dampers were given to the CSL, and a tightened steering ratio which improved responsiveness. The braking system was also improved with larger front floating rotors and larger pistons in the rear callipers, front callipers were the same as the standard M3 but with a larger calliper carrier to allow for the larger rotor.

Our M3 CSL was supplied by BMW GB in December 2003 who also carried out the all-important running-in service at 904 miles.  The CSL comes with a full-service history and has been freshly serviced, and the rear subframe checked.  A 12-month comprehensive warranty is also included. These CSLs have become highly sought after by BMW collectors and enthusiasts alike.   Available to view now at our London showrooms.