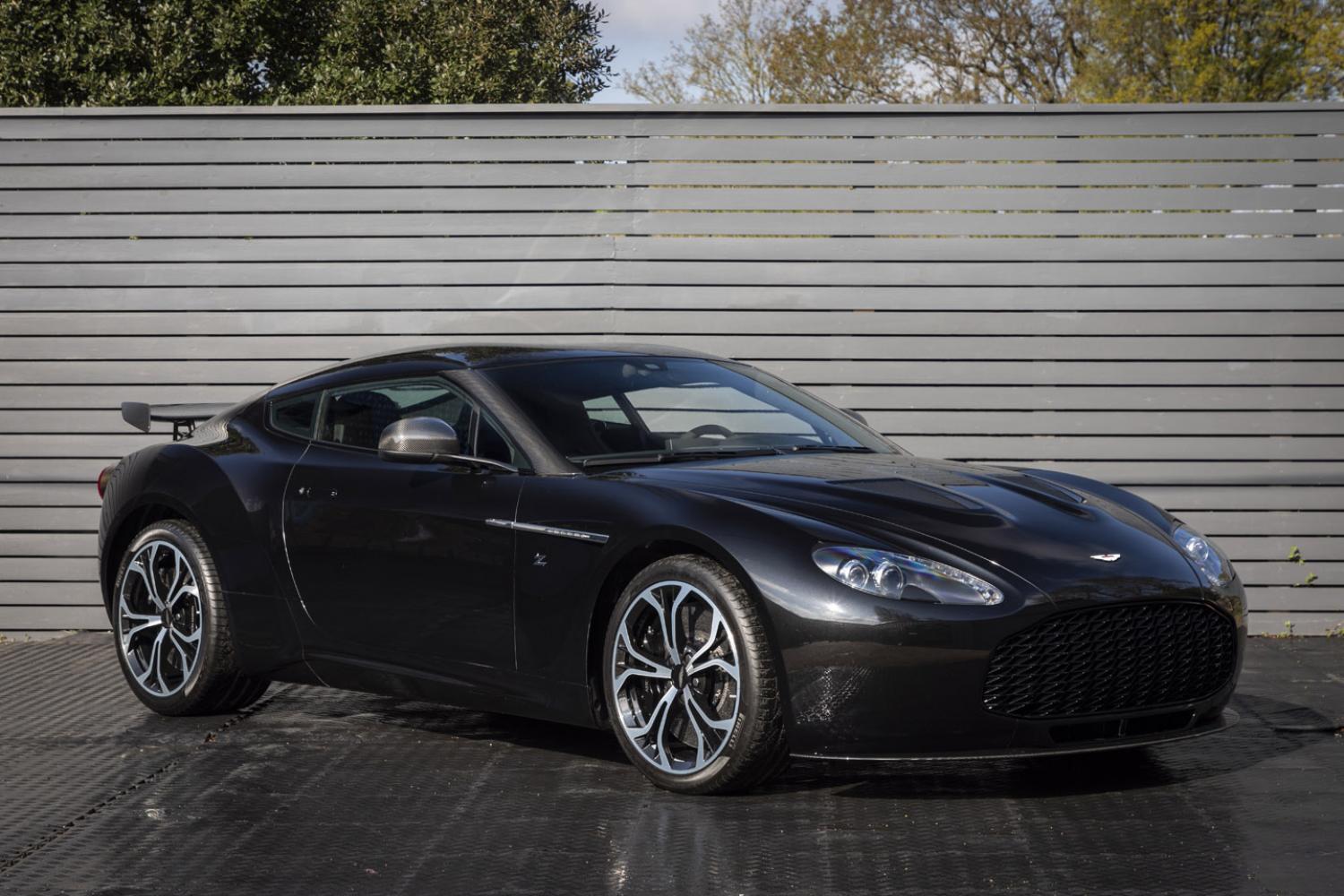 Hexagon Classics are delighted to offer this rare Aston Martin Zagato V12, one of just sixty-one edition cars produced, forty-four of which were left hand-drive.

Produced to celebrate the 50th birthday of the famous Aston Martin DB4 GT Zagato, this model used the proven Aston Martin 5.9 litre V12 510bhp engine. Having made its debut as a concept car at the 2011 Villa d'Este concours, then successfully entered in the gruelling 24 Hours of Nürburgring, the Aston Martin V12 Zagato was approved for a limited production run.  Originally conceived just for the race track, customers asked Aston Martin a for road-going version. They were certainly not disappointed.

The famous Zagato double-bubble roof was used once again. Its elegant light weight carbon fibre and aluminium body made sure that the Zagato not only looked stunning but was also well-suited to race tracks. They had 120 litre endurance fuel tanks and carbon-ceramic brakes. 100 hours of the 2000-hour production process were dedicated to the painting process alone. The Zagato features a retuned version of the regular V12 Vantage’s double-wishbone suspension with fully adjustable Multimatic DSSV dampers.  It also features a "Track" mode in the stability control system that lets drivers test their skills and take the car to its limits safely.

With a top speed of 190 mph and a 0-62 mph time of just 4.2 seconds, this is a very rapid motor car. With virtually delivery mileage only, this may the nearest chance of obtaining a new one.

Our Zagato has just enjoyed a recent service at an Aston Martin authorised dealer and is all ready to be enjoyed.   Available to view now at our London showrooms.