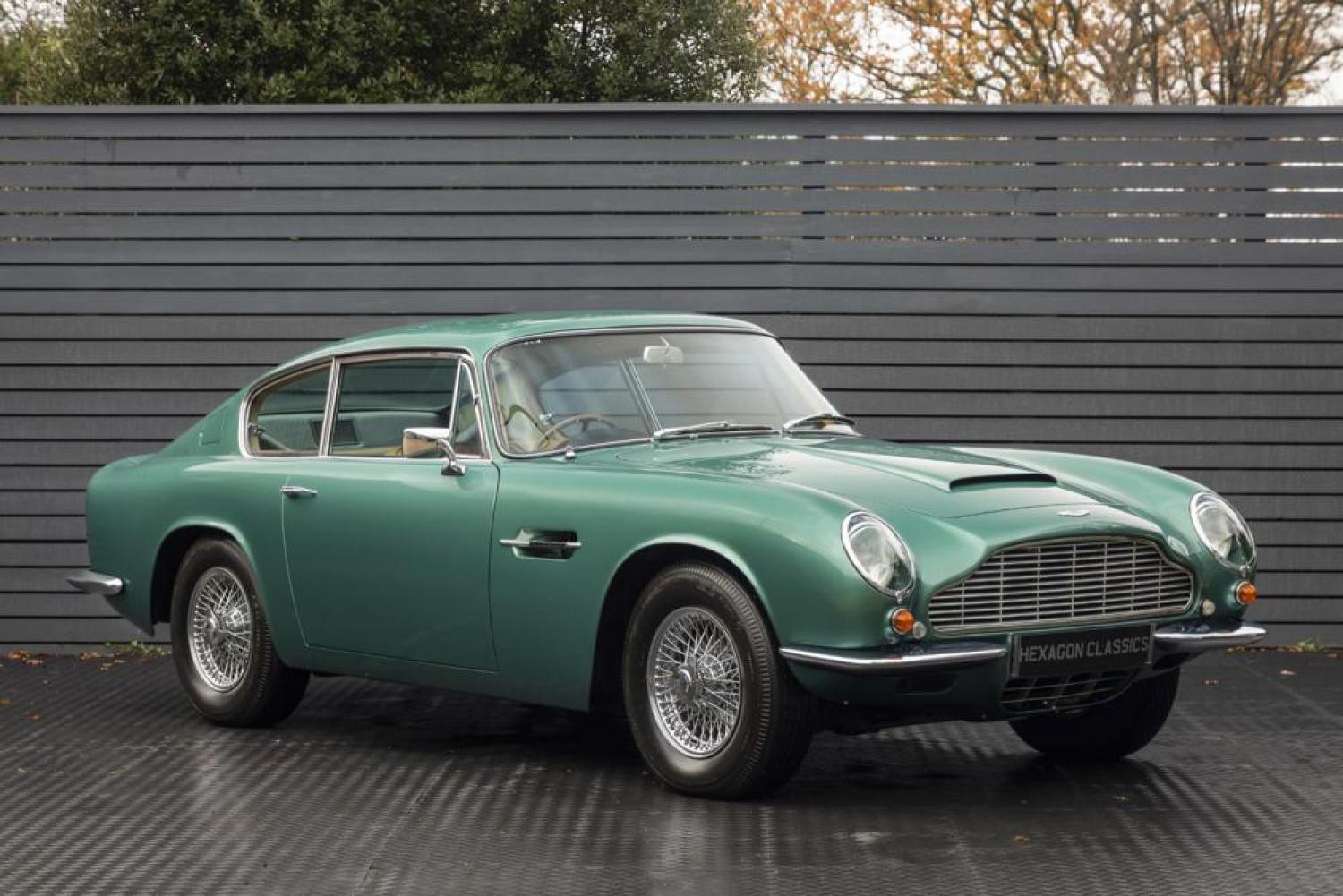 Hexagon Classics are delighted to offer this wonderful example of the final production series of the Aston Martin DB6; the Mk 2. Flared wheel arches accommodated 6”-wide wheels and high- speed tyres which improved grip and road holding, the seats were re-designed with contours to hold the passengers better, top speed was over 150 mph, and larger disc brakes added which stopped the DB6 Mk II from 100 mph to zero in just six seconds. Power steering was standard.

The DB6 had differed from its predecessors in having a longer wheelbase which, at 8′ 5¾”, was 3¾” longer than that of the DB5. This meant more room for rear passengers, which made the DB6 more of a family GT and helped it sell better than earlier models in the series. The bodywork was distinctive, with a slightly higher roofline than the DB4 and DB5, and featured an aerodynamically efficient abbreviated ‘Kamm’ tail.

Our correct matching numbers DB6 Mk 2 “Vantage” is documented by Aston Martin Lagonda Limited as being one of only 46 cars to be originally manufactured with the AE Brico fuel injection system. As this was not properly factory-developed, virtually all these cars were later converted by Aston Martin Service Department to triple Weber carburettors and air vent strakes changed to Vantage, as our example has been.  A significant improvement over the 285 bhp of the standard DB6, according to the factory this 5-speed manual car now produces a reputed 325 bhp and is presented in this ultimate specification.