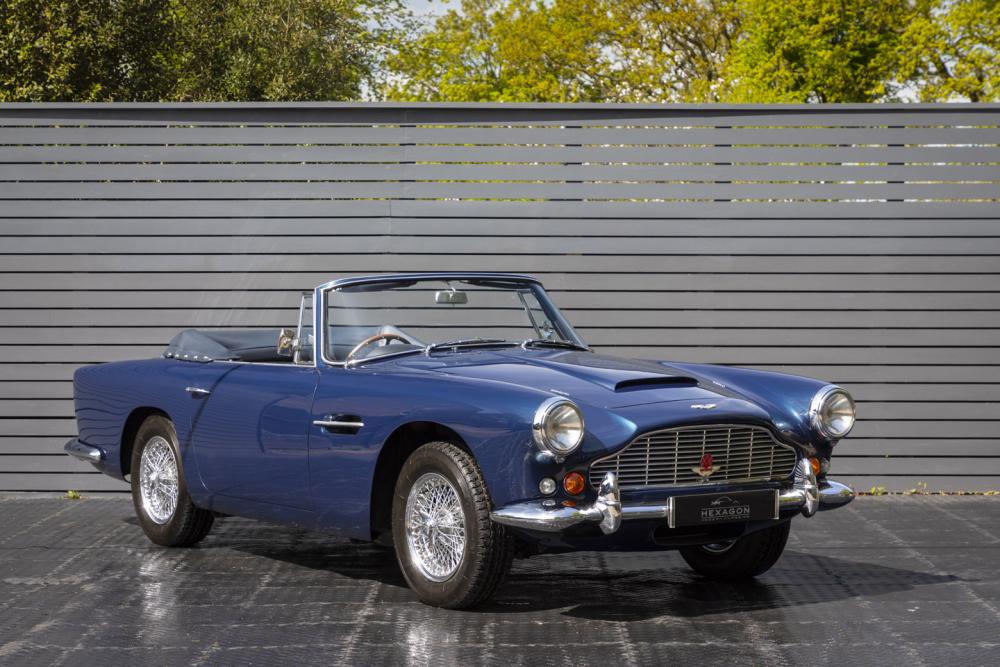 This DB4 is one of the rarest Aston Martin’s ever built. It is one of just 14 UK cars made. Originally known as the ‘Special Series’, these cars came to later to be known as the ‘Vantages’. The special series engine featured all new triple SU carburettors and uprated valve timing.

The car is offered complete with a comprehensive history file including £60,000 that has been spent with Trinity Engineering since 2009. The original handbook will also be provided with car. This is a fantastic opportunity to acquire to what is one of the rarest road going Aston Martins ever built and is decidedly the best of the breed when it comes to DB4 Convertibles.

The car is available for viewing at our London showroom and is an opportunity that surely cannot be missed.