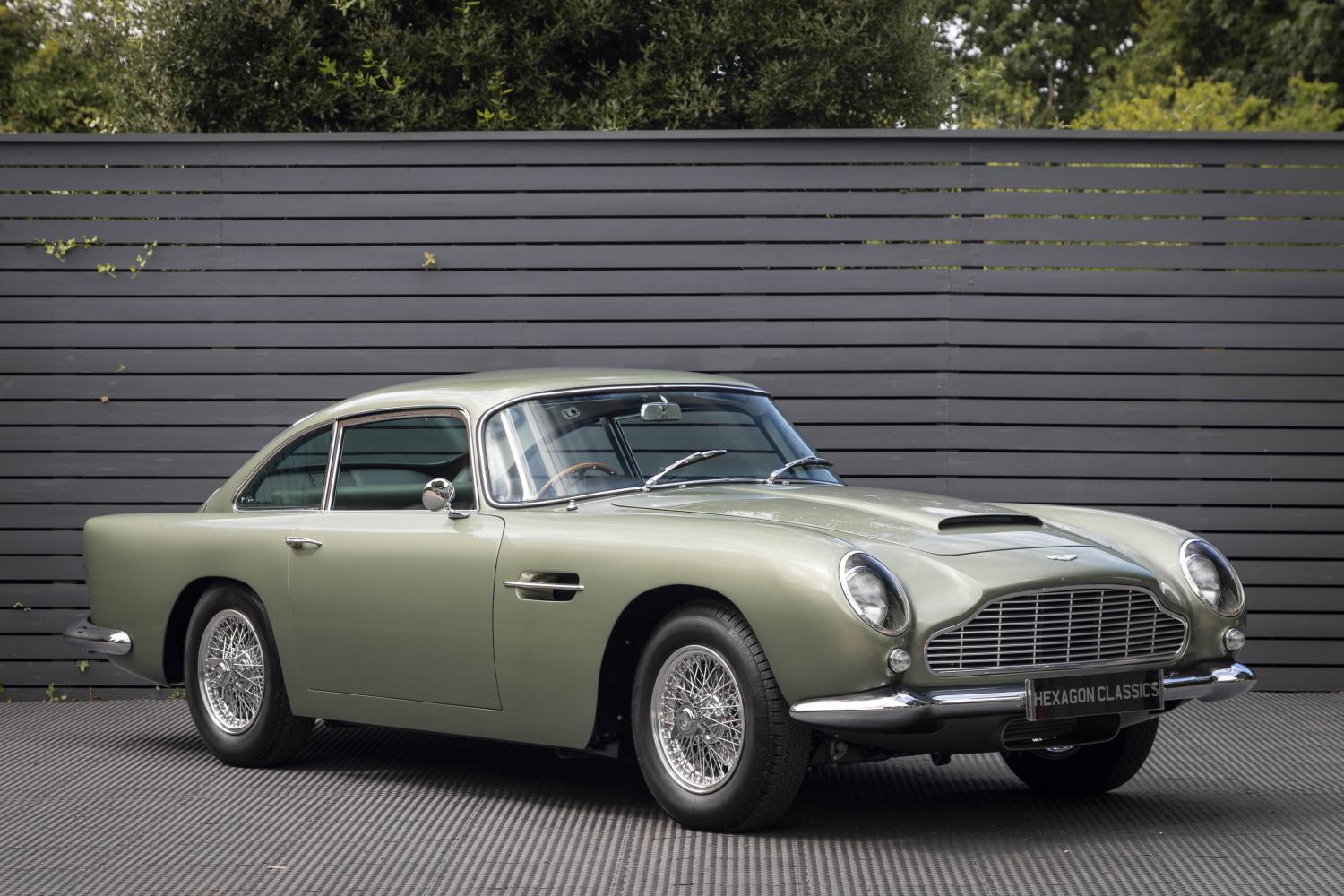 The changes to the DB4 Special Series Vantage model were at the top end. The cylinder head face was machined to raise the compression ratio to 9:1 and the larger diameter valves of the DB4 GT engine were fitted. The inlets had a 2-inch diameter and the exhaust valves a 1.875-inch diameter. There were three SU carburettors instead of the standard car’s two, and they were fitted with the oil cooler that was optional on the standard car.  Transmission was a 4-speed transmission with overdrive on 4th gear. The power output increased to a healthy 264 bhp.

The Series 5 cars had an electric fan fitted as standard, which solved the hot-running issues that affected earlier models. The faired-in headlamps were a distinguishing feature of cars with Vantage specification, and the distinctive rear lamp clusters had three round lamps with shallow chromed bases. The lower bonnet scoop further added to the improved appearance.

Our car was delivered new on 1st August 1963 by Francis Motors Ltd to a Mr F. Ginster of Birmingham.  Mr Ginster was a well-known car collector and the Aston Martin DB4 joined other Aston Martins, Jaguars and a Bentley Continental in his collection.  The factory build sheet confirms the matching numbers, and notes its non-standard equipment Motorola 818 radio, Sundym windscreen and Britax front seatbelts.  The DB4 still wears its valuable original number plate and has its instruction book,  two sets of keys, tool roll, jack and battery trickle charger also present.

In 1972 a Mr A. Taylor, who was a motoring enthusiast and the Tuning Manager at Mangoletsi, Knutsford, purchased the car and kept using it until 1980, after which he put it into dry storage. Hexagon Classics purchased the Aston Martin Vantage in 2014, and commissioned the no-expense-spared total restoration of this special car.  Presented in classic period Californian Sage livery, the car benefits from an Aston Engineering handling kit, a 4.2 litre engine capacity increasing maximum output to 281 bhp, electronic power steering, and sits on its gorgeous new Borrani 72-spoke wire wheels. This desirable DB4 Series 5 Vantage would be a jewel in any serious Aston Martin collection.