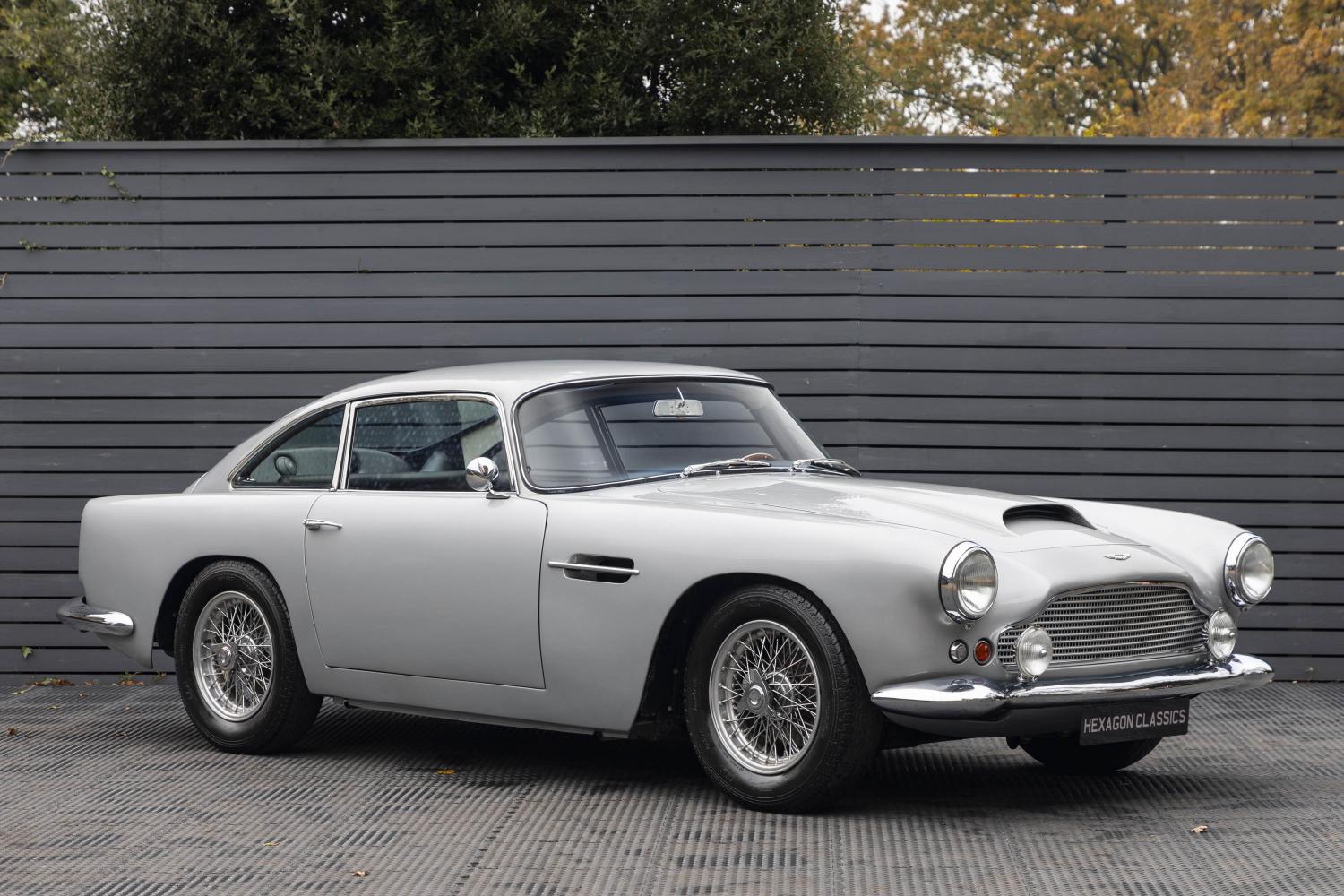 Hexagon Classics are delighted to offer this special Aston Martin DB4 Series 2.  October 1958 marked the launch of the DB4, a major turning point for Aston Martin as it was the first car of the David Brown era which neither used a chassis derived from the experimental Atom of 1939 nor an engine designed by W O Bentley. The DB4 was the first Aston Martin to carry Carrozzeria Touring’s ‘Superleggera’ bodywork, in which light alloy panels were fixed to a framework of light-gauge steel tubes welded to a platform chassis. Whilst the styling was undertaken by Touring, the DB4’s prepossessing fastback coachwork was built under license at Newport Pagnell by Aston Martin, which employed some of the finest panel beaters in the industry. This remarkable craftmanship resulted in a car whose sleek lines were described as ‘unmistakably Italian and yet equally unmistakably Aston Martin’.

Myriad enthusiasts would agree that the Series 1 & 2 of the DB4 range may be considered the most beautiful. A larger egg crate front grille, larger front bonnet scoop and straight rear ‘cathedral’ tail-lights proved pleasant aesthetic and practical additions from Touring.  With respect to modifications made on the series 2, the multitude of these were under the skin. Perhaps, the only simple way to separate a Series 1 from a Series 2 is the adoption of opening rear quarter lights made with flat glass rather than curved and a bonnet that is hinged from the front. The series 2 car also was fitted with uprated front brake callipers. Arguably, the most exciting development came under the bonnet. Derived from the six-cylinder Lagonda engine, this engine was completely rebuilt by Tadek Marek for the DB4 and had first been seen at Le Mans the previous year in the works DBR2 sports-racer, it retained the overhead twin cam but replaced the cast iron with aluminium and increased the capacity to 3.7-litres.

This DB4 Series II was bought in England by a French specialist, who decided to carry out a no-expense spared restoration. The car was stripped down and converted to left-hand drive. In 2012, the car was acquired by a collector. Desiring to use the car easily and safely, he decided to carry out certain upgrades, starting with a five-speed gearbox and power steering. The brakes are fitted with eight Coopercraft pistons and aviation hoses. The engine was rebuilt to run on unleaded fuel and fitted with electronic ignition, a larger fuel pump and an extra fan. Climate control was fitted for increased passenger comfort and the sound and thermal insulation has been improved. Front seat belts were also fitted.

The car is equipped with five Borrani wire wheels which complement the beautiful metallic grey livery. The elegant styling of this high-class GT, combined with upgrades for improved reliability result in a car perfectly suited to driving in today's traffic. This impeccable DB4 Series II is available for viewing in our London showroom.