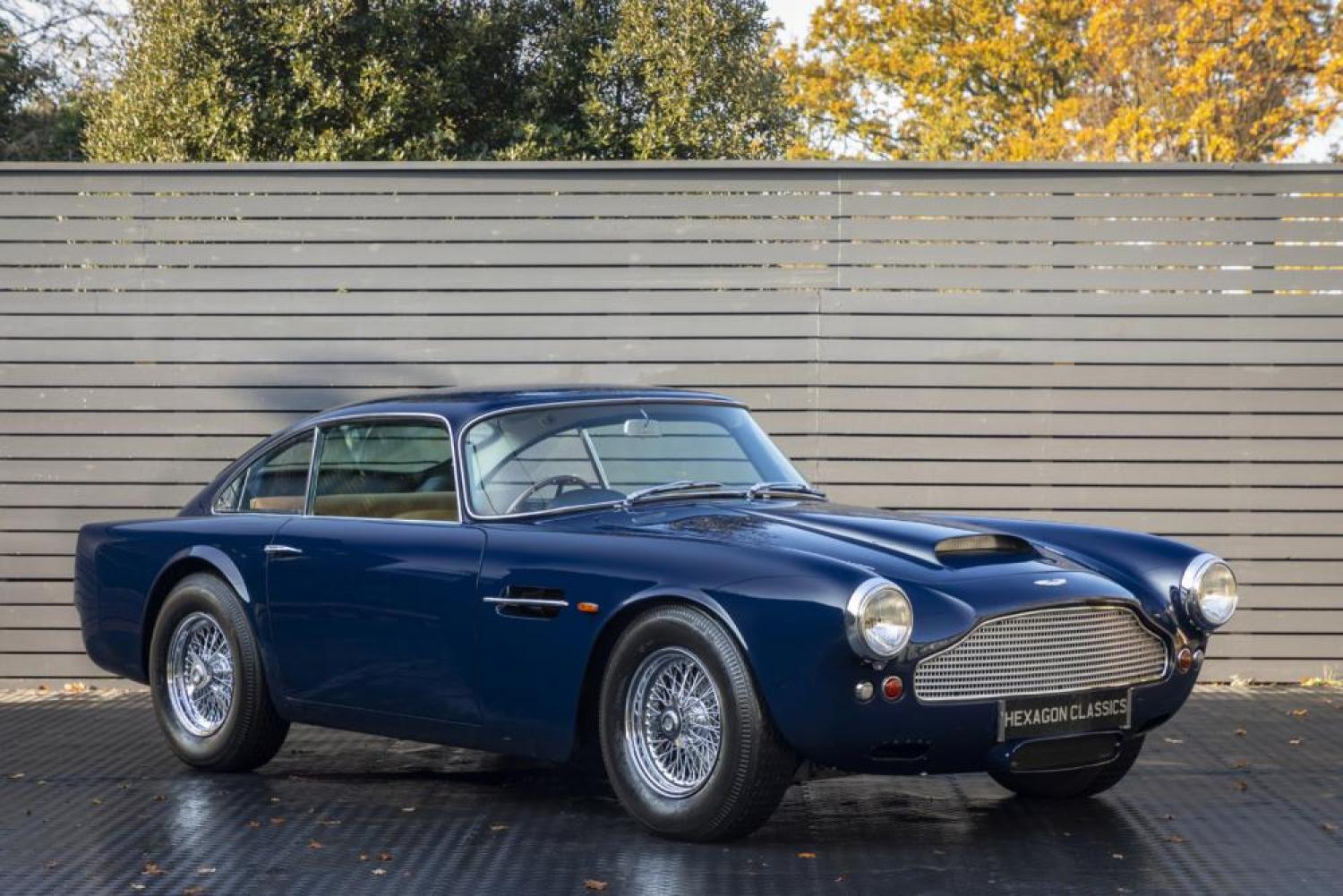 Hexagon Classics are delighted to offer none other than the R.S Williams’ own Aston Martin DB4, which as one can imagine, has not wanted for anything. This was just the third right-hand drive DB4 ever produced on the line at Newport Pagnell. This DB4 Series 1 must be one of the most unique Aston Martins on offer today. It also provides wonderful value especially when compared to the prices regularly achieved by DB4 GT models.

The exquisite aluminium bodywork was styled by Touring of Milan, utilizing their famed Superleggera lightweight structure. The first 50 cars had no over-riders, and frameless side windows. The DB4 has long been regarded by enthusiasts as the purists’ example, with its wonderful proportions and nimble handling.

Aston Martin registered the car as their London demonstration model, and then supplied it to its first owner Dolcis Ltd, Great Dover Street London, W1.  R.S Williams opted to upgrade the DB4 interior to the DB6 specification, converted the car to run on Vantage triple Weber set-up, and added the flared front and rear wheel arches to accommodate the larger offset wire wheels. This vehicle successfully competed in hill climb events, and its successes were legendary. It is the epitome of fast road specification. After eventually selling the DB4, Richard Williams continued to look after the car for its new owners,

Hexagon Classics have recently undertaken a full recommissioning of the DB4 by Aston Martin marque specialists’ Pugsley & Lewis and Prestige Restorations, at a cost of more than £222,000. The details of which included having its engine rebuilt to 4.2 litre specification, and unleaded fuel conversion.

Naturally, this rare and highly sought after DB4 is complete with a comprehensive history file, ownership records, factory build sheet, historic MOT’s and V5s, including the original buff log book copy and a BMIHT record. Its provenance and near concours condition make this one of the finest examples of its kind.

The DB4 Series 1also retains its original registration number of WLC 433. This important car which has now returned to its former glory, is available to be enjoyed straight away.