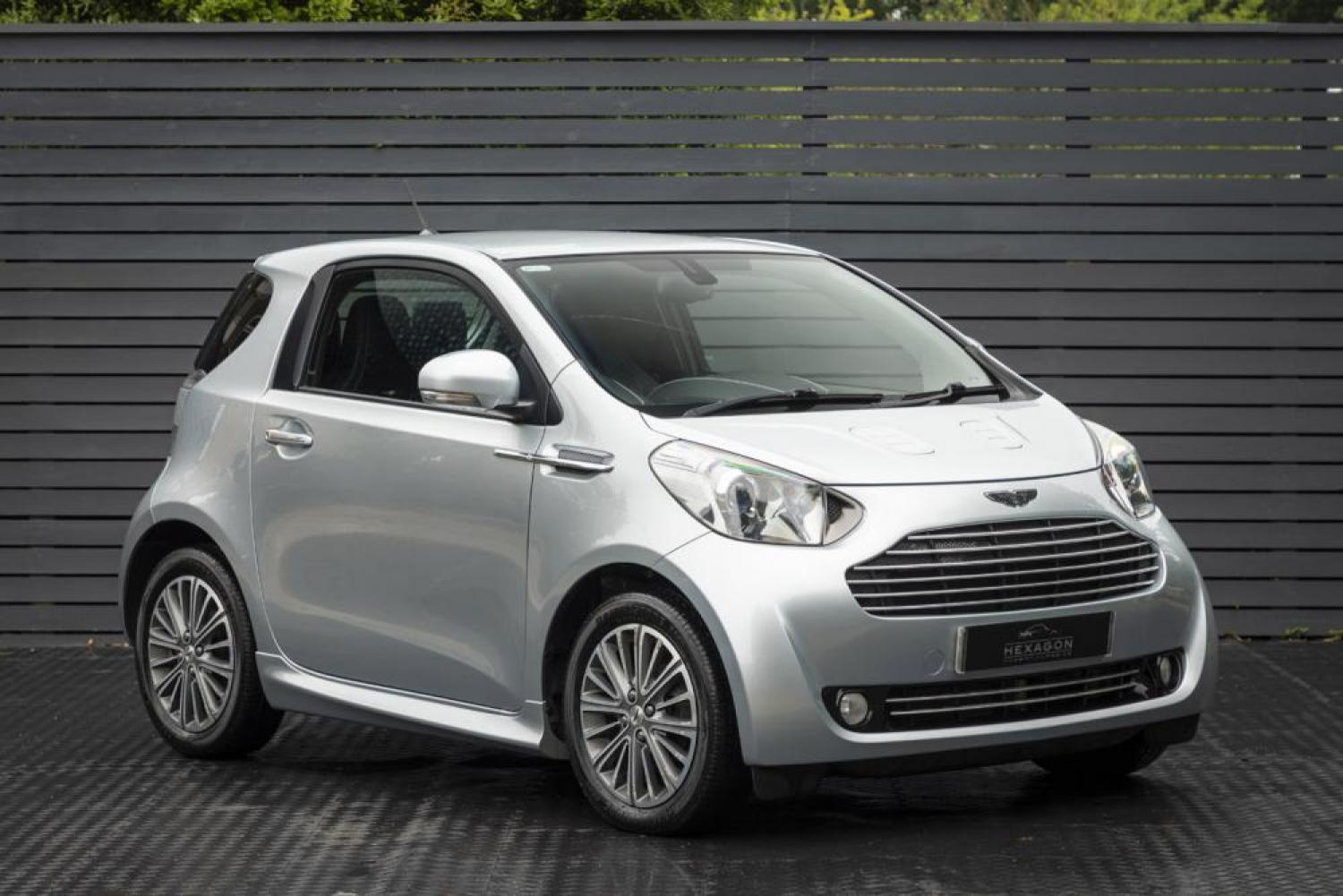 In 2011, Aston Martin launched their smallest car ever in the form of the Cygnet. Based on the underpinnings of the Toyota iQ, the Cygnet gave the exclusive Aston Martin customer the chance to own a car that was perfect for inner city use but that came with the prestige and prowess of the Aston Martin brand.

With production numbers being so small, only 143 cars coming to UK before the end of 2013, this is a fantastic opportunity to get into to the Aston Martin Brand at a fraction of the cost of other modern and new Aston Martins.

The car is presented in fantastic silver paint and complements greatly the signature Aston Martin radiator grill which was designed and produced by the same company that produced the radiator grill for the limited edition One-77 supercar. The interior is predominantly covered with black leather but in part, particularly on the seats, is beautifully complemented by cream alcanatara. It really is the interior of the Cygnet that makes the car shine above other city car rivals. The interior is bespoke Aston Martin and despite the compactness of the car, feels incredibly special inside which only aids in making the car feel great value for money. This is a fantastic opportunity to acquire one of the most luxurious city cars available and the car can be viewed at our London showroom.