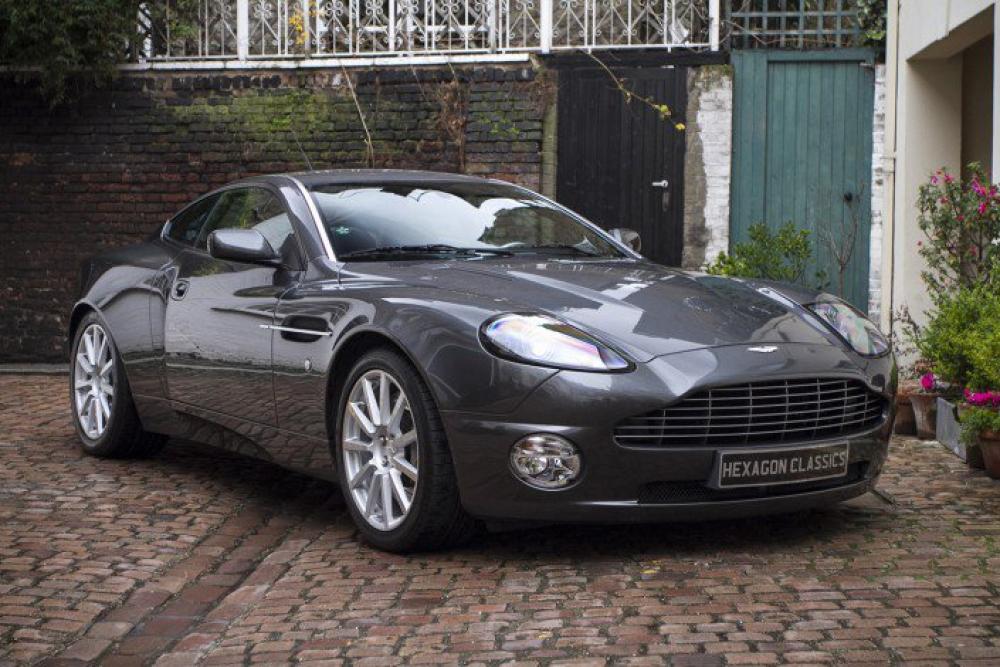 For over 30 years, Aston Martin used V8 engines in all the ‘V car’ range, but in 2007 they introduced a new V12 power unit to propel their top level cars through the first decade of the 21st century.

The Vanquish has been very much in the public eye ever since James Bond was reunited with an Aston Martin as “his much preferred mode of transport”, a highly modified V12 Vanquish in “Die Another Day” which was released to huge acclaim in 2002.

At the Paris Salon, September 2004, the long awaited Vanquish “S” was first shown to an expectant public. Some may have said that the image of the Vanquish may have suffered slightly in the shadow of the universally acclaimed DB9. So the Vanquish S as Aston Martin would like it known was intended to add significant distance between the two distinct models. The exterior changes were really quite subtle; a splitter at the front to improve aerodynamic stability, a more rounded and open grille for better cooling and a redesigned boot lid to give better down force. The quoted drag co-efficient was thus improved slightly from 0.33 to 0.32.

The Vanquish S redesigned interior has some differences from the original model; centre console covered in leather instead of being painted. For the 06MY Vanquish S, new 6.5 inch full colour satellite navigation system screen took prominence moving the starter button and gear selection switches down. The cars entertainment system is a 900W Alpine system, finally the cup holders were revised and the “S” is now fitted with a Bluetooth phone system.

Our car was supplied new in March 2007 and commissioned to be built to the following specification:

The Vanquish is presented in excellent order with the benefit of a fresh service just completed by an official Aston Martin Heritage service agent. Our very low mileage motorcar that has covered only 18,153 miles (29,214 Klm) represents excellent value for money for a truly hand built thoroughbred Newport Pagnel Aston Martin.