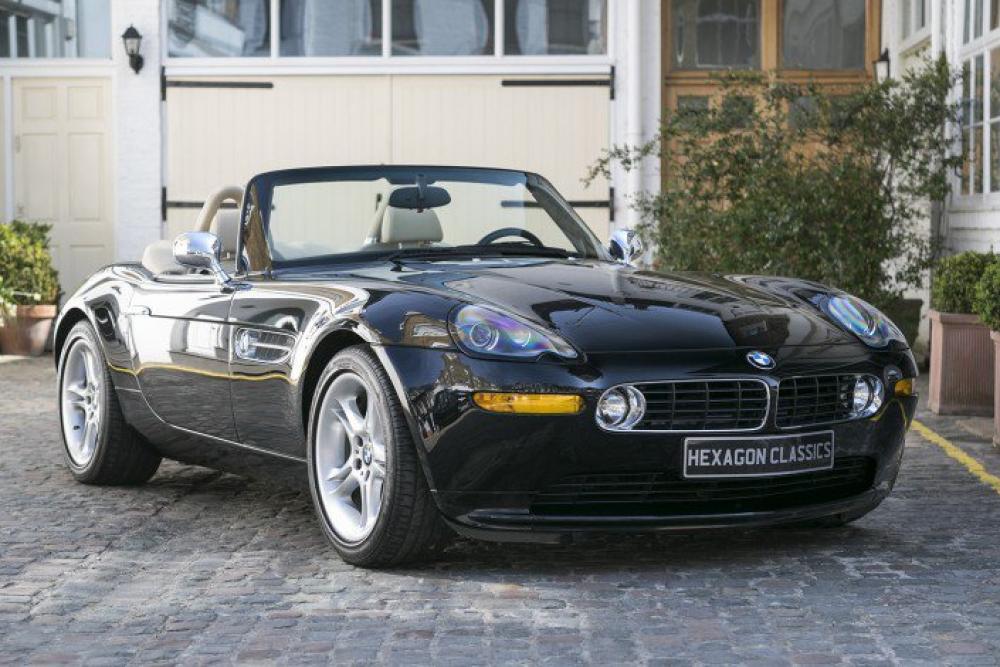 EU Supplied: Only 26,097 miles from New
Unique Ownership and Specification

The BMW Z8 was unveiled at the Frankfurt Motor Show in September 1999 by Mr Bernd Pischetsrieder, chairman of the board of BMW. The style played the nostalgia card, making an explicit reference to the sublime curves, of the most beautiful BMW 507 from the 1950’s. The Z8 was presented in the form of a roadster with sensual lines, the work of the much discussed house designer Christopher Bangle. It is based on a chassis of the “space frame” type, composed of an aluminium trellis with extruded sections combined with sheet metal cases. Its mechanics, a staggering 5 litre V8 reaching 400 bhp at 6,600 rpm and 500 Nm of torque, borrowed from the M5 saloon, took the 1,600 kg to 250 km/h and brought the time taken to get from 0 to 100 km/h to 4.7 s! The front suspension also came from the M5, while the multi-arm rear suspension was closer to that of the contemporary Series 7 saloon.

Six-speed manual transmission transferred the power to the rear wheels. The passenger compartment also played on nostalgia, with a dashboard made of composite material painted the same colour as the bodywork, as in the 1950s. The Z8 had its hour of glory on the screen when it was chosen as the vehicle for James Bond in the films Golden Eye and Tomorrow Never Dies.

Our unique car was commissioned to be built for the chairman of the BMW board Mr Bernd Pischetsrieder as detailed in the cars title document; finished in Black
with Cream Hide interior and supplied directly by BMW AG Muenchen.

Accompanying the car is a very comprehensive original supplied documentation which includes the following:

The car has completed only 27, 340 miles from new and is presented in superb order with original factory supplied Hard Top and stands. Complete with official factory service history from new, our post sale preparation will also include service and all safety checks completed at an official BMW Service Centre.

We believe this to be the best example anywhere. Available for inspection at our London Showrooms